Why the private sector must protect tourist destinations

The following is an edited excerpt from "Sustainable Tourism on a Finite Planet" by Megan Epler Wood (Taylor & Francis, 2017).

Destinations around the world are found in highly different stages of development. Humans naturally love to discover new destinations especially when they are in the bohemian stage, and voice crushed psychological disappointment as they change. Oddly, we travelers see no relationship between our arrival and the inevitable changes that come over time. We love being there first. 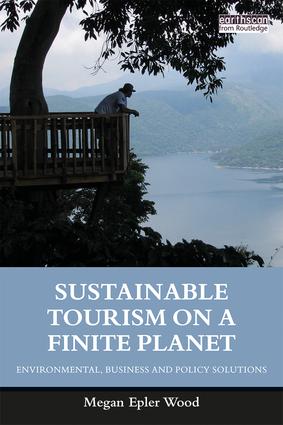 This is a very deep part of the human psyche, likely related to our early migratory behavior that has allowed the human species to spread relatively quickly across the planet as documented in the Pulitzer Prize-winning book "The Sixth Extinction."

The classic article by Stanley Plog, "Why Destination Areas Rise and Fall," brilliantly captures the human desire to explore places and leave them behind once they lose their distinctive character. Communicating what we discover, sharing it with others, allows destinations to grow, sprawl and ultimately become overcrowded.

Most of us then seek to move on. The fact that Trip Advisor is the largest travel website in the world speaks volumes about the human need to discover places and share our opinions with others. In 2014, this website received 225 million online reviews annually. The deep human instinct to roam and tell about it is without question a massive and growing social phenomenon, and it may be a human instinct, given our migratory nature.

In the 1980s, R.W. Butler sought to characterize these main stages of destination life cycles in his well-recognized tourism modeling research:

In the future, new systems of valuation of tourism’s assets will be required and can provide the basis for investment in green destinations. This will help to attract financing through green bonds, which are frequently offered by municipalities, bilateral trade and development agencies, private banks and multilateral banks to support investment in renewable energy, energy efficiency, sustainable waste management, sustainable land use, biodiversity conservation, clean transportation and sustainable water management.

Trust funds might be also established, such as the Protected Area Conservation Trust in Belize, which places public direct tax funds into a "lock-box" for reinvestment in ecological and community well-being. If reliable, funded and audited public financing instruments are established to protect destinations, this will establish that nations are placing a value on their tourism assets. This type of investment will be essential to the future of destinations seeking to maintain value in the long-term, avoid decline and generate net benefits for local people and ecosystems.

Residents and their local authorities must recognize that their destination is subject to cycles that can lead to the destruction of their most beautiful places. Very frequently, local stakeholders become so disillusioned with the overcrowding of their paradise that they can become angry and even jaundiced about prospects of arresting unsustainable growth. It is difficult to have our dreams sullied when destinations begin to decline.

Tourism life cycle review is a tool to help experts to develop strategies for a destination to avoid falling into decline.

To understand the growth of destinations and the exact demands this growth will have on local resources and residents is the best antidote. Systems to anticipate and calculate this growth, and pay for the services and preservation of valuable assets that will be required, is the only way to avoid the worst aspects of insistent demand.

Different steps are required to manage sustainability depending on which phase of development the destination is in. Emerging Destinations experience rapid climbs in visitor numbers, which can seem exciting and often bring on a delirious boom of development instead of a wise response to the potential of a bust. After the first flush of growth, medium scale numbers with continuing growth can be the best time to capture the steady state revenue potential of tourism.

But this requires policies to protect land, avoid speculation and preserve culture and the environment. Unless this is done, there comes an inevitable point when the destination becomes saturated and reaches Over-Development. Saturation can lead to a decline of demand. If the site is overcrowded and not protected it can also cause a decline in the pricing of the rooms and attractions, causing a death spiral and full devaluation. All stakeholders are/ must be responsible for managing destination cycles and arresting decline. Each sector must be accountable in new ways.

While destinations and their policymakers have yet to place a value on their essential natural and cultural attractions, socially responsible corporations have moved dynamically to demonstrate the value of tourism enterprises in local economies.

A pilot study in Cyprus by PricewaterhouseCoopers was performed with support from the TUI Group for the Travel Foundation, to create a Total Impact Measurement and Management (TIMM) system that seeks to estimate the value of economic, environmental, social and tax impacts to help decision makers and stakeholders to review their policy choices.

In Cyprus, tourism is a major source of economic development, with 6.8 percent of its Gross Domestic Product directly contributed by tourism in 2013. The study looked at the direct, indirect and induced impacts of the TUI Group’s operation in Cyprus, using eight hotels and their supply chains. Not all impacts were considered, such as biodiversity conservation, but the study offers a unique view of how governments together with business can look at the impacts of tourism business activity in their country to understand what is presently covered in terms of the cost of doing business in Cyprus and what is not.

This research demonstrates that TUI customers are covering the costs of doing business in Cyprus, with a total tax impact of TUI customers in Cyprus of 13.7 million euros annually or 25 euros per customer per night, one-third of which is directly taxed. The research indicates that the cost of managing tourism was $4.20 per tourist — well below the tax revenue generated per customer, making tourism a net positive form of development.

If reliable, funded and audited public financing instruments are established to protect destinations, this will establish that nations are placing a value on their tourism assets.

But the TIMM model does not explore how direct tax receipts are allocated, which leaves open the question of how well the destination is being maintained with these funds. Given that airport tax represented 50 percent of all direct tax revenues, it is likely that the costs for managing the airport are covered, but there is no further exploration of how the additional tax receipts are spent by the government.

AccorHotels undertook a comprehensive socio-economic footprint as part of their Planet21 research program on their $13.75 billion brand published in 2016, which was a similar exercise in understanding the economic impacts of their brand. This ambitious study breaks new ground as it makes very good estimates of the full global impact of the corporation, including hotels under management subcontracts and those with franchise contracts and their supply chains on local economies in 86 countries within 25 sectors of the economy.

A total of 22 billion euros in direct and indirect economic impacts was generated by the corporation in 2015 with a 3.1 percent multiplier effect caused by their total supply chain. Significant tax support to local economies, estimated to be $800 million annually in direct tax and indirect tax revenue generation, was documented, a useful set of statistics which also point to the need for the more research on how those funds are used to protect the natural and cultural products upon which this corporation depends.

These studies give a very strong indication that responsible multinational companies are in fact paying adequate tax to cover the cost of doing business within nations. But how countries could allocate those taxes in future to secure their destinations needs much more research. 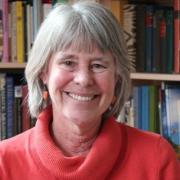 See all by Megan Epler Wood