Resistance to change is universal. For example, despite more than 30 years of good science and best practices that support conservation agriculture in the United States, less than 5 percent of U.S. soy, wheat, and corn farmers use cover crops, and only 25 percent have adopted crop rotation and conservation tillage practices, even though the country is losing more than 10 billion tons of soil each year as well as more than $50 billion in social and environmental benefits. One challenge is the increasing percentage of farms owned by investors who lease land year to year to the highest bidder, which gives farmers little incentive to invest in conservation practices that might take years to be fully realized. Nevertheless, [The Nature Conservancy (TNC)], along with a consortium of farmers’ groups and a contingent of seed and fertilizer companies, has set a goal of getting half of the country’s wheat, soy, and corn crops into conservation tillage by [2025] (PDF). To achieve this goal, the same kind of incentives, extension services, and creative financial mechanisms being advocated for in the developing world are going to be needed in the United States too.

Building capacity and providing patient capital at the farmer level is a big challenge; at NatureVest, it is referred to as the last-mile problem. Although big-picture interventions are often understood in theory, the capacity of farmers to implement these solutions on the ground is often quite limited. Nearly everywhere these challenges exist, we need to dramatically increase the number of intermediaries who can help farmers through the difficult but necessary transition to new cropping and livestock-raising systems.

It is all high-risk business, and as such, it is not always successful. Several years ago, TNC entered into an agreement with an agricultural consulting company in Argentina with the objective of helping farmers improve sheep-grazing practices. Years of overgrazing had left the region’s grasslands substantially degraded; in fact, at one point in the early years of Patagonia’s colonization, more than 45 million sheep roamed free. Today, the region is home to between 5 million and 8 million sheep, but even that number may be too many.

Building capacity and providing patient capital at the farmer level is a big challenge; at NatureVest, it is referred to as the last-mile problem.

The restoration plan, called the Patagonia Grassland Regeneration and Sustainability Standard, or GRASS for short, incorporated conservation science, planning, and monitoring into the management plans of wool producers. The idea was not new: rather than grazing sheep in one place continually, they are moved in and out of different pastures depending on the conditions of the grasses. This practice encourages more diversity of native grass species and expanded yields from the revitalized pastures. Done well, ranchers, sheep, native plants, and animals can thrive together.

But what motivates ranchers to make these investments in better management and fencing? The basic business idea of GRASS was to improve management practices on ranches and produce a certified wool product that would attract buyers willing to pay more for sustainably grown wool. The program attracted two early adopters, Patagonia, Inc., a brand committed to sourcing their raw materials sustainably, and Stella McCartney, a high-end clothing manufacturer and daughter of Paul McCartney. Prior to this venture, both companies had been buying their wool primarily from Australia and New Zealand, but for Patagonia in particular, a shift to sourcing from Argentina provided a nice opportunity for alignment with their brand. Dozens of ranches signed up to participate, and many saw measurable yield improvements, even though the initial wool purchases were small.

Despite the program’s early successes, the program became unraveled when the People for the Ethical Treatment of Animals (PETA) released video footage of alleged animal abuse occurring at some of the ranches. As chief conservation officer of TNC at the time, I can say that I was not very happy with these practices, but I thought some of the allegations were overblown. For example, PETA considers docking tails of sheep to be inhumane, yet it is long-standing practice that arguably improves the health of animals. Nevertheless, both Patagonia and Stella McCartney abruptly ended their contracts with GRASS, and without a market partner, the program has failed to scale to a commercial model. Although any improvement in grazing is useful, the expected impact across the landscape now seems a distant objective.

Because feeding the world is an absolute imperative, farmers, investors, and aid organizations continue their quests for new models of sustainable intensification that will both feed more people and restore the soils and hydrological systems that are essential to agriculture. Providing capital in a way that reaches the hundreds of millions of small farmers across the globe as well as the necessary skills and technical expertise is a challenge that will remain for years, but business opportunities abound. Our shared natural assets — soil, water, and a stable climate — will only increase in value as the world demands more food. 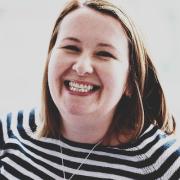 See all by Debbie Shakespeare