This originally was published on Conservation International's blog, Human Nature.

In 2019, a United Nations report laid out a bitter truth: The current food system is fueling the destruction of Earth’s forests — and humanity must overhaul how we grow and ship food to stop climate breakdown.

But countries are struggling to keep farming sustainable while meeting the mounting demand for production — which must increase by between 25 percent and 70 percent by 2050 to feed growing populations.

A groundbreaking new study reports that the secret to making this possible lies in the soil — or more specifically, in the carbon stored in the soil.

Conservation News spoke with Conservation International scientist Bronson Griscom, a co-author on the study, about the vast potential of soil to help halt climate change and why protecting soil carbon is a "win-win for farmers and the planet."

According to our analysis, protecting or restoring carbon in soil can provide 3 billion tons of cost-effective climate mitigation per year.

Kiley Price: Let’s start at the beginning. How exactly does soil store carbon?

Bronson Griscom: Trees and plants suck up carbon from the air and use it to store energy and build their stems, leaves and roots. It’s prehistoric magic: Plants eat our carbon pollution and turn it in to all sorts of useful things, including food, wood and soil carbon. Plants add carbon to the soil both by leaking it in gradually while they live, or all at once when they die. As a result, soils hold three times more carbon globally than the atmosphere. This is not only good for our climate, but also good for the health and productivity of our soils.

These processes have been known about for a long time, but what we discovered is just how much more carbon we can store in the soil if we follow a specific set of practices, especially sustainable farming practices.

According to our analysis, protecting or restoring carbon in soil can provide 3 billion tons of cost-effective climate mitigation per year.

Price: What do you mean “cost-effective climate mitigation?”

Griscom: Economists tell us that climate change is likely to cost us more than $100 for every ton of carbon dioxide in the atmosphere to compensate for the scope of devastating impacts that the climate crisis will have on humanity. This means that anything we can do to avoid emitting massive amounts of carbon dioxide, or to remove massive amounts of carbon from the atmosphere — that also costs less than $100 — is a "cost-effective" climate change solution. The good news is that many of the actions we take to increase soil carbon also make economic sense for other reasons, such as improving fertility in agricultural soils.

Price: So should we just leave soil alone?

Griscom: It depends. For example, it makes sense for wetland ecosystems, which store huge amounts of carbon for every acre. In wetland ecosystems, such as cypress swamps and mangroves, the carbon stored in the trees is just the tip of the iceberg. Mangrove trees can store 10 times more carbon per unit area than a terrestrial forest. Every acre of these wetland ecosystems is extremely valuable carbon storage, as well as flood control, water filtration and wildlife protection. In most cases, these ecosystems are the most valuable to society if they are left alone.

In agricultural systems, such as crop or livestock farms, carbon can actually increase the fertility of the soil, which can improve crop growth, increase water storage and enhance the health of the entire farm. This research does not suggest that agricultural systems should be abandoned, but rather that they are better managed to improve carbon storage, soil health and sustainable food production.

This research does not suggest that agricultural systems should be abandoned, but rather that they are better managed to improve carbon storage, soil health and sustainable food production.

Price: Sounds like keeping and increasing carbon in the soil is a win-win.

Griscom: Absolutely — it’s the perfect example of a win-win for farmers and for the planet. Sustainable farming practices that protect and restore carbon in the soil can enhance agricultural production and help reduce soil erosion.

Price: So what’s stealing all the carbon from soils?

Griscom: To keep up with consumer demand, many farmers and businesses have taken measures to ensure higher crop yields by applying more fertilizers and pesticides to the soil, and relying less on the inherent fertility of the soil. As soil health and soil carbon declines, farmers are forced to use more fertilizers that increasingly run off into streams and rivers, harming humans and wildlife. One example is the dead zone in the Gulf of Mexico — an 8,776-square mile of ocean that can no longer support marine life because it has little to no oxygen due to excess nutrient run-off from human activities.

Many farms reach the point where the soil becomes so degraded that it can no longer support plant growth without huge fertilizer inputs. Degraded soil not only stores less carbon, contributing to climate change, but it also is less drought tolerant — therefore it is more vulnerable to climate change.

Fortunately, there are many ways to break this downward spiral by restoring and increasing soil carbon, which improves soil’s inherent fertility and absorption of water to get crops through droughts.

In developing countries, where many farmers cannot afford more fertilizers to offset soil degradation, they are too often forced to clear forests to access their more fertile soils. Agriculture, both large- and small-scale farming, is responsible for the majority of tropical deforestation.

However, it is not just agriculture that is driving deforestation and releasing soil carbon across these critical ecosystems. Mangrove forests, for example, are often destroyed during coastal development projects or converted into shrimp farms, releasing massive amounts of carbon from both the trees and the soil.

Price: How do we keep carbon in the soil?

Griscom: Protecting and restoring soil carbon is an example of a natural climate solution — any action that protects ecosystems or restores them to more natural conditions while increasing carbon storage or avoiding greenhouse gas emissions. Cost-effective natural climate solutions across forests, agricultural systems and wetlands can deliver about 30 percent of the climate mitigation needed by 2030.

One example of a soil carbon project in agriculture is planting cover crops. When a farmer plants their crop, the standard practice is to harvest the plant, then wait until the next spring to plant new seeds. Between these harvests, farmers could actually increase productivity by planting a "cover crop" such as clover, which helps restore nutrients in the soil. At the end of the season, these cover crops can be plowed and mixed into the soil — increasing both fertility and carbon storage, while reducing the loss of topsoil through erosion.

A crucial method for helping to keep carbon in soil is the protection and restoration of mangroves and peatlands. Because these ecosystems hold such a high density of carbon, we should not be converting them for farming or development at all.

Agriculture is one of the highest-emitting industries across the globe — and protecting soil carbon could help change that without sacrificing profits.

Griscom: Although projects to help protect and restore soil carbon are cost-effective in the long-term, they do require upfront investments and funding. It’s similar to investing in your retirement fund to improve your quality of life in the future. For farmers, it’s smart to invest in the quality and health of their soil because it improves the long-term productivity of their farms — and could lead to higher profits later on.

From increasing food security to reducing greenhouse gas emissions, the benefits of these projects go well beyond any one farm or any one year, so we need to invest as a society to help farmers make these changes.

With only a decade left to avoid the worst impacts of climate change, we can no longer afford to wait. One way to incentivize farmers to protect soil carbon right away is by putting a price on it. By including soil carbon projects into established carbon markets — like California’s cap-and-trade system — governments can give farmers an immediate investment to do something that will increase food production and help cut carbon emissions.

There is also an incredible need to drive financing toward peatland and mangrove restoration and protection. Through the Restoration Insurance Service Company (RISCO) for Coastal Risk Reduction, for example, Conservation International will work with insurance companies to incorporate the value of mangroves into insurance products through fees and carbon credits that support community-based wetland restoration and conservation efforts.

Price: How else can countries help protect soil carbon?

Griscom: This is one of the first studies to link a wide variety of specific actions with positive soil carbon outcomes. Agriculture is one of the highest-emitting industries across the globe — and protecting soil carbon could help change that without sacrificing profits. Other ways to protect soil carbon include reducing deforestation, making coastal development projects more sustainable and creating conservation areas around mangroves and peatlands.

2020 must be the beginning of a decade of climate action and this research shows the cost-effective — and mutually beneficial — steps that we can take right away.

This research was supported by the Craig and Susan McCaw Foundation. 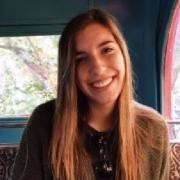