The company he now leads as CEO, electric vehicle bus manufacturer Proterra, is doing its best to transform that space. As of this week, the company will have $55 million in  in new equity and debt financing to pursue that goal.

“This market is going to be the first to eliminate fossil fuel use,” Popple told GreenBiz in an interview.

Public transit in this country is still dominated by diesel buses spewing particulate matter, making noise and costing local transit companies too much in fuel, bus maintenance and lost ridership.  According to the U.S. Department of Transportation, diesel bus operators spent between $226,000 and $284,000 a year per bus on fuel in study year 2007, getting an average 3.86 miles per gallon of fuel.

While natural gas and hybrid electric buses are improving transit in many cities, Proterra thinks an all electric zero emissions bus is the game changer.

If you’re looking for “a market ripe for disruption, transit is perfect,” Popple said.  “I’ve never seen an application for green technology as perfect a fit as EV is for transit." 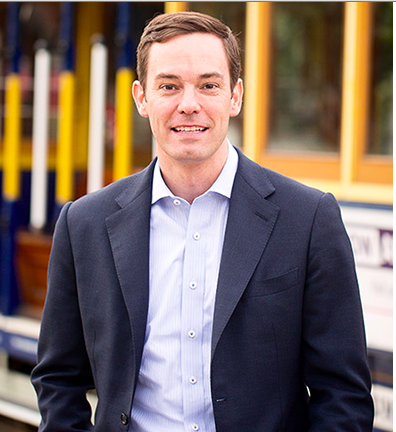 Apparently investors, and an increasing number of cities, believe him.

Proterra this week announced a new financing round that doubled what it had raised before and is just about double the amount it sought out to fetch.

New equity investors pumped in $19 million and existing investors, which include Kleiner Perkins where Popple had been partner, invested another $11 million. The sum doubles its equity investment and the new investors include a sovereign fund from the Middle East and key Tesla investor Mike Dorsey.

Proterra also said it completed a debt financing of up to $25 million with Hercules Technology Growth Capital, Inc.

It'll use the debt credit to finance construction of second manufacturing facility, already underway in Southern California and for working capital. Its existing manufacturing plant and headquarters are in Greenville, South Carolina.

“We look at this funding as both launching our California facility and the last funding the company will need prior to going public,” Popple said. He predicts the company will do an IPO in about two years.

Current bookings for new transit buses are “3-or-4 times what we booked last year,” or something above 100 buses in new orders, he said. “Next year, based on orders, we will be delivering 1 percent of transit buses in the United States,” assuming it manufactures 50 to 70 buses that year.

That, above all, is its challenge.

“The challenge is not getting the next order booked, it is figuring out the best way to scale,” manufacturing to meet demand. The new factory should be producing by early next year, he said.  About 14 U.S. cities now have some Proterra buses; several are placing their third and fourth order, he said. He wants to not have to stretch delivery on orders to beyond a year.

"There’s an excitement about being able to do something truly sustainable and truly different, especially in sustainable transit. People are hungry to hear about it,” he said.

It's the batteries rather than the wheels causing the stir.

"The most important technology driver for why Proterra is doing so well right now in development of this product is, fundamentally, the breakthrough in energy storage.  It is allowing dozens of energy innovations," he said. “Batteries are able to store more than every before, weigh less than ever before.”

Indeed, it is what is driving Tesla's popularity. Tesla is not only building EV passenger cars but selling its storage batteries into industries ranging from small utilities, independent solar micro-grid producers to farms, wineries and home building.

“What we’ve perfected at this company is the fast charge capability for electric vehicles,” he said.  While others are also embracing fast charge, “when you have the ability to do long range plus the ability for fast range, you can start replacing combustion vehicles on a scaled basis.”

One of Proterra’s breakthrough is short-range recharging through autonomous units that can hang from street polls or bus shelters and recharge the bus battery while passengers step on. The recharge times vary depending on the charger model chosen, but with a 500 kilowatt overhead charger, the Proterra Catalyst bus can recharge in 5 minutes for 30 miles of travel. A 250 kilowatt charger also takes 5 minutes but lasts for  only 15 miles of travel. For longer distance transit, Proterra sells a TerraVolt battery pack that charges for 90 minutes for every 180 miles driven.

Proterra is not the only EV bus maker, nor the only one enjoying blistering sales.

BYD Motors, the U.S. subsidiary of Chinese renewable energy giant BYD Company Ltd., is also racking up sales in the U.S. and elsewhere. Larger than Proterra,it already has some 5,000 EV buses out in the market globally compared to Proterra’s 60.