Today, the business community is sharply divided about whether to take action on climate change.

There are those for which taking steps to prevent climate change is beneficial. Industries such as renewable energy and battery storage stand to profit from a shift to a low-carbon economy, whereas others such as travel, real estate and agriculture are threatened if climate change continues unabated. Other companies have taken steps to green their operations based on economic or ethical considerations, while others have done so in response to consumer pressure.

At the same time, many businesses actively oppose taking action. Many of these companies have a strong interest in maintaining the status quo because their profits are tied to fossil fuels. Even the U.S. Chamber of Commerce, a lobbying group that claims to represent all businesses, largely supports the status quo.

Not surprisingly, a similar debate is raging in Washington over the best public policy to deal with climate change. Given the complex and multi-generational challenge that climate change poses, the right public policy is essential for businesses to be part of the solution. At minimum, policy can create a stable environment for business investment, essential for incubating nascent technologies. At best, it can promote an orderly transition to a post-carbon economy.

This jockeying is not limited to lobbyists trying to influence politicians over martini dinners; instead, much of this effort is focused on swaying public opinion. Indeed, studies (PDF) suggest that public opinion is a powerful force that helps shape public policy. Moreover, the influence of public opinion is amplified when people consider the issue important — or when it can provide politicians with political coverage to take a stand that goes against the fold.

Today, many businesses — or wealthy individuals with vested interests in these businesses — have aligned to defend the status quo, often by influencing public opinion. For years, ExxonMobil and other oil companies overtly sought to sway the public’s view of climate change. Over the last 10 years, foundations and wealthy donors — many with strong ties to the fossil fuel industry — have stepped in to fund a climate change counter-movement (CCCM) to the tune of $900 million a year.

A recent Yale/George Mason University study indicates that a mere 13 percent of Americans believe that there is overwhelming scientific consensus that climate change is real.

Arguably, the CCCM has influenced public opinion, including the belief as to whether climate change even exists. A recent Yale/George Mason University study indicates that a mere 13 percent of Americans believe that there is overwhelming scientific consensus that climate change is real, a very small percentage given that 97 percent of peer-reviewed scientific papers since 1990 align with this consensus view.

CCCM communications tactics have been surprisingly simple: sow seeds of doubt with the public about whether climate change is real. The CCCM has been able to do this with ease by distributing fringe research that challenges the validity of climate change or by pointing out weather events such as an unexpected cold snap that seemingly conflicts with a warming climate.

Climate skeptics enhance the credibility of their position by publishing opinions or sponsored articles in mainstream publications such as Forbes or Wall Street Journal. Headlines such as "The Sea Is Rising, but Not Because of Climate Change" sow doubt with users even if they browse only the headlines, and despite that scientists deemed the article’s credibility to be "very low." Other articles, such as "Climate Forecast: Failed Prognostication," move from fringe to more mainstream publications as they are redistributed on message boards, social media, search engines or news aggregators. This specific article, originally published by the Institute for Energy Research, a non-profit organization that seems to count ExxonMobil and Koch Industries among its major donors, was redistributed in Yahoo’s news feed.

Such articles try to obfuscate global scientific consensus on climate change by claiming that there are so many competing theories that no one really knows what is happening. Worse, they argue against taking action because the cost to do so would be too high. The author of one article titled "Is the IPCC Wrong about Sea Level Rise?" and published by Forbes claims that any "continued rise [in sea level this century is already] locked in due to temperature changes that have already occurred. No reductions in greenhouse gas emissions will prevent sea level rise in the near term."

The problem: The author is a former oil executive with little discernible background in climate science.

By prolonging the debate, the CCCM has achieved a primary goal: deferring meaningful action on climate change to the future. But delaying action is not without cost: It reduces the incentive for business to invest in next generation technologies and industries, hurting the long-term competitiveness of the U.S. economy, especially as other nations, notably China, leap ahead.

Major advertising companies teamed up to motivate Gen Z to take 2 billion acts of good by 2030 in support of the U.N.’s Sustainable Development Goals.

This is not to say that pro-climate action business groups have been silent. But, in many ways, their efforts have been disconnected, short-term focused and lacking a single-minded objective. Hedge fund billionaire Tom Steyer, for example, financed a get-out-the-vote campaign in 2014 focused on electing officials who were climate-friendly. Elon Musk turns to social media to draw attention to his businesses, most recently by launching a Tesla electric car into space. Recently, the major advertising holding companies teamed up with the United Nations to launch the Little x Little campaign with the goal of motivating Gen Z to take 2 billion acts of good by 2030 in support of the U.N.’s Sustainable Development Goals.

Other campaigns have been more enduring. 350.org’s divestment campaign is one such example. This organization pressures individual investors, pension funds and endowments to divest from fossil fuel investments. But this effort has not been without its critics who question whether the end game should be divestment, versus public policy that more directly addresses climate change.

There is little doubt that many businesses will be adversely affected by climate change, whether it be their supply chain, operations, products or brand. This impact will differ by industry and by geography. Public policy that begins to addresses climate change can mitigate its impact. It also can help businesses better adapt to the change — or even thrive in spite of it.

Arguably, to lay the groundwork for policy change, businesses need to devote resources to building support with the public for climate action. At the very least, pro-climate-action businesses need to provide a counterweight to the continuous barrage of messages from the CCCM. There are several ways to do so:

Accountability: Publishers should be held responsible for the truthfulness of articles — including opinions and sponsored articles — that they publish under their names. This is especially important for articles that challenge scientific consensus because authors are clearly using association with the publisher to garner credibility for the story.

The rules can be simple: Fact-check content that challenges fact-based scientific consensus and decline to publish — or at least clearly label — articles if they fall outside the consensus view. For good measure, publishers could even provide the percentage of scientific studies that support or contradict claims made in articles they publish.

This type of system leaves room to challenge accepted scientific facts while providing proper attribution for unsuspecting readers when an author’s opinions do not align with scientific consensus. Such labels also should extend beyond a publisher’s site to wherever headlines are distributed. Without such a system, publishers risk distributing misleading — if not blatantly fake —news, something that should run counter to any reputable publisher.

Advocacy: Businesses should advocate for public policy that would help them manage the complexities of climate change. To lay the groundwork for policy change, they first need to build support for action through sustained and coordinated outreach to the public. This would involve creating new advocacy groups — or expanding the role of existing ones — to raise funds and coordinate campaign development.

Funding might pose a challenge initially: While many companies openly support climate action, others might not yet fully appreciate the threat that climate change has on their operations. They also may fear alienating certain consumers by appearing to take a political stance. But increasingly, companies are making public their support for climate action, such as those who voiced support for the United States to stay in the Paris Agreement. Moreover, wealthy individuals likely also will step up to support such a campaign, similar to how others support the CCCM today.

Relatability: To influence public opinion, communicators should work to engage the "Concerned" and the "Cautious," two audiences (PDF) identified by the Yale Program for Climate Change Communications as perhaps the most movable on this issue. Growing support among these groups would go a long way in influencing public opinion, as combined they make up just over half of the American population.

While the Concerned already feel threatened, they do not believe that actions being taken today effectively will deal with this threat.

Research (PDF) indicates each audience requires different communications strategies. The Concerned, for example, are more likely to take action if they feel threatened by climate change and have a clear understanding of how to mitigate this threat. While the Concerned already feel threatened, they do not believe that actions being taken today effectively will deal with this threat. As such, communications should focus on convincing them of "the ability of individuals or groups to effectively mitigate climate change."

From a business perspective, this may mean highlighting significant investments such as the $1 billion from chocolate manufacturer Mars to mitigate climate change or the recent success of Net Power in testing a commercial-scale pilot for generating zero emissions energy.

Research also suggests the Concerned are swayed by opinion leaders. This is consistent with the findings of other studies (PDF) that say that activating political and economic elites can help sway public opinion. As such, businesses should activate opinion leaders as part of their campaigns.

Communicators should also engage the Cautious. While the Cautious tend to believe in climate change, they have a high gap between their belief that climate change is happening now (26 percent) versus sometime in the future (81 percent). To engage these people, it is key for communications to close this gap.

This means demonstrating that climate change is really happening — not by overwhelming people with facts, but by demonstrating how it is already affecting local businesses, jobs and a way of life. Outdoor recreation is a great example of this as climate change is already affecting where people fish and hunt, something that affects local guides and outfitters. Commercial fishing is another example as warming coastal waters force boats to travel father north and out to sea to catch fish that once thrived right offshore.

To make things more challenging, the Cautious spurn traditional media channels and pay less attention to news — especially environmental news — than most Americans. As such, businesses should communicate with the Cautious through more personal channels such as social media, word of mouth or local newspapers.

And because the Cautious trust few sources for information on climate change, businesses should communicate through trusted messengers to relay climate messages. These messengers could be local business owners affected by climate change or local physicians (PDF) who witness prolonged allergy season, greater spread of Lyme’s disease or higher instances of asthma. 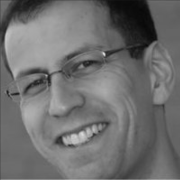