Why public places are the key to transforming our communities

Each day, numerous cities and neighborhoods across America continue to struggle as a result of economic instability, diminishing resources, unemployment, demographic shifts and political complexities. In many neighborhoods, social bonds among neighbors are under stress and in many communities, a sense of community is severely lacking.

While there may not be a magic bullet to solve our communities' complex social, economic and environmental challenges, there is promising potential in a seemingly unexpected spot: public places. By taking a people-centric approach to creating and revitalizing our public places - neighborhood parks, community markets and downtown squares- we have the potential to truly transform the hearts of our local communities.

On the surface, it's easy to look at great public places and see them as nothing more than well-designed physical locations. But beneath the surface, these places can be so much more. They are locations where community comes alive, where bonds among neighbors are strengthened and where a sense of belonging is fostered. They are locations that spark economic development and drive environmental sustainability.

The future of our communities and cities depend on great public places and more specifically, on Placemaking, a powerful approach to creating and revitalizing public spaces around the specific needs and desires of the community. I like to think of it as crowd-sourcing meets urban and community planning.

According to the Project for Public Spaces — the pioneers of this approach — Placemaking is "the art and science of developing public spaces that attract people, build community by bringing people together, and create local identity."

We've seen the power of Placemaking in the turnaround stories of Bryant Park in New York City, Discovery Green in Houston, Eastern Market in Detroit and hundreds more. The uniqueness of this approach lies in its emphasis on putting people's needs and aspirations first in the process of designing and improving public spaces. It recognizes that while planners can give a place structure and access, it is the community that gives it heart and vibrancy. Ultimately, Placemaking creates public places for the community with the community.

During Southwest Airlines' 42-plus years of connecting people from place to place, we have witnessed firsthand how vital a sense of community and belonging truly is in creating vibrant, sustainable and economically secure destinations that our customers love to visit and which our employees call home. Placemaking can be a transformative means of fostering that sense of community while sparking social, economic, environmental and cultural benefits.

2. Placemaking process builds community. The MIT Department of Urban Studies and Planning's recent Places in the Making research whitepaper, which is supported by a gift from Southwest, underscores that the very process of placemaking — the community engagement necessary in organizing, deliberating, communicating, building, programming and maintaining public places — is as important for strengthening and empowering local communities as the physical outcome. 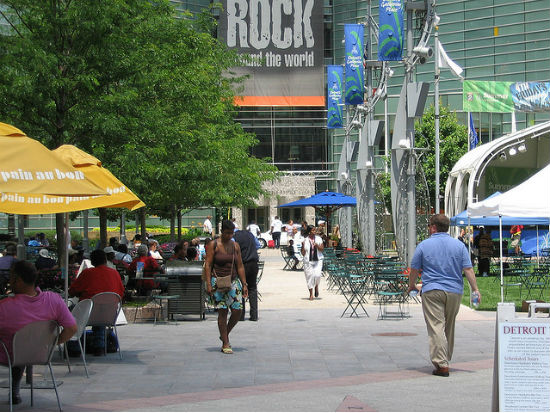 Placemaking has the power to transform our local communities, and generate pride and a sense of belonging that translates into sustainability, economic development and increased quality of life. So how do we bring this approach to every community that needs it? Urban planners and designers can't do it alone. They need the support of non-profits, foundations, academics, city officials and individuals like you and me to get involved, and help shape the future of our public places and communities.

Perhaps most important, we need the private sector to leverage its unique assets and resources, and invest in this movement to strengthen our communities. MIT's Places in the Making report emphasizes the need for strong public/private partnerships and cross-disciplinary collaborations, noting that "the private sector can offer resources and efficient management to create and maintain well-run places that would not otherwise be possible." The economic health of companies depends on their ability to attract and retain talented employees and engage customers. As local employers, companies should invest in Placemaking to help create thriving neighborhoods where current and potential employees want to live.

At Southwest Airlines, for instance, we recently partnered with Project for Public Spaces to support three Placemaking projects in Campus Martius in Detroit, Michigan, Burnside Park in Providence, Rhode Island, and Travis Park in San Antonio, Texas. We were exposed firsthand to the significant positive impact that Placemaking can have on revitalizing local communities and benefitting our employees and customers. Through our new Heart of the Community program, we are making a multi-year commitment to Placemaking, and will revitalize and activate public spaces in the hearts of American cities.

Today, it is time to bring Placemaking into the mainstream, and engage communities around the country in this powerful and transformative social movement. Together, we can reinvent the culture of local communities and breathe new life into distressed neighborhoods by creating strong public places that generate profound pride and belonging and spark economic development. We all have a reason to believe that a sense of place can be created in the heart of every city. Our collective progress depends on it. 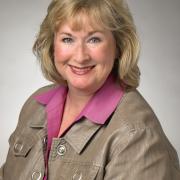 See all by Linda Rutherford