From the People's Climate March to the U.N. Climate Summit to U.S. government initiatives, climate concern is surging. One of the most encouraging things about the trend is the intensifying focus on practical solutions, including drilling down on methane, the largest component of natural gas.

Most methane comes from drilling and refining natural gas, and from waste streams including landfills (of which organic wastes are the second biggest component), wastewater and agriculture (especially livestock). Methane now accounts for 9 percent of total U.S. GHG emissions — small compared to carbon dioxide, which is 80 percent — but up to 25 times more powerful as a heat-trapping gas. As curbing methane emissions can have a vital, immediate impact on slowing climate change, it deserves high priority.

It's starting to get that priority bump. In March, the White House released its Climate Action Plan Strategy to Reduce Methane Emissions through voluntary actions across the agriculture, waste, energy and transportation sectors. In August, it announced a Biogas Opportunities Roadmap to cut methane emissions by building an industry that could capture and use them productively. This summer the EPA proposed new rules on methane emissions from landfills, and in the run-up to the U.N. Climate Summit, environmental groups lobbied EPA to require natural gas drilling operations to cut methane leakage. Administrator Gina McCarthy has said EPA will release its methane plan this fall, although we don't know yet whether it will be voluntary or mandatory.

Methane was also a hot topic at the U.N. Climate Summit, which launched more voluntary initiatives, including the Oil & Gas Methane Partnership (PDF) to reduce methane and other so-called "short-lived" but powerful GHG emissions. (Methane breaks down in years or decades while other greenhouse gases can persist for tens of thousands of years.)

Twenty-six cities, ranging from San Francisco to Stockholm and from Rio de Janeiro to Pune, India, have signed on so far, with a goal of 150 cities by 2020. Signers are committed to develop and carry out quantifiable action plans to reduce methane and carbon air pollutants by 2020, focusing on the solid waste sector.

The potential to cut methane emissions, especially from landfills and other waste facilities, never has been greater. Many European cities and a dozen projects in the U.S. already are demonstrating just how huge the potential is.

The lowest-carbon fuel on the market

For example, Waste Management in California is producing enough renewable natural gas from the Altamont landfill to power 400 refuse trucks a day. According to the California Air Resources Board, RNG produced from landfills such as Altamont reduce overall greenhouse gases from production, transport and use of vehicle fuel by about 90 percent, or even more. That makes RNG the lowest-carbon fuel available today, and it could revolutionize heavy-duty transport. Ten million heavy-duty vehicles consume 23 percent of all U.S. road fuel (predominantly diesel) and emit a quarter of all transportation greenhouse gases. 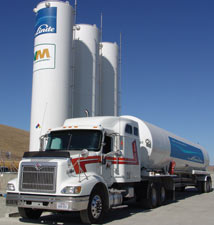 Fossil-derived natural gas used as vehicle fuel is just 20 to 25 percent better on emissions than gasoline or diesel, so how is it possible that RNG could cut GHG emissions 90 percent? The feedstock from which RNG is made is the massive stream of organic waste from our yards, farms, landfills and wastewater. It involves no drilling or fracking, obviating the methane leakage associated with those operations, and capturing methane that otherwise would seep into the atmosphere.

Because RNG and fossil natural gas are so chemically similar, moving from one to the other is seamless. RNG can use existing tanks, pipelines and infrastructure, and can power the same engines that run on fossil natural gas. Burning it actually can prevent more GHGs from entering the atmosphere than it emits itself. That's because the organic wastes already decomposing in our yards, farms, landfills and sewage treatment plants release their hydrocarbons already. If we capture this methane and convert it to energy, in effect we get it for "free" — with no net increase in emissions. That energy offsets fossil fuel use and allows us to leave more fossil fuels in the ground, preventing their hydrocarbons from entering the atmosphere.

The City of Sacramento is demonstrating how to ride this strategy all the way to net negative GHG emissions by skipping the landfill part of the equation. Instead, a private waste hauler, Atlas Disposal, separately collects the city's food wastes and deposits them in special anaerobic digester tanks, where the company CleanWorld captures the biogases (primarily methane) and refines them into vehicle fuel. The bio-solids left in the tanks are a valuable soil amendment. The fuel goes back into the several dozen trucks hauling the waste, creating "a closed-loop system." CleanWorld soon will produce enough fuel to displace 700,000 gallons of petroleum-based diesel fuel on an annual basis -— enough to power dozens of refuse trucks, transit or school buses and to eliminate 18,250 tons of GHGs.

Compared to letting organic wastes rot in a landfill and emit fugitive methane, over its life cycle, including refining and burning the fuel, this system is net carbon-negative. It also creates unexportable jobs, reduces particulate pollution, uses local resources to produce reliable, secure energy and is eminently scalable.

The world now generates 1.3 billion tons of food waste a year, and the World Bank predicts landfills will double by 2025. It's vital to find ways to reduce food waste, especially as population and food demand increase. But between food processing plants, fats and greases, sewage treatment, agricultural waste and other sources, there's no doubt that the organic waste stream will continue to grow and furnish a vast resource for renewable energy and emissions reduction.

Tapping it is a no-brainer, and a low- to negative-carbon imperative. The Oil & Gas Partnership ultimately aims for 1,000 cities to sign onto its commitment to reduce methane emissions from solid waste. Partner cities around the world could do what Sacramento and Altamont are doing now. Every new waste-to-RNG initiative they launch or inspire would exceed GHG emissions reduction goals set by the U.S. and Europe, as well as the long-term goals set by the Intergovernmental Panel for Climate Change.

RNG projects have proven attractive environmentally as well as economically, but require substantial up-front investment. If ever there was a good argument for using government incentives to help a viable industry evolve rapidly towards a desirable goal, this is it. The RNG sector will be rewarding for investors, but it will be a game-changer for cutting GHG emissions and reducing the environmental, economic and human costs of climate change.

Top image of cow in flowers by Eder via Shutterstock. 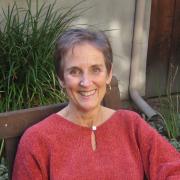 Founder and Board Member
Energy Vision

The Porter Ranch leak is plugged, but we have bigger problems

See all by Joanna Underwood