Why the rumors of cleantech's death were greatly exaggerated

Over the past decade we witnessed a wave of private investments into the cleantech industry. These investments were poured primarily into hardware and infrastructure-focused technologies, like fuel cells, solar inverters and panels, wind turbines, biofuels, etc. The goal was to create entirely new sources of energy, and to automate energy efficiency at a grand scale.

But a lack of returns across the board, as well as highly visible failures like Solyndra and other public bankruptcies, have left many in the venture capital community re-evaluating and even walking away this investment sector. The question remains, as we look forward to the next decade: “Where is the money in cleantech?”

The opening panel of VERGE:Accelerate set out to explore some answers. In an hour-long conversation led by Katie Fehrenbacher of GigaOm, Josh Green, partner with Mohr Davidow, Rodrigo Prudencio, with Nth Power, and Mitch Lowe, founding partner of digital cleantech accelerator Greenstart, discussed the opportunities, risks and trends in the industry. They provided a glimpse into what fellow-investors can expect in the coming years.

Perhaps the stickiest quote of the conversation came from Mitch Lowe: “Cleantech’s dead in the same way the Internet was dead in 2000.” While cleantech may be in a low point in terms of its public perception, it’s by no means irrelevant or dead. Just as Internet and computing companies of the mid and late 1990’s laid the foundation for the booming web industry today, cleantech of the mid-2000’s laid the infrastructural groundwork for the emerging digital cleantech industry to expand. We are right on the cusp of an incredibly exciting time.

The panel identified one limiting factor for the cleantech industry – the name itself. “Cleantech” is just a word, but it currently evokes a negative frame for investors: capital intensive, and frankly unsexy. Many investors are back-pedaling away from the term, instead of ignoring the label and putting a focus on what the company is actually doing.

Innovation in digital transportation, financial services, or collaborative consumption – are all cases where the “clean” outcome is a second-order consequence of the business. These are models where positive environmental impacts are a happy outcome of adoption, but not the primary value proposition of why customers bought the product or used the service.

Lowe brought up AirBNB and Liquid, as primary examples, both in the collaborative consumption space. Neither company started their business with the goal of solving the climate crisis, but they’re reducing emissions through enabling greater use of existing assets, rather than the purchase or construction of new assets.

RidePal is also a great example of this “clean outcomes” trend; their solution is a turnkey commuter shuttle service for employers and employees (think “Google Shuttle for any company”), and employees love it because it gives them an enjoyable, productive commute. However, the result of their service is single occupancy verhicles being taken off the road during congested commute hours – a key priority for reducing emissions. As Prudencio put it, “Cleantech may fall away, but you keep solving cleantech’s problem.”

The panelists also shared some wisdom with energy entrepreneurs on what they should and shouldn’t focus on when establishing a new business. Going after the enormous Chinese market may seem appetizing, but most U.S. investors want to see you prove your product at home before you take it abroad. And when it comes to policy, if your business relies on it you’re generally not going to raise venture capital money these days – so focus on building a company that can grow free of subsidies.

Generally what impresses these investors the most is an entrepreneur’s ability to cut through all the clutter that exists in the market to tell their story clearly and concisely. VC’s can help entrepreneurs with their business, but they need to witness a high level of clarity, passion and results before they will get on board.

The money for cleantech exists – it’s just going to companies that may not call themselves cleantech. 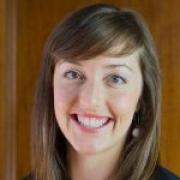 See all by Rachel Barge