Why rural America is key to climate change policy

This article originally appeared on WRI.

Many rural counties in the United States face the dual challenges of lagging economic growth and increasingly severe effects of climate change. While urban areas are not uniformly prosperous and rural areas are not uniformly poor, rural communities on average lag behind their urban counterparts on most key economic indicators — from poverty rates to labor force participation. Rural areas represent 86 percent of persistent poverty counties in the U.S., while over 50 percent of rural Black residents live in economically distressed counties.

These challenges have been intensified by economic losses from the COVID-19 pandemic, which has exacerbated existing inequalities and highlighted urgent infrastructure needs. At the same time, catastrophic wildfires, record heatwaves, drought and other severe weather events linked to climate change threaten rural communities and livelihoods.

Addressing both the climate crisis and lagging economic vitality will require federal investment in building a new climate economy for rural America — one that reduces greenhouse gas emissions to net-zero while creating jobs, uplifting economically disadvantaged communities and enhancing ecosystem services. This opportunity is already being realized in targeted regions (clean energy is a growing economic engine for many rural communities) and federal policymakers have the opportunity to dramatically expand on this progress.

New WRI analysis finds that an annual federal investment of nearly $15 billion in key areas of the rural new climate economy would create hundreds of thousands of jobs in rural communities, add billions of dollars of value to rural economies, and generate millions in new tax revenues. This investment would help combat the economic stagnation confronting many rural areas and ensure that the benefits of the transition to a net-zero economy are widely distributed.

In this new paper, we analyzed the impact of $55 billion per year in federal investment in seven areas of the new climate economy over at least five years. These include investments in renewable energy; energy efficiency; transmission, distribution and storage (TDS); environmental remediation of abandoned fossil fuel infrastructure; tree restoration on federal and non-federal lands; and wildfire risk management. An estimated $14.9 billion of that investment (27 percent) would be directed to rural America.

The results also indicate that new climate economy federal investment in rural areas would offer an attractive return on investment by adding $21.7 billion per year to rural economies for the first five years — $1.46 for every dollar invested. This includes $12.9 billion in employee compensation and $1.6 billion in federal, state and local tax revenues. The figure below shows the distribution of economic benefits across the seven investment areas.

Job creation benefits would be widely dispersed across the country’s rural areas and vary by sector depending on regional economic factors. The top five states seeing the most significant impacts in terms of job creation relative to the size of local rural economies would be California, Massachusetts, New Mexico, Wyoming and Nevada.

California, New Mexico and Nevada would benefit most substantially from wildfire risk management investment. Massachusetts and Nevada, by contrast, would benefit largely from investments in renewable energy, energy efficiency and grid transmission and distribution.

The maps below show the geographic distribution of rural job creation potential (measured as jobs created in a rural county per 1,000 private sector workers, aggregated at the state level) from federal investment in each of the seven areas analyzed. Different investment areas naturally affect regions differently depending on local economic factors and where opportunities are located.

For instance, Massachusetts, California, Nevada, Maryland and Illinois would see the most job creation benefits from federal investments in renewable energy, while rural counties in Pennsylvania, Kansas, West Virginia, Kentucky and Wyoming would benefit most from investments in environmental remediation of orphaned oil and gas wells and abandoned coal mines. The latter is particularly important given that these are the same regions that have seen significant job losses due to the phasing out of coal generation. Investment in these regions can therefore help ensure a more just economic transition.

Rural counties in Utah, Colorado, Wyoming, Idaho and New Mexico are expected to see the highest levels of job creation from investment in tree restoration on federal lands, while those in Missouri, Ohio, South Dakota, Michigan and Wisconsin would benefit most from investment in tree restoration, including agroforestry, on state, local and private lands.

Investments in wildfire risk mitigation can help reduce the danger that catastrophic wildfires pose to rural communities and forests — an important point given that western wildfires are becoming more frequent and more destructive. In 2018 alone, wildfires in California cost the U.S. economy 0.7 percent of the nation’s annual GDP, highlighting the need to invest in measures that can help mitigate fire risks.

Local tax payments generated from these projects also provide much-needed revenue to rural communities for investing in new and improved infrastructure including roads, bridges and schools. In some cases, when a renewable energy project comes to a rural area, it is the largest single taxpayer in the county and accounts for a large share of the county’s budget.

To enable a new climate economy that supports economic wellbeing in all communities, federal investment in the seven areas described above must support the nation’s most economically disadvantaged rural communities.

The new climate economy opportunities described previously could create more than 118,000 jobs for at least five years (a total of 590,000 job-years) in these counties, resulting in over $9.8 billion added to these rural economies annually, including $5.9 billion in employee compensation and $685 million in total taxes.

Economically disadvantaged rural counties in California, Texas, New Mexico, Missouri and Kentucky stand to benefit the most in terms of total jobs supported by federal investment in the seven focus areas of this analysis.

For the purposes of this analysis, economically disadvantaged counties are those identified as "distressed" or "at risk" by the Economic Innovation Group’s Distressed Communities Index. Source: The Economic Benefits of New Climate Economy in Rural America, 2021

While this job creation is significant, representing about 45 percent of job creation potential from investment in the seven areas of the new climate economy, more needs to be done to ensure economic benefits reach the areas where they are most needed.

Actions on this front could include: workforce training programs in the energy and land sectors with employment guarantees; measures to make clean energy affordable for low-income households; grant programs to support local businesses and nonprofit organizations; and requirements that new program designs be collaborative, inclusive and accessible to all workers.

The federal government has an opportunity to enact and expand policies that will drive investments in the new climate economy, creating jobs and bolstering rural economies in the process. Fully activating the opportunities analyzed in each of the seven areas would require a suite of federal policies, which could support a larger federal plan for rebuilding infrastructure and mitigating climate change.

The current push by Congress and the Biden administration to invest in the country’s ailing infrastructure and tackle the climate crisis represents the most promising political moment in years to support a new climate economy in rural America.

The proposed American Jobs Plan, representing the administration’s basis for negotiations with Congress on infrastructure, would provide historic levels of federal funding for places that have faced declining economic opportunities.

The investments considered in our analysis, however, will likely not be sufficient on their own to recruit and train the workforce necessary to implement new climate economy pathways.

The policies recommended here will also need to include mechanisms to ensure that jobs created provide minimal barriers to entry, are well-paid, offer opportunities for stable employment and benefits, and support unionization. These components will help ensure that the new climate economy will not just create jobs, but sustain worker and community well-being and create equitable opportunities for all.

Rural America will be indispensable in enabling the country to reach net-zero emissions: rural farmers, ranchers and forest owners manage large segments of lands that hold enormous opportunities for climate mitigation. Rural areas are also crucial for clean energy development: 99 percent of all onshore wind capacity in the country is in rural areas, as is the majority of utility-scale solar capacity.

U.S. climate policy, informed by the unique needs and context of rural America, can not only harness the power of rural communities to address climate change but also generate significant economic opportunities for these communities. This approach will be essential to helping the nation meet ambitious decarbonization goals while creating millions of good jobs across the country. 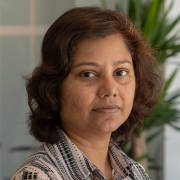