Editor's note: Connected cars will be part of the sustainable mobility track at VERGE SF 2014.

The notion of an Internet of Cars may seem fanciful or futuristic, but it is gaining traction and speed at a surprising rate. And as vehicles of all types become connected — not just to drivers or other vehicles on the road, but to everything from parking spaces to pizza joints — the promise of social and environmental benefits lie not far down the road.

All of which is leading a growing number of companies to find themselves in the transportation business.

Consider SAP, the German enterprise software and software-related services giant. Over the past six months, it has been rolling out a number of pilots and partnerships aimed at becoming a driving force in “connected cars.”

Earlier this year, for example, the company announced it was helping BMW develop prototypes for two services: one that can help drivers navigate vehicles to available parking spaces more efficiently, and another to deliver real-time, personalized promotional offers for things such as fuel or food to drivers, based on their actual driving route. Earlier this month, SAP said it was gearing up additional partnerships — with Toyota, Volkswagen and VeriFone — that could lead to still others services offered to drivers, retailers and others.

It’s a congested space. A sizable fleet of software and device makers are eyeing the world’s billion or so passenger vehicles as the next frontier of cloud computing and connectivity. Apple, AT&T, Google, Intel, Microsoft, Sprint and Verizon are among the big tech players already in first gear. Add to them mapping and GPS companies, app developers of all stripes, cities, retailers — and, of course, nearly every automotive manufacturer, from Tata to Tesla — and there appears the potential for gridlock.

Competition notwithstanding, “We believe that there is a very significant opportunity for us,” Gil Perez, Senior Vice President of Connected Car at SAP, told me recently. “What we are doing is basically a multiservices, B-to-B platform around connected vehicles, where we are enable cars and their drivers to conduct business.”

Its most recent rollout, the Toyota-VeriFone hookup and the partnership with VW, featured the introduction of relatively prosaic services: a one-touch, one-screen solution to navigate to the closest gas station, authorize automatic payment electronically and receive personalized coupons; and a service to help drivers locate parking and nearby food offers in Hannover, Germany, specifically targeting so-called quick-service restaurants (QSR in industry parlance, better known among us eaters as fast-food outlets) — “the things that you might pick up on your way to or from your destination,” as Perez puts it.

SAP didn’t expect to find itself in this space, says Perez. Its initial foray into the sector had to do with connecting electric vehicles and utilities. “Around a year ago, it morphed from being an electrical vehicle and utility play into more of a connected vehicle and a digital experience.” 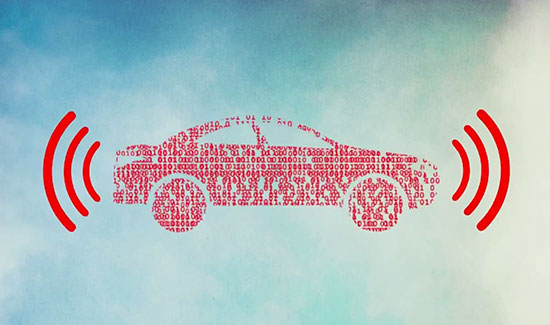 That value proposition begins with the realization that in the digital age, cars aren’t separate from other parts of our lives. While we may “get in and out” of vehicles, our needs for information and connectivity need to be continuous and seamless — before, during and after a journey.

Moreover, says Perez, “In order to have an experience which is unique and delightful to the end user it's not only about aggregating content and harmonizing data. It is also about being able to conduct transactions.”

That’s where SAP builds on its core assets: providing back-end services for most of the types of entities with which a car and driver may interact, such as fueling stations, electric utilities, retailers, eateries and other places along the road. A large number of these are among SAP’s current customers that use its software and platforms to run their enterprises. Perez and his team sees the potential to integrate information drivers are receiving en route with companies — for example, having food ready (say, from Burger King) and paid for (via VeriFone) by the time someone shows up. And have all that readily integrated into each company's back-end systems.

“How do you not just collect information about the gas station and points of interest, but integrate into their business processes?” he asks. “And how do you do it in a way that is seamless?”

What’s the sustainability play here? Some of it has to do with efficiency for all involved, but it goes well beyond that. Consider the sharing economy, particularly car-sharing services like RelayRides or Zipcar, where individuals or companies make idle vehicles available for others to use on an hourly basis. SAP hopes its cloud-based software will be an enabler in facilitating transactions. Moreover, “Parking becomes a key element of car sharing — how people pick up a car and access it,” says Perez. “And where exactly do you leave the car?”

And, of course, there’s traffic congestion,  the scourge of many big cities. A significant percentage of cars driving around at any given time are looking for parking — as much as 30 percent, according to one accounting. “Just think of the ability to get a red, yellow or green mark on a map telling you the parking availability on the street level or free parking on a citywide level,” says Perez. SAP currently is conducting beta tests with two U.S. cities along these lines, though Perez declined to disclose which ones. "We view parking as a very interesting market that will have a lot of tentacles," he says.

Eventually, he says, SAP will be behind the scenes for a wide range of information and transactions that can take place during a typical car trip, whether for work or pleasure.

Can such innovations provide what cities need to improve their sustainability and resilience? Improving traffic flows and facilitating parking access and car sharing are only part of what’s needed to make cities more livable. But it’s a pretty good start.

Can companies ever move past incremental approaches to climate action?

Sustainable business and the view from across the pond

The clarion call of ‘transition finance’ in a warming, wobbly world