Why science-based targets are effective

While establishing a voluntary emissions reduction target is admirable, many of these targets are not ambitious enough to avoid the potentially devastating consequences of climate change that coincide with a global temperature increase of 2 degrees Celsius. As a result, some companies have decided go a step further by setting science-based targets, which determine the amount by which a company will need to reduce its emissions to avoid a 2 C global temperature increase. Science-based targets demonstrate a credible and robust commitment to climate change mitigation as well as providing great opportunities for the company to publicly show its support for climate action.

Science-based targets determine the amount by which a company will need to reduce its emissions to avoid a 2 degree Celsius global temperature increase.

While a growing number of companies have the will to establish a science-based target, most find that they need guidance on where to start, what questions to ask and what methodology to use. Before setting targets, companies should first determine their priorities for setting a target by answering a series of questions:

What is your objective in setting a target?
Does your company want to use the target in its CDP response or GRI public reporting, or for internal purposes only? Or perhaps you have another goal, such as contributing to emissions reduction in your state to show support for the Clean Power Plan.

Do you want to incorporate your sector’s added value to the GDP?
How much is your specific sector contributing to carbon emissions, and how can you balance your company’s share of responsibility with its contribution to overall economic growth?

Will a global or sectoral approach be the most relevant method for your company to determine the magnitude of emissions reduction required for a science-based target?
The approach you choose can help your company capture different reduction opportunities. You will want to select an approach that best aligns with your objectives.

Do you want to set an absolute target or an intensity target?
Absolute targets specify the overall emissions reduction in metric tons of CO2e (carbon dioxide equivalent), which can illustrate a strong commitment to climate change mitigation. On the other hand, intensity targets can accommodate growth by normalizing emissions according to a growth metric, such as the company’s metric tons of CO2e per full-time employee, square foot or other metric.

After identifying the primary reasons for setting a science-based target, the company will need to choose one of the seven existing methodologies that most accurately will reflect the company’s values: 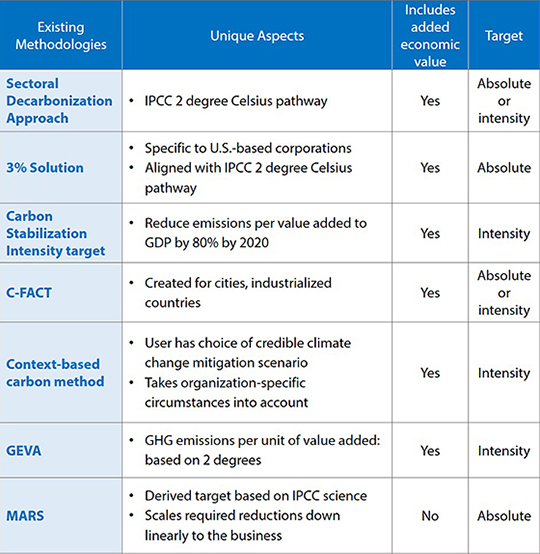 Companies that establish science-based targets not only demonstrate leadership, but also have the advantage of getting a head start in the transition to a low-carbon economy. With strategic target planning and successful implementation, these companies will be able to reduce their carbon intensity and increase their competitiveness. 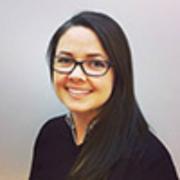 See all by Kaylee Shalett