Plus, what semiconductor legend T.J. Rodgers has in common with Kansas farmer Dwane Roth.

If you want to grow stronger roots for your water management and conservation strategy, do yourself a favor and chat with a farmer.

Those who attended GreenBiz 18 had a golden opportunity in the form of Dwane Roth, a third-generation western Kansas farmer who has made it his mission to preach the importance of smarter water irrigation practices to his neighbors and peers. I was lucky enough to share more than one passionate brainstorming session with him in the Arizona desert and, after the conference, through several phone calls and email exchanges.

Roth’s farm taps the Ogallala Aquifer, an underground reservoir created by glacier melt — its water supplies an estimated one-fifth of the wheat, corn, cotton and cattle production in the United States. But there’s a problem: The aquifer is drying up. Fast. Some areas have seen water-level reductions of more than 70 feet in the past decade alone.

We are able to efficiently use fewer inputs, while maintaining or increasing production and profits.

So Roth is turning to technology including soil-moisture probes to do his part in conservation, even though he initially scoffed at the idea that the internet of things and digital gadgets could make much of a difference. "But there is no denying that these techniques have dramatically influenced my operating decisions and my outlook on the future water supply in this area," Roth told The Hutchison News when he won a governor’s award for his work in November. "Now we are able to efficiently use fewer inputs, while maintaining or increasing production and profits."

When I asked Roth about his motivation, he talked about his daughter, who is often his partner for water advocacy presentations. He is evaluating solar and wind power, as well as hydroponics. "We can feed the world and at the same time be sustainable," he declares.

In that regard, Roth’s worldview matches that of electrical engineer T.J. Rodgers, best-known for his role in co-founding Cypress Semiconductor back in the early 1980s. Although their personal and professional backgrounds are vastly different, Roth and Rodgers are equally adamant in their belief that micro-technologies — Rodgers likes the term Internet of Plants — are poised to disrupt the agricultural sector. 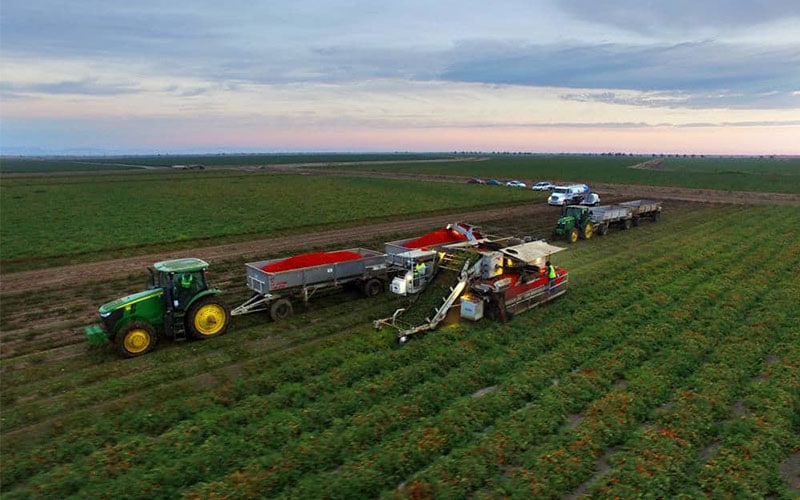 As you might imagine given his background, Rodgers holds numerous patents related to chip design. But he’s also credited with numerous inventions that apply specifically to irrigation approaches he has used for years on his own vineyards in the Santa Cruz mountains of California. Those developments are part of a system being sold by WaterBit, a startup that use solar-powered sensors to automate irrigation schedules. Rodgers is executive chairman of the three-year-old company, based nearby in San Jose.

"What WaterBit does is provide — at a cost that is affordable, and by that, I mean $2,500 an acre or less for the hardware — the ability to measure groundwater at multiple depths and multiple points in a field," Rodgers said.

That data is then transferred to an internet service, using AT&T communications technology, where it can be analyzed and used to control watering schedules. The application then communicates with valves, turning them on and off as necessary, depending on the plant requirements. In other words, it can detect water in the ground and then add it automatically. It’s like a thermostat, only for water. 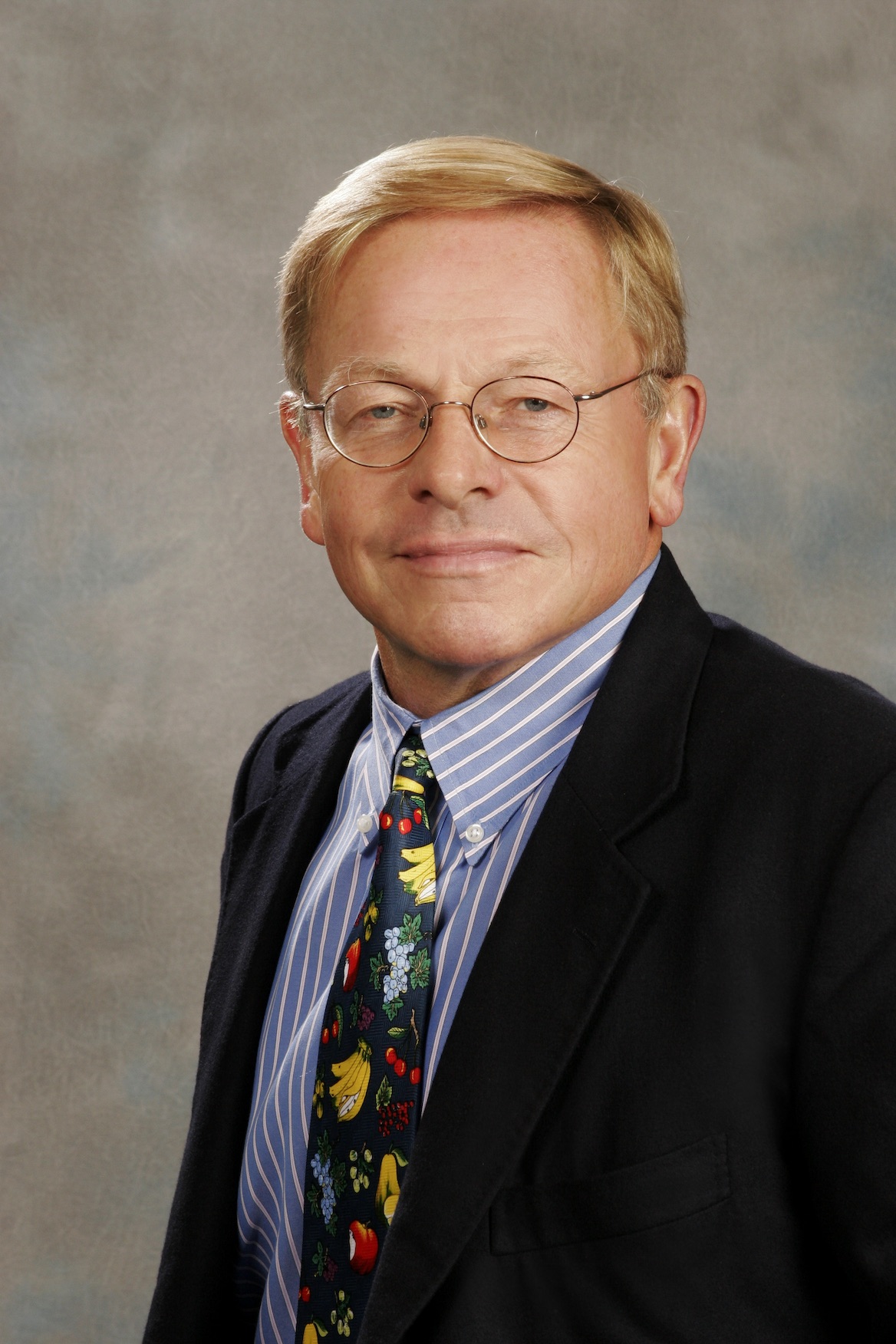 For perspective, Rodgers notes that soil moisture ranges from 0 percent (think of dirt that has been baked in the sun and is completely dried out) to around 52 percent (the consistency of muck). "It doesn’t overwater, it doesn’t underwater," Rodgers said. "It gives what the plants tell it to give."

One thing that differentiates WaterBit is its use of solar power, rather than short-lived batteries, to keep gadgets up and running in the field. (That’s another area of expertise for Rodgers. For more on his strategy, listen to Episode 117 of the GreenBiz 350 podcast, which will go live Friday.)

You may wonder: What makes smart irrigation technology interesting now? After all, precision agriculture — a method of farm management that uses sensors, drones, telematics and other information technologies to guide decisions — has been a "thing" since the 1990s. The broad market (including software applications) could reach an estimated $43.4 billion by 2025, according to data from researcher Hexa Reports.

But as extreme weather becomes the norm and huge food companies such as General Mills and Tyson talk up the need for better water conservation, treatment and consumption strategies, interest in smart irrigation technologies is reaching new levels. The niche could reach $1.5 billion by 2021, three times the market in 2015, according to estimates from another data gathering firm, Stratistics.

It doesn’t overwater, it doesn’t underwater. It gives what the plants tell it to give.

Naturally, the area is crowded with startups looking to siphon off some of the action. Aside from WaterBit (gaining notoriety because of the Rodgers connection), here are 10 ventures that have captured the attention of the venture capital and incubation community.

AquaSpy: This venture, which originally tested its technology in Adelaide, South Australia, is finding a following in Nebraska, where it helps farmers save an average of 2 inches per acre. It is funded with close to $11 million.

CropX: Originally founded in Tel Aviv in 2013, the venture sells "adaptive irrigation services" that apply the right amount of water to parts of the same field. According to Crunchbase, it has raised $10 million.

Edyn: Focused on smaller gardens, it has a sensor that can analyze moisture conditions for more than 5,000 plants and then water them accordingly. The Oakland, California, company has attracted about $3 million in backing.

Hortau: Based in San Luis Obispo, California, the company sells a service that uses wireless technologies to measure crop stress (via soil tension). It takes the guesswork out of scheduling. According to CrunchBase, the company has raised more than $27 million, including a $5.9 million Canadian grant in January.

HydroPoint: The Petaluma, California-based organization focuses on several water management applications including irrigation (using cloud services). One of its customers is business software Oracle, which has saved more than 10 million gallons of water using the technology on two Silicon Valley campuses.

Livn: A Chilean company that uses sensors and weather data; the information can be controlled via a mobile app (like many companies targeting similar applications).

PowWow Energy: Focused on mining a farm’s utility data to track behavior, its main office is in San Mateo, California, and the company has raised upwards of $3 million.

Smart Farm Systems: This Nicholasville, Kentucky company sells a complete end-to-end system for automated irrigations, including a proprietary wireless network. It was a USDA Conservation Innovation grand recipient in 2016.

Sprinkl: Based in Texas, this five-year-old startup is working on controllers that upgrade existing sprinkler-based irrigation systems. Or it can be used with Sprinkl’s own sensors to schedule irrigation using moisture data rather than timers.

Tevatronic: This Israeli company has been around since 2001. It uses tensiometers to "stress" plants and make the watering process more precise.