Why some utilities are embracing distributed power

The growth of distributed energy generation — particularly in the form of solar energy — leaves the aging, monopolistic electric utility system a daunting choice: Come out swinging in defense of the status quo or boldly jump into the cockpit, put on the co-pilot’s hat and fly toward the clean energy future.

The second choice is not only the best option, it’s also a vital move toward curbing climate change, serving customers with fair prices and, most important for the folks calling the shots, keeping utility companies in business.

In order to stay competitive, utility companies, grid operators and the people who regulate them need to do what’s right for people and planet — incorporate renewable energy, storage and software to modernize the grid.

The momentum for renewable energy builds as prices fall and emissions regulations tighten. Supporting this trend doesn’t stop at pro-solar policies. Innovating to keep up with the technology is essential for both wider adoption of renewables and a better, more resilient grid.

Breaking the common solar-versus-utility narrative, some utility companies are not only accepting the idea of a clean energy future — they’re ushering it in. For those who aren’t, the consequences will continue to grow. The question for utilities is, will they be leaders or laggards.

It should come as no surprise that many utility companies are on the defense against distributed energy resources, which are "turning the traditional model upside down." In addition to a growing base of rooftop solar customers and community solar gardens, utilities are facing competition from the likes of Google, Apple and Amazon.

Kit Konolige, an analyst with Bloomberg Intelligence, summed it up nicely: "When you own power production facilities, then you would typically want to have authority to sell power." Consumers producing and selling their own power lowers demand for power produced by utilities. This is a growing trend that threatens the very premise of the utility industry.

Change is coming — renewables advocates recognize this and are moving full speed ahead. Some utility companies and state utility commissions have heeded the call for progress, too. They’re modernizing the grid in ways we’ve never seen before, making the U.S. electricity system more resilient and better able to serve the American people with cheap, reliable and clean electricity.

As far as carbon emissions and price stabilization go, this is undoubtedly the right thing to do. But more important for electric sector incumbents, it’s the smart thing to do to avoid being left behind and facing the worst kind of "Kodak moment."

A few projects demonstrate the potential of innovative collaboration between utilities and distributed energy resources. Consolidated Edison, New York City’s major utility, recently announced it would pilot a virtual power plant that incorporates distributed generation into an organized, modern grid, with more than 300 homes leasing high-efficiency solar panels and lithium-ion battery storage systems from Sunverge Energy. SunPower will supply panels for the project. What’s amazing is that the power produced by these rooftop solar energy systems will be directly integrated with utility control rooms.

Similar projects include one by Southern California Edison in collaboration with Stem, an energy storage company. Green Mountain Power in Vermont is selling Tesla Powerwall batteries to its customers. PG&E is partnering with SolarCity for a pilot project in San Jose. SolarCity noted that the point of the project is to demonstrate "a more modern, customer-centric grid." That sounds a lot better than our current aging, profit-centric grid.

Not yet the norm

Although promising, these projects are not yet the norm. Distributed energy resources' growth is spurring fierce resistance from many utility companies. Nevada is perhaps the best example of this — a recent decision by the Public Utilities Commission of Nevada to overturn net metering, a policy that compensates solar customers for the energy they provide to the grid, has all but killed the once-thriving residential solar market there.

The electric sector is at a turning point. The climate crisis is beckoning it to step up and lead the charge into a more sustainable future.

In one of the sunniest states in the country, solar giants SolarCity, SunRun and Vivint Solar have packed their bags and left, taking hundreds of jobs with them. And on the commercial side, major casino companies are breaking their contracts with NV Energy to buy renewable power — more than 5 percent of power sales in the utility’s southern territory. Nevada’s utility companies are putting their businesses and their shareholders at risk by not changing with the times. These short-term effects pale in comparison to the threat of stranded assets — investments that become unusable due to policy and market changes — if regulators fail to update infrastructure to accommodate distributed energy.

Nevada’s story is the laggard’s story, although it’s certainly not too late to turn around and pursue collaboration and innovation. While net metering can be problematic and every state has different regulatory challenges and needs, there is assuredly a better way to approach those challenges that accounts for more distributed renewable energy. Resisting change leads to economic losses, a bad rap in the media and inadequate preparation for emerging regulations and market forces related to climate change, aging grid infrastructure and growing public support for renewable technologies.

The electric sector is at a turning point. The climate crisis is beckoning it to step up and lead the charge into a more sustainable future. Some companies are heeding the call, and the benefits they will see are many — from safety and resilience to cost reductions and carbon reduction. The companies that turn a deaf ear will face stranded assets, slow job growth and a loss of consumer trust.

Utilities must ask themselves: Will we secure our place in a low-carbon economy, or will we be left out of it? 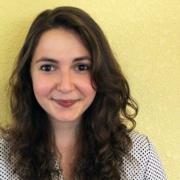 See all by Gavriella Keyles