<p>Sports teams -- and their facilities -- face heated competition for the title of &quot;greenest.&quot; The latest to score points for renewable energy is the Philadelphia Eagles, whose stadium will be powered by solar and wind power.</p>

The Philadelphia Eagles still may not have decided what to do with DeSean Jackson, their star wide receiver, but they have determined how to power their new stadium, Lincoln Financial Field.

The football team on Friday announced a partnership with wholesale-power-generation giant NRG (NYSE: NRG), which will install and operate 11,000 solar panels and 14 micro wind turbines at the stadium. That includes more solar and less wind than the Eagles had anticipated back in 2010. Solar power prices have plunged since then.

"We believe that companies everywhere can find ways to go green with business practices that help the environment and the bottom line," Eagles CEO Jeffrey Lurie said in a statement.

The Lincoln Field renewable-energy system, which is expected to generate about six times the electricity consumed during all Eagles home games annually, will make Lincoln Financial Field one of the greenest stadiums in the world when it's completed in December, the companies claim.

But it will no longer be the first stadium to be energy self-sufficient, as the team had originally expected. Stadiums that already produce more energy than they use include Taiwan's Dragon Stadium and Germany's Weser Stadium.

It's not surprising that stadiums face heated rivalry when it comes to energy efficiency and renewable-energy generation. First of all, energy costs have long been a big draw on stadiums' middle line. The Dallas Cowboys' stadium, which is one of the most expensive in the world, reportedly spends an eyebrow-raising $200,000 per month on electricity. Teams are looking for ways to reduce that expense.

And, of course, it's part of the nature of sports teams to be competitive.

So the one-upmanship that we've been seeing for the last few years will likely continue, with the leader list constantly changing. That's a good thing for sellers of renewable energy, but will also mean that teams – and their facilities -- will have to do more and more to get noticed.

The game for the "greenest" title goes beyond renewable energy, too. Here are some other ways that sports teams are vying for higher scores on sustainability: 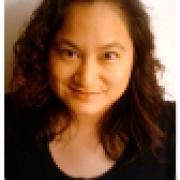