Why storytelling is important for the circular economy

Stories are important because they enable us to imagine and act collaboratively — two cornerstones in the transition to a circular economy.

Our built environment is an amazing interconnection of the systems that support how we live, travel, connect and thrive. However, these delicate and complex systems are at risk of failure as the effects of climate change, social unrest and political turbulence become more prevalent.

We’ve reached a point where we need a complete reset of how we design, construct, operate and dismantle our systems. We can’t build new models for change on the back of a broken foundation. We need a new story that works for all.

Coreo is an award-winning company that advises and guides industry and government through their circular economy aspirations at both a strategic and operational level. Recognizing that the transition to a circular economy is systemic, we work on projects in all key sectors of the global economy including mining, agriculture, education, tourism, construction and property.

We’ve been fortunate enough to work with some of the world’s most recognizable organizations to operationalize the circular economy including Rio Tinto, BHP, Lendlease and the city of Sydney. Throughout all of these experiences, I can confirm wholeheartedly that catalyzing transformative change all starts with stories that inspires and excite.

Stories are of immense importance because they enable us to imagine things collectively and act collaboratively — two cornerstones in the transition to a circular economy.

But what is the circular economy and more important, what is it not?

Well, for starters, let’s clear up our current status quo: the linear economy.

A linear economy is structured to "take, make and waste." Meaning that raw materials are collected, then transformed into products that are used until they are finally discarded as waste.

What experts and non-experts know for sure is that if the linear economic model is not replaced, the world will approach a tipping point where it will lose the capacity to sustain itself.

In contrast, the circular economy is about integration so as to enable feedback loops and synergies. It is an economic model designed to be restorative and regenerative.

The circular economy is built upon multiple schools of thought and theories and as such, it often can be quite a nebulous and contested concept. To help achieve some clarity, and to ensure that the stories we tell each other about the future we need are rooted in fact, let me dispel a few of the more common circular economy myths:

In a circular economy, waste is eliminated through better design, rather than developing novel ways to use waste that already has been created. It focuses on upstream innovation, not better waste management. There is a clear distinction between designing from waste and designing out waste.

Myth 2: It’s only about recycling more

The focus of a circular economy is on maintaining products, components and materials at their highest possible value for the longest possible time. This can be achieved through reuse, repair, refurbishment and remanufacturing strategies. Recycling is part of the circular economy, but it represents the "loop of last resort" when other options for products and materials are no longer available. Say it with me, folks: recycling is not the answer.

Myth 3: Efficiency is the answer

Traditional sustainability efforts have focused on efficiency tactics — reducing the amount of material and energy used in production processes and aiming to lower environmental impacts. A strategy focused on reducing the negative impacts of our activities — or making them more efficient — can go only so far. We need to ensure systems are effective, not just efficient. Remember, it’s not about doing less bad but rather more good.

History tells us that a values shift is triggered by the creation of a new story of how we want to live.

The circular economy is a fundamentally different vision for the industrial economy in direct opposition to the incumbent take-make-waste linear model. It focuses on industry-led transformation and systems-level change, drawing inspiration from nature rather than individual action or guilt. It is about designing differently from the outset, rather than mitigating and reducing the impacts of something that already has been created. Key takeaway? Sustainability describes a state we are aiming to achieve, and circular economy gives us the tools to get there.

Myth 5: Waste-to-energy is part of the circular economy

In many countries, incineration — the burning of waste such as plastics to produce energy — is viewed as a valuable pathway. But let’s be clear: Mass incineration isn’t part of a well-designed system. For example, in the case of plastics, taking an energy source (oil), turning it into an important material using more energy, used for a very short period of time, only to use more energy to turn it back into another form of energy, is not an example of a high-value process. There’s also increasing evidence that waste-to-energy plants can lock cities, regions and even countries into needing a steady flow of waste to make these plants economically viable — essentially creating a demand for waste rather than designing it out.

History tells us that a values shift is triggered by the creation of a new story of how we want to live. We need to make sure we’re telling the whole story of the transition to a circular economy because the opportunities for transformative change are abundant if we’re brave enough to step into the circle.

This article was written using resources created by the Higher Education team at the Ellen MacArthur Foundation which Jaine Morris contributed to. 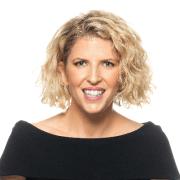 See all by Jaine Morris