Why the sudden interest in ocean plastic?

Over the last year, there has been a surge of interest in the problem of ocean plastic pollution. The media drumbeat began with the now-infamous turtle video, continued through National Geographic’s year-long "Planet or Plastic" series, and hit a new high with the BBC release of "Blue Planet ll."

In May, the Australian government set a target for 100-percent reusable, compostable or recyclable packaging by 2025; two months later, the Australian senate recommended a ban on all single-use plastics, including takeout containers, plastic-lined coffee cups, chip packages, and bags — by 2023.

In July, PepsiCo committed $10 million to the "All In On Recycling" initiative to increase recycling rates in the United States and capture 7 billion containers over the next five years.

I can’t see greenhouse gases, but I can see plastic on the beach.

In September, Norway announced that it will spend $200 million over the next four years on waste prevention efforts, anticipating a series of commitments that will be revealed at this month’s Our Ocean conference, where last year $8 billion was pledged.

It’s about time we took this problem seriously.

Charles Moore brought back the first reports of the "plastic garbage patch" in 1997. Since then, we’ve learned that 150 million tons of plastic are in the ocean, much of it from countries taxed with processing exponential levels of plastic with little or no waste management systems. The number has increased by 8 million tons each year as developed countries focus on eliminating single-use plastics such as straws — which represent less than 1 percent of ocean plastic — rather than systemic change.

In 20 years of working on environmental sustainability issues, I’ve never seen a topic or interest exponentially spike like this. Why?

However, all of this increased attention is not without increased risk. If people feel that they’ve done their part by sharing a Facebook post endorsing a straw ban, will they take similar action in giving up food in convenient (and non-recyclable) multilaminate plastic pouches? If politicians take a stand with single-use plastic regulation, will they also support policies that enable investment in recycling infrastructure?

I’m a lifelong advocate for the causes I believe in. As an idealist fresh out of college, I worked on everything from campaigns to save wild salmon in the Pacific Northwest to efforts to expand afterschool programs to help kids stay on the right track. I saw the incredible power of the private sector to drive change and moved in-house to help Walmart eliminate 20 million metric tons of greenhouse gas from the supply chain. By co-founding Closed Loop Partners, I helped leverage $40 million and unlock $125 million in funds to establish recycling infrastructure across the United States.

If people feel that they’ve done their part by sharing a Facebook post endorsing a straw ban, will they take similar action in giving up food in convenient plastic pouches?

But I’ve never seen a crisis that demands public, nonprofit and private attention as quickly as this one. That’s the bad news. The good news is: I believe this problem is solvable. It won’t be easy, but it can be done if we can harness the momentum and put aside tendencies to divide.

Analysis shows that if we can build waste management and recycling systems in Indonesia, China, the Philippines, Vietnam and Thailand, we can reduce leakage by 45 percent. But here’s the catch: The cost of such an effort could be in the billions of dollars.

With governments and corporations committed, we can unlock the funds needed to begin working on that 45 percent. And, when combined with source reduction efforts and closed loop systems at scale, we can take care of the rest. 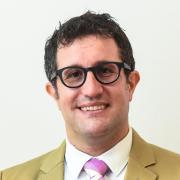 What role do incubators play in the clean economy?

This is an incredible opportunity to make an impact on plastic

Think ahead to this $2 trillion opportunity

See all by Rob Kaplan