We need to embrace social justice like we embraced polar bears.

Long before corporations acknowledged Black Lives Matter, they championed the plights of specific endangered species. Corporate conservation campaigns used phrases such as "Save the [insert your favorite animal]," which have been catchy, effective and oddly similar to the language we’re now using to educate people about the status of Black life in America.

As a kid, I, too, was influenced by Coca-Cola’s messaging. At just 11, I thought I could stop global warming, so I created a blog with articles urging people, "Save the polar bears." No one challenged me by asking, "What about the tigers? The tigers...matter, too! All endangered species matter."

The fact is, polar bears were (and still are) drowning due to global problems. If we addressed the root causes of those global problems such as reducing our reliance on fossil fuels, in fact, all endangered species would fare better.

The phrase "Black Lives Matter" works similarly to "Save the polar bear," only that Black people are drowning in a sea of systemic racism instead of a rising sea of melting ice.

Want to know how well our society is tackling racial injustice? Look to Black people. If we’re doing good, we’re all doing good.

When someone says something such as "Save the polar bears," they are also indirectly revealing other information about themselves. Perhaps they eat organic, use public transportation, recycle or take military-style showers.

Likewise, when we say "Black Lives Matter" we are actually making a declaration about our belief that injustice somewhere is a threat to justice everywhere. All lives truly matter when those that are the most marginalized matter.

Want to know how well our society is tackling racial injustice? Look to Black people. If we’re doing good, we’re all doing good.

I spend a lot of time thinking about how white people are just awakening to the systemic racism that continues to thrive in every aspect of American life and how this systemic racism continues to affect me daily. If so many people have gone so long without acknowledging the reality that people of color experience every day, it’s not surprising that these issues have gone on for so long.

Sometimes a watershed moment is needed to bring attention to a crisis. After all, no one cared about polar bears until Mt. Pinatubo’s 1991 volcanic eruption, which greatly influenced our scientific understanding of anthropogenic global warming and its impacts on arctic life. The catastrophic event was one of the most significant watershed moments for climate activism.

Now, the Black Lives Matter movement is amid a watershed moment. White people are awakening from their own hibernation and acknowledging that, yes, as the statistics suggest, racism still exists.

For example, Black people and white people breathe different air. Black people are exposed to about 1.5 times more particulate matter than white people. Give more than just a cursory glance to Marvin Gaye’s "Mercy Mercy Me (The Ecology)" and you’ll discover its truisms: "Poison is the wind that blows from the north and south and east." Researchers have found that toxic chemical exposure is linked to race: minority populations have higher levels of benzene and other dangerous aromatic chemical exposure. Lead poisoning also disproportionately affects people of color in the U.S., especially Black people.

A careful examination of our nation’s statistics reveals myriad racial disparities. The polarity of experiences is startling. This influenced many well-intentioned white people to examine numerous situations and ask, "Is racial bias truly at play here?"

I challenge that that’s not the question we must ask when we live in a world with such disparate statistics for communities of color. It’s much more powerful to ask, "How is racial bias at play here?"

Those who fail to confront how racial bias is often at play attempt to live in a colorblind world that does not exist.

When tipping service workers, when selecting your next dentist, when making employment decisions, when raising children, seriously consider that the world is not colorblind. And to create a more equitable world, we have to fight more aggressively to counteract the evil that already exists.

This is what it means to be anti-racist, or as the National Museum of African American History and Culture counsels, "Make frequent, consistent and equitable choices to be conscious about race and racism and take actions to end racial inequities in our daily lives."

So, what can allies do?

Step 1: Take out a sticky note.

Step 2: Write out the words ANTI-RACIST.

Step 3: Put it on your laptop monitor and do the work. It’s a daily practice to filter your thoughts, communication and decisions through an anti-racist lens. 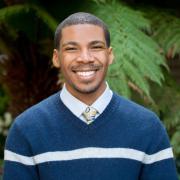 The power of job crafting for sustainability jobs — and beyond

See all by Charles Orgbon