Why Sustainability Reporting Is Revolutionary

We have long said that things we have taken for free will become the new gold – water, waste, carbon. Today as we speak, externalized costs are being forcibly internalized into cost structures, economies and incomes. The weather is not waiting to be regulated. We believe we have entered the era of climate adaptation, where we are no longer contemplating the potential, but beginning to grapple with the consequences.

Five years ago, we worked with a number of key stakeholders to scenario plan for the volatile and resource constrained world we saw emerging. We identified key indicators of stress that would force change upon economies and businesses: Peak oil and rising gas prices. The number of weather disruptions that then led to droughts or floods impacting commodity prices. Growing inequity between rich and poor. Breakdowns in global governance mechanisms. Greater transparency and access to information as an accelerator of change.

Today all those indicators are flashing amber. And because of that, we collectively must create a new pace and scale of change. One that is measured against a ticking clock that counts in days, not decades. 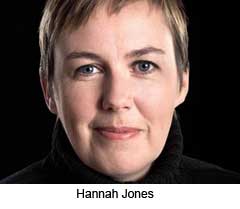 Back then we saw three potential scenarios that could unfold in the face of these new constraints and volatility:

The "thoughtful paced transition" scenario was one in which business, government and communities had prepared and begun the journey to transition economies and business models. Through planned incentives, investments and regulations we would have begun the journey to mitigation and adaptation. (I had great hopes for this one).

The "rapid crisis response" scenario was one in which we were collectively late, had had our heads in the sand, and awoken to crisis. (As Tom Friedman said: either $200 dollars a barrel or the mother of all environmental disasters.) As a result of the rude awakening, disruptive and significant change would be led by the political systems, with coordinated global governance and regulation creating the architecture for new models to emerge. Overnight there would be winners and losers.

And then a third scenario emerged: the "winner takes all" scenario. In this scenario, early leaders recognize that there is competitive advantage to decoupling economic growth from scarce natural resources fast, which leads both to rapid innovation and new business sectors emerging, but also fragmented policies, protectionism and fragmented policy responses -- which in turn make the cost of losing less obvious until it's too late. Who will own the gold of the future? Who will reap the rewards of early leadership in the cleantech industry? Who will own the scarce natural resources, who will own the resources of the future economy?

Depending on where you are in the world, all three scenarios are unfolding. "The future is here, it's just not distributed equally" as someone once said. Whichever scenario you bet on, a story of risk mitigation, efficiencies and incrementalism will not be enough.

Less bad does not equal all good. Retrofitting the Past is a different strategy, with fundamentally different outcomes, compared to Innovating the Future.

We have to accelerate ourselves into the future we all aspire to build -- a future in which economic growth is decoupled from scarce natural resources. And that is an innovation challenge, not a retrofitting challenge.

So where are accelerators of change and innovation?

Within the reporting conversation lies, we think, the key to two powerful accelerators:

The first is Transparency. To quote Don Tapscott: "You'd better be buff if you're going to be naked." Transparency is the new inevitability.

The art and science of sustainability reporting is maturing and shifting into the game of standards and legislation. Just reporting alone forces shifts in a company. With knowledge comes responsibility. It's a good thing. Let's get it mainstream, standardized, institutionalized.

But here's the thing: to be able to deliver this transparency has required data, which in turn has the potential to trigger innovation.

We're discovering how combining different data sets can be a tool for empowerment; social change; new insights; new solutions. What happens when we can mash up the data from these reports? How do we apply Silicon Valley new business model thinking to the data we see emerging from the sustainability world? And in a world where open data is starting to create new businesses, new solutions to intractable problems, how do we reap even great value from the world of reporting? How does reporting actually become the start of an innovation story, not only the crowning of an accountability story?

If data is the new oil and Twitter the new organizer, what does that mean for a corporation? What does it mean for reporting? Who are we reporting for? How are reports used in the future? How is the data made more mashable, useable, useful? Should there be open data standards applied to reporting?

At the heart of all of this is our ability to innovate and scale new economic models, and new sustainable consumption models.

At Nike, we believe that the question for every corporation out there today is: Will you lead, follow fast or risk extinction? For every investor, the question is: will you invest in the company that innovates, is resilient and anticipates changes in the market?

Today the questions asked are too often those of incrementalism, of less bad, and of the old paradigms.

When we talk about sustainability without the context of value creation we diminish the potential and the opportunity and the speed with which the transition will happen. How do we turn sustainability into a "pull" function not a "push" function within a corporation?

The answer lies in viewing sustainability as a strategic prism through which to view the resiliency, future growth trajectory and value creation potential of a company.

We believe the time is fast approaching when we will jettison the language of sustainability and simply talk about value creation; NPV, ROIC, market share, innovation portfolios and shareholder returns.

How will sustainability reporting make that leap -- from environmental and social impact reporting into value reporting? How will mainstream financial reporting become the vehicle through which corporations want to talk about their investments in clean tech, in new innovation, as part of their growth strategy? How do we accelerate that journey?

Sustainability is no longer just a values based question. It's a core strategic imperative for any company that intends to thrive and grow in the years ahead. 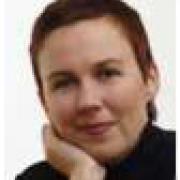 See all by Hannah Jones