In this response to editor Preston Gralla's post from earlier this month, the coordinator of Greenpeace's Cool IT Challenge explains how the campaign is trying to push companies on the policy front to influence the global climate debate for the better.

The article then demonstrated a complete misunderstanding of the campaign by stating:

Look at the scorecard itself. A full 35 points out of the 100 total are devoted to speeches and political advocacy done by the companies. But speeches and advocacy aren't the key to what these companies need to be doing.

The best way to make the IT sector's emissions reduction solutions massively profitable is to make carbon emissions hugely expensive. That will not happen through current market mechanisms, it will only happen through the political and legislative processes that are underway to cap CO2 emissions. Those processes are driven (we would say to an unacceptable extent) by industry lobbying.

The fossil fuel industry recognizes its business interest in these political proceedings, and is pushing hard to ensure caps on CO2 emissions remain weak and ineffectual.

The IT industry is largely absent from that fight, despite having everything to gain from strong and binding mechanisms. We at Greenpeace simply want to see a fair fight, and at the moment the heavyweight contest is absurdly imbalanced.

Reports such as SMART 2020 show the use of IT solutions could cut 15 percent of global carbon emissions by 2020. Those kinds of solutions become extremely attractive in a restrictive carbon regime. Their profitability rises in lock step with a rising cost of emitting CO2.

That 15 percent reduction goal is the biggest benefit IT can bring to helping prevent catastrophic global warming. To achieve this goal, IT companies need to show how their solutions contribute to measurable, verifiable and -- most importantly -- net emissions reductions.

Indeed, we don't delve into detail on each solution offered by companies because there are so many covering diverse areas: travel reduction, logistics, electricity grids and buildings to name just a few. In the end the only number that matters is how these solutions reduce emissions. It's also one of the few ways to compare different solutions by different companies and why we are pushing for case study examples and industry-wide standards.

The scale of the climate challenge requires a new style of leadership from the business world and from businesses that stand to gain in a low-carbon economy -- IT companies could be some of the biggest winners. However, the head of the U.N. climate process, Yvo de Boer, summed up the current situation from U.N. climate negotiations in Bonn:

"The problem I have is that when we all get back home -- it's the potential losers that have the ear of the politicians and not the potential winners."

The days have long since passed when signing a general declaration or joining a corporate club that states global warming is important and global carbon emissions should be regulated in some form was sufficient to be a climate leader. This is a battle for the future of the planet. Battles necessitate the choosing of sides. Companies staying silent in the debate are allowing the high-carbon lobby to delay and weaken any potential global deal.

We do not present the Cool IT Challenge as a comprehensive survey of all aspects of the whole sector's Green IT initiatives. Gartner has already published such an industry survey in 2008, but even Gartner cannot get responses from all the top companies. We spend a lot of time doing our "homework," meeting and discussing with relevant companies, often in depth and reviewing their public material. To check company claims we often consult with other external experts.

Prioritizing What Matters Most

We called it a challenge because that's exactly what it is -- focusing on the key priorities of real emissions reduction solutions, clear and progressive advocacy and companies acting to reduce their own emissions and boosting renewable energy use. This requires leadership from the IT sector and difficult choices about confronting the stance of some of their biggest corporate customers.

There has been plenty of publicity about the environmental impact of IT, such as in our Guide to Greener Electronics. Now we feel it's time additional focus is given to the vital solutions side of the industry. Real climate leadership is needed now and we are trying to identify true climate champions from a sector that stands to benefit from a strong global deal on global warming.

That would be really "cool" -- not only for the planet but also for IT businesses everywhere.

Tom Dowdall is the coordinator of Greenpeace's Greener Electronics campaign. 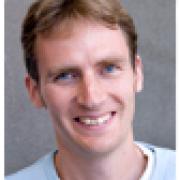