Why these cities are accelerating their autonomous vehicle initiatives

The list of cities actively mulling how to embrace self-driving cars, buses, vans and other autonomous modes of transportation is growing longer by the day, for good reason.

Many planners see the technology as an enabler of transportation services that weren't previously feasible for cost reasons, serving citizens that haven't previously had ready access to transit options because of their income level or home address. Some believe it could catalyze the development of more livable urbanscapes, ones built for people, not cars.

Other potential benefits: reduced traffic due to smarter vehicle guidance systems; increased potential for improved economic productivity, as drivers become passengers; and a reduction in emissions, as many AV models will be electric (at least down the road).

But the safety concerns are myriad. A Pew Research Center study released in early October found that 53 percent of Americans are very or somewhat worried about driverless car technology, and more than half indicated they wouldn't want to ride in one, given the opportunity. It's well-accepted that urban streets — replete with pedestrians, cyclists, delivery vehicles and other unexpected obstacles — will strain the limits of the sensor-enabled, collision-mitigation systems that autonomous vehicles require to operate safely and predictably.

"We know that we need to deal with our transportation problems in a radical way," said Shireen Santosham, chief innovation officer for the city of San Jose, California, during a panel discussion at VERGE 17. "Simply incremental change is not going to work."

Until recently, federal-level guidance has been muted, which is why trailblazer cities such as Austin, Texas; Columbus, Ohio; Los Angeles and San Jose are taking matters into their own hands.

We know that we need to deal with our transportation problems in a radical way.

Los Angeles, for example, created a coalition to address these technologies two years ago. "Connected and self-driving cars promise to not only transform how we commute — but also how we think about the safety and convenience of all automotive travel," said Los Angeles Mayor Eric Garcetti, when that initiative was launched.

The autonomy of cities to shape their own policies could be called into question, however, as federal lawmakers consider a pair of bills that significantly would expand the number of cars, buses, vans and other vehicles that could be tested.

While cities have said they are eager for more federal and state-level guidance, the National Association of City Transportation (NACTO) has taken a strong position against the legislation as currently drafted. In particular, the group is concerned that the federal laws don't require enough performance or safety data from automakers. Right now, the National Highway Transportation Safety Authority requires disclosure on accidents only on an annual basis, and cities say that's not enough.

"Automated vehicles have the potential to make our cities safer, more efficient and more economically productive, and cities want to do their part to bring this new technology to our streets," said Linda Bailey, executive director of NACTO, which represents 55 cities, in a statement. "The legislation as currently written hinders this progress — weakening instead of strengthening cities' and states' ability to engage with private partners on safe operations and data sharing."

One area where federal support would be eagerly welcomed? Support for widespread broadband communications infrastructure, which is vitally important for supporting connected cars and fleets, need more attention, suggested Santosham.

"Federal government should play a stronger role in investment: are the networks powerful enough to communicate adequately," she said. "Or will there be latency in real-time mapping? Right now, we don't think about broadband as part of this, but we should."

A unique opportunity for public-private partnership

While every city has its own priorities, dictated by their unique geographic and demographic challenges, they are unified in their conviction that planning for the autonomous future will require ongoing input — and investment — from the private sector.

The Regional Plan Association, an organization working on recommendations for the New York-New Jersey-Connecticut metropolitan area, noted in its latest report published in October that collaboration between governments and technology companies will be critical. The authors write:

"Rather than repeat the mistakes of the last automobile age, adaption should intentionally use AV technology to improve the reach, utility and lower the cost of public transportation. … Governments need to guard against the risk that transit services are undermined by new AV shared-ride services which could siphon off wealthier riders, leaving lower-income residents with underfunded and diminished service options. 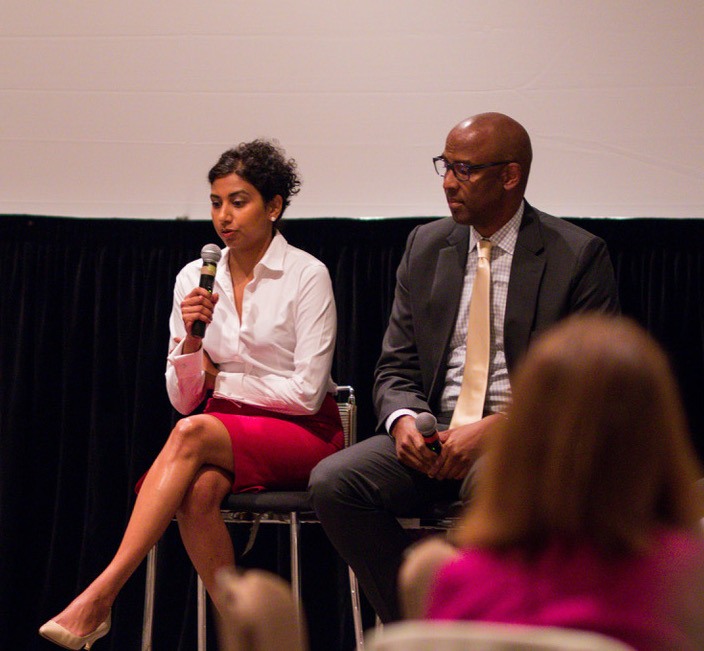 San Jose, the largest metropolis in Silicon Valley with more than 1 million residents sprawled across 180 square miles, is making shared, electric autonomous vehicles central to its transportation planning for the next several decades. Earlier this year, the city issued a request for information, in order to help identify potential partners from the impressive list of technology giants and automakers seeking a stake in this future.

Santosham believes the technology will be crucial for connecting its airport to the San Jose Didiron Station, a major rail hub that expects an eight-fold traffic increase between now and 2040. It's also studying the role of self-driving vehicles in connecting the heavily trafficked highway corridor between big corporate campuses, such as the new Apple headquarters, and the central downtown neighborhood. Equally important is making sure that these services are accessible to all citizens, she said.

"Whenever you look at privatizing a system, you can end up with redlining of areas," Santosham noted during the VERGE session. "Can we look at use cases and show that they are profitable and beneficial to the public?"

Louis Stewart, chief innovation officer for Sacramento, California, home to about 500,000 people, said that AVs could become the backbone of new economic and development opportunities for the downtown area. That's one reason that the Kings basketball team, which opened the new Golden 1 Center there in fall 2016, has become an active partner of the conversation, he suggested. The planning also involves four healthcare systems that call the city home, Stewart said. They see future mobility options, such as ridesharing services, as a way of decreasing appointment no-shows and improving preventive care, Stewart said.

"Right now is the perfect time to truly think about thoughtful public-private partnerships," he said. "There isn't enough money to go around, especially on the public side. And on the private side, what we're hearing, at least in Sacramento, is that a lot of the companies are waiting to see the right signals from cities, from states before they actually invest in a partnership model."

Cities such as Sacramento are eager to learn from other trailblazers, including Columbus, which in 2016 was awarded $40 million by the U.S. Department of Transportation to invest in a number of smart city initiatives, including AV-driven services and adding close to 800 electric vehicles to its municipal fleet by 2020. Stewart is also keeping close tabs on programs in Detroit, as well as in "sister cities" such as San Leandro, California.