Despite high-profile flops in recent history, take note of these headwinds.

News over the past decade has contributed to a misperception that sustainable aviation fuels cannot succeed in the marketplace. In reality, we are at an inflection point where alternative jet fuels being developed today are not only viable, but critical to aviation’s long-term growth.

Our climate cannot afford to wait another several decades for solutions to aviation’s emissions problem. The global aviation industry produces around 2 percent of all human-induced carbon dioxide emissions. Options for reducing flight CO2 are limited, and the International Air Transport Association expects 7.2 billion air travelers in 2035, close to double the 3.8 billion air travelers in 2016.

Because of these factors, air travel’s proportion of total global emissions will grow. With a potential for an 80 percent reduction in life-cycle emissions, sustainable aviation fuels represent the best bet for decarbonization. To paint a clearer picture, if in 2020, 5 percent of commercial aviation’s fuel supply consisted of sustainable fuels, its overall carbon footprint could drop by 4 percent. That’s consequential.

Sustainable aviation fuels are a disruptive technology, and disruptive technologies aren’t always overnight successes. It took 50 years for wind and solar to become cost-competitive with fossil fuel–based energy. Certainly, we don’t anticipate the same wait for aviation biofuels to approach cost parity with conventional jet fuel. However, it’s typical for setbacks to accompany the disruption of an incumbent system, especially a disruption involving an energy transition.

That’s why over the past few years, like any new technology, we’ve seen some high-profile failures. Investors have committed considerable resources to develop the commercial alternative-jet-fuel industry, investing in many companies. Kior is bankrupt; Solena folded, to take two examples — although these specific failures are attributed to potential fraud and lack of government support, respectively, as opposed to a single intractable industry-wide threat. Importantly, aviation biofuels compete against the commodity Jet A fuel — fortified by entrenched lobby groups, supportive policies and subsidies and economies of scale. So it’s not surprising that there have been challenges.

Alternative jet fuels being developed today are not only viable, but critical to aviation’s long-term growth.

Fortunately, certain developments have helped the industry arrive at an inflection point.

First, there is strong political will. The global consensus coming out of COP21 to limit temperature increases to well below 2 degrees denotes a global commitment to efficiency measures across borders and industries.

Now more than ever, national and local governments are aggressively pursuing carbon-reduction initiatives, and multi-stakeholder groups are working together on initiatives to advance a more sustainable aviation industry. The International Civil Aviation Organization has committed to carbon-neutral growth from 2020 (largely through the purchase of carbon offsets), while groups such as Commercial Aviation Alternative Fuels Initiative work with industry stakeholders to accelerate the development and commercialization of sustainable aviation biofuels.

The California Air Resources Board is in the process of including alternative jet fuels under the Low Carbon Fuel Standard, generating financial incentives for producers. British Columbia and Oregon have issued low-carbon fuel requirements that include sustainable aviation fuel; other U.S. states are considering adopting similar laws. The European Union is actively exploring new sustainable aviation fuel subsidies. Never before has there been so much momentum.

Second, demand is growing. Industry stakeholders are proactively addressing the price premium. Thanks in part to the leadership of United Airlines and KLM, the AltAir facility in Paramount, California, produces sustainable aviation fuels for routine flights originating at Los Angeles International Airport. 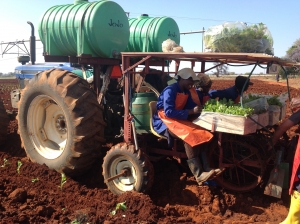 Indeed, a growing number of airports, including Oslo and Stockholm, are actively supporting biofuel as part of blended fuel for all aircraft, enabled by high-volume purchases from airlines and corporate sponsors. Seattle-Tacoma International Airport is working with RMI-CWR and SkyNRG to explore long-term financing solutions to secure supply of sustainable aviation fuel. Geneva Airport is building on the RMI-CWR and SkyNRG "Airport Approach" to cover the price premium for future biofuel supply, which will be guaranteed by refiner Neste.

What's more, there are clearly strong signs from a growing list of airline agreements with producers of sustainable aviation fuels.

These are just a few examples of the deals happening every day.

There are five industry-vetted conversion technologies and many more on the near horizon.

Finally, the technology is stable. There are five industry-vetted conversion technologies and many more on the near horizon. Over 1 billion gallons are potentially available with another billion pending certification. Sustainable aviation fuel is poised for both growth and success.

The confluence of these developments forges a new paradigm in the aviation biofuel industry. Widespread political will, ever-growing demand and technology improvements continue to catalyze growth.

As a result, investor confidence will continue to increase — creating conditions more conducive to displacing the incumbent jet fuel model. At the other end of the supply chain, oil majors can capitalize on growing demand by helping to build aviation biofuel infrastructure and supply. This would be a win-win for the entire aviation industry.

Editor's note: RMI-CWR is an independent nonprofit and citation in this article does not imply endorsement of any specific producer of sustainable aviation fuels.

See all by Adam Klauber