Why upcoming EPA rules can ignite the energy efficiency industry

If past is prologue, we are about to embark on a transformation in the energy industry that will deliver cleaner, more reliable and cheaper power. What may surprise some is the way this will happen: through environmental regulation.

It's an old maxim among environmental regulators that new rules are always expected to be more expensive than they actually prove to be. The data back up this view. When it comes to EPA regulations, particularly air quality regulations, the benefits almost always exceed the costs of implementation, often by a wide margin. In 2011, the Office of Management and Budget reported to Congress (PDF) that the benefits of air quality regulations were, at minimum, four times the costs. At the high end of the range, OMB estimated the benefits to be as much as $550 billion, compared to a cost of roughly $29 billion.

These are important numbers to keep in mind, because the EPA is poised to issue new regulations, known as the Section 111 rules, which could reshape the energy industry for years to come. It's why EPA Administrator Gina McCarthy is working her way across the country like a rock star promoting a new album. She's on the road to talk frankly about climate change and the rules her agency will propose in June to reduce carbon pollution. It's an interesting strategy and is taking her deep into the heart of coal country, to places such as North Dakota, which are not usually the friendliest of places when it comes to the EPA.

But, as we've seen before, while the new rules will create hardship for some, we've only scratched the surface on the opportunities that will be created. Properly crafted regulations tend to spur innovation. Ironically, Wyoming, a coal-producing state concerned about the new regulations, is one of the states that benefited from regulations addressing acid rain pollution. Low sulfur coal became a favored fuel to meet the acid rain standards of the 1990s, creating a much bigger market for Wyoming's cleaner coal.

I recently spoke with a former public utilities commissioner who described the looming regulations in this way: "Utility regulators, at their core, are economic regulators," he said. "They're primarily focused on price and reliability. Climate change regulations will introduce a whole new set of variables that will have the force of federal law behind them. Their world is about to turn upside down." 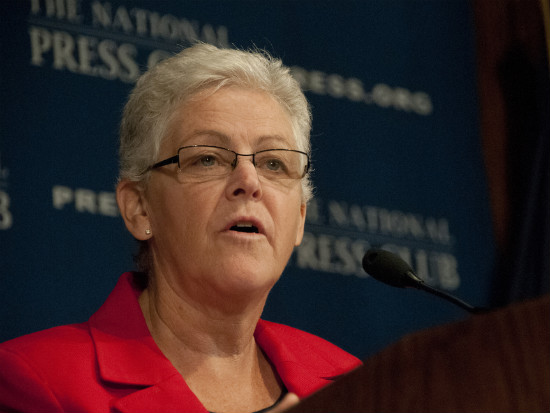 While that may be hyperbole, what's certain is that the game is changing.

Here's where things get very interesting. Traditionally, EPA sets standards to reduce pollution and the solutions usually involve control technologies, such as scrubbers, filters and catalytic converters. Carbon pollution is an entirely different animal. Sure, some old coal plants will shut down. But the playing field is likely to be dominated by energy efficiency. Thankfully, EPA seems to recognize this and has given indications that energy efficiency may be an important component of the new regulations. How that plays out over the next few years as the new rules are sorted out is still an open question, but the implications for the energy efficiency industry are clear.

Without a doubt, it will spur innovation. Already, we're seeing companies popping up that bring us ever closer to a truly smart grid. Much of this comes from a desire to better manage costs and improve reliability — traditional drivers of utility regulation. EPA is about to pile on, and it'll be a good thing for people who care about energy efficiency.

Anyone who has worked with the EPA knows that it can be an exacting taskmaster. They obsess about measurement. They fuss about verification. Estimates are anathema. Hard data, gathered in real time, is EPA's definition of nirvana. Consider the dramatic changes in air pollution control that happened in the '90s. New Clean Air Act regulations required widespread adoption of continuous emission monitors, known as CEMs, with the expectation that it would be easier to measure and verify what is actually coming out of smokestacks. No more arguments about what actually happened. There was less reliance on complicated models and after-the-fact guesswork.

If you work in the energy efficiency industry, these are familiar themes. Utilities spend billions of dollars every year to squeeze more electrons out of their assets. Unfortunately, our efforts to measure and verify the effectiveness of all of this activity remain stuck in the 20th century.

That's starting to change. The players in the industry that can figure out how to measure and verify energy efficiency actions in real time, backed up by hard data, will be the winners. Carbon pollution will go down, as will energy costs. And we'll have the EPA to thank for it.

Image of matches by Melodia plus photos via Shutterstock

The great coal cleanup is everybody's business (with opportunity for all)

Why coal country must be part of the clean economy

Can Stuffstr become the Uber for stuff?

Dads, daughters and sustainability — a view from the road

See all by Leo Raudys