Why we need to go beyond corn, wheat and rice

What was the last grain you ate? Chances are very good it was wheat, corn or rice, the grain triad that directly contributes more than half of all calories consumed by humans worldwide. Early on, humans recognized food that was relatively easy to process, with high yields (and therefore high calories) and good taste. Each grain traveled far from its origins long before agricultural industrialization. Already familiar to most people, and aided by modern practices, the triad was in the perfect position to dominate the modern food grain market. But today's changing world brings with it questions around these dominant grains.

“Diversity is good for the human gut,” said Cynthia Harriman, director of food and nutrition strategies with the nonprofit Whole Grains Council, an advocacy group that educates the public about health benefits of whole grains, including uncommon ones. And it’s good for the land, too, she adds, pointing to modern-day “problems with monoculture,” such as vulnerability to pests, disease and severe weather.

As we face a world with a changing climate and unpredictable weather patterns, a concentrated food crop portfolio could be a risky thing. Diversifying the food system with uncommon grains could be a good step toward resiliency, but getting people to welcome something new into their diets is a tall task, and our current food system is geared against them — they’re uncommon, unknown and underappreciated.

Many uncommon grains come with environmental benefits. A grain such as teff, for example, is hardier, more drought tolerant and more nutritious than wheat. It can be grown in water-stressed and waterlogged conditions (depending on the cultivar). Similarly, from an environmental standpoint millet is preferable to rice, which depends heavily on water. In Asia, 20 percent of the rice-growing area is drought prone. Foxtail millet, one of several millet varieties, is the only cereal grain in nature that can produce grain with 4 inches or less of annual rainfall. And many uncommon grains can grow in less fertile soil than wheat, corn and rice require. 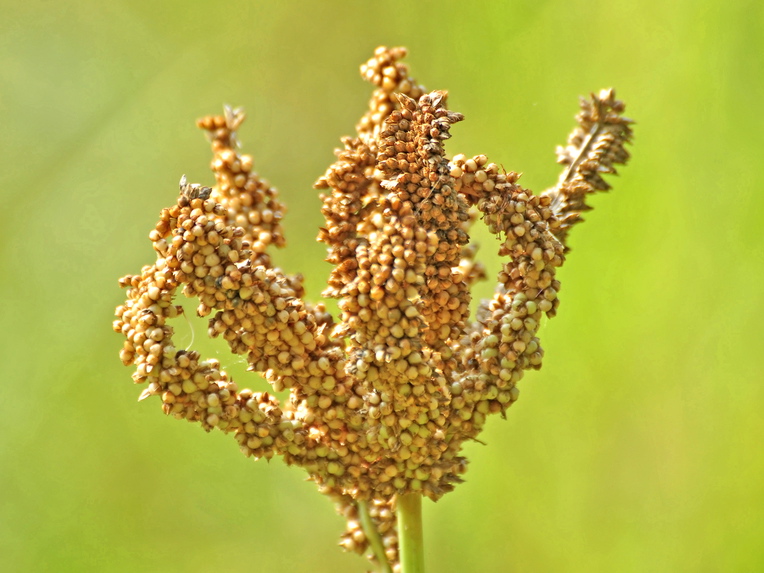 Dipak Santra, assistant professor in the Department of Agronomy and Horticulture at the University of Nebraska-Lincoln, emphasizes Harriman’s point that diversity of grain is most important — for both the environment and nutrition. “A more diverse grain portfolio out in the fields is better for the environment because pest management is better when diverse crops are planted,” he said. Currently millet has few major disease problems and teff is relatively free of plant diseases compared with other grains.

Despite such advantages, there are many obstacles to bringing these uncommon grains to mass market.

Kantha Shelke, a food scientist and consultant for the Chicago-based Institute of Food Technologists, said that for mainstream food companies to be interested in alternative grains, they must have consistent access to large quantities of a crop. Even then, to invest in an uncommon grain such as millet, quinoa (a pseudo-grain) or teff as a food ingredient takes capital for new processing equipment — another factor that can inhibit the rise of uncommon grains. For example, North America lacks large facilities that wash saponin from quinoa before it can be used. Saponin is a bitter substance, an evolutionary adaptation to predation, and food companies want quinoa with the saponin removed.

“Tried and trusted trumps the new and uncertain,” Shelke said.

Government subsidies, too, tend to favor established grains over uncommon ones. The Indian government subsidizes rice and wheat, up to 86 percent of the cost for the lowest income families, and only recently included millet. In the U.S., from 1995 to 2012, the federal government’s agricultural subsidies totaled almost $300 billion, with corn ranking first, wheat second and rice seventh on the Environmental Working Group’s top 20 list of subsidized crops.

Because tastes are mostly learned, in one generation it’s easy for farm policies and practices to cement consumer relationships with specific grains. Producers rely on high yield and are obviously looking to make a living, so untried, unfamiliar crops are scary. And because most uncommon crops lack even a small market, farmers would be foolhardy to grow them. Besides that, consumers can harbor biases against certain foods. Today, for example, millet is used for bird feed in North America, while in the 1980s teff faced a stigma associated with Ethiopian famine.

So, how do you make a market for a crop no one grows?

It takes a village

Nurturing a new cereal grain market is a lot like raising a child — it takes a village to do it right. For a new food to thrive, it takes public education, financial security, infrastructure and opportunities to grow. Wayne Carlson has done possibly more than anyone else in North America to bring teff to the marketplace. A biologist, Carlson was working in Ethiopia during the 1970s when a series of events hit the country — an influx of development aid, revolution and famine, the latter of which defined the East African country for years after. But what Carlson learned working in remote traditional farming communities led him to believe in the value of the country’s indigenous agriculture practices, and especially the value of teff. “I got to observe the local economy, the local farmers, and I started to appreciate the role of teff in their society,” he said. “I just thought there was a lot of value to the crop and it served them well for thousands of years.”

Seeing the value, especially after realizing the opportunities for improved pest management teff provided, he wanted to bring the grain to global consumers. But to survive outside remote Ethiopian communities, Carlson knew teff had to develop a cash value.

But Carlson’s efforts to bring teff to market in those days were difficult. “People thought it was a joke at first,” he said. “The only thing they knew about Ethiopia was that everyone was starving, which was totally wide of the mark of what was really happening. They thought growing Ethiopian food was stupid, so that was an early barrier.”

Starting in the 1980s, through the company he founded in Idaho, the Teff Company, Carlson slowly laid the groundwork for a teff economy. That meant developing seeds, working with farmers and finding a market — all at the same time. It also meant avoiding hype, which can destroy a crop, Carlson said. “People jump in, then they don’t know what to do with it, they dump it, and that destroys the market,” he said, pointing to Jerusalem artichoke as an innovative crop (ideal for alcohol production for fuel, which, on the heels of the oil crisis in the 1970s made it attractive) destroyed by hype — a pyramid scheme — in the 1980s. The scheme ruined farmers who had a crop and nowhere to sell it. (Today, quinoa also could face a hype crisis, with U.S. farmers clamoring to grow a popular food that lacks a large-scale domestic infrastructure).

Following the upheaval of the 1970s, thousands of Ethiopians immigrated to North America. Carlson rightly assumed they were the teff market — a small one, but one that valued and missed their traditional grain. Aunt Jemima pancake mix had been used to try to recreate injera, their traditional bread, but it proved to be a poor substitute.

Carlson’s efforts have met with success; he’s created a teff industry where there was none before. Despite still being relatively small, the market is growing in Turkey, and efforts in Europe are following Carlson’s lead. “We spent 30 years promoting teff, and it’s quite gratifying because it worked,” Carlson said, acknowledging that it was an effort that happened at the right time: Political instability forced people to move beyond borders, creating an opportunity for exposure. “There was a lot of serendipity. I think there’s a certain amount of luck and art involved.”

Scientists constantly fiddle with wheat, corn and rice. They ponder yields and disease, and they sequence genomes. At McGill University in Montreal, Valérie Orsat, chair of the Department of Bioresource Engineering, works with alternative grains. Her lab experiments with cultivars with farmers, develops recipes for consumers and has created a simple, mechanized de-hulling tool for millet in India. But Orsat’s lab is one of the outliers; uncommon grains more often than not get short shrift from the scientific community — in terms of funding and therefore research — because the market is too small. Yet farmers count on scientists leading the way by experimenting with new varieties before they’re willing to plant them in their fields.

Research funding for crops such as wheat is abundant. In Washington state, for example, the Washington Grain Commission helps fund wheat research through a 0.75 percent assessment on each bushel at the first point of sale, which equals roughly $5.7 million per year. Meanwhile, Murphy writes a lot of grant applications to find funds for buckwheat, hull-less barley, millet, amaranth and quinoa.

Santra agrees that there is a huge funding disparity, saying the difference is likely a thousandfold or more. Tracking down specific data is difficult because there’s not an assessment put on uncommon grains such as the one put on wheat in Washington. But, to give some idea of the disparity, between 1988 and 2014, the Sustainable Agriculture Research and Education Program of the U.S. Department of Agriculture gave out $17,703 in funding to millet-related projects.

It can take about 10 years to breed a grain variety for a specific environment. For quinoa, Murphy built on seed research that began about 35 years ago by growers who, like Carlson, started their own companies: Wild Garden Seed in Oregon and White Mountain Farm in Colorado. Quinoa could be ideal for farmers in the relatively cool Pacific Northwest. Murphy’s research has led to successful field trials in 2013, and this year he launched more trials in Washington, Oregon and Utah, planting quinoa on plots from half an acre to two acres, typically testing 35 varieties at each location. He expects to commercialize his seeds next year.

“If we can grow food domestically, it can influence consumer eating habits,” Murphy said. Availability, after all, is an important part of the battle to bring uncommon grain to the market.

Beyond science, marketing is another way to bring uncommon grains to a broader consumer base. The Whole Grains Council promotes whole grains, including uncommon ones, through a slow, steady education. The organization supports an annual grain sampling day the first Wednesday of April each year, fanning out in supermarkets, schools, restaurants, food trucks and bakeries to offer consumers a taste of something new. It has a website that features a grain of the month, recipes and other information.

“The whole food system needs an overhaul if we want to prioritize healthy food,” Harriman said.

Although uncommon grains are a growth business, it’s a touch-and-go one, because everything has to be just right if these grains are to contribute to diversifying the world’s food economy in any meaningful way. Right now, gourmands are touting teff as the next superfood. But the Ethiopian government has banned teff exports to avoid price increases that shut out local consumers. Plus, the teff in Ethiopia is a multivaried stock, fine-tuned over thousands of years of feedback between farmers and the grain. One family might farm 15 or more varieties that flourish in specific terrain, relying on diversity to keep the larder full. Because of such factors, bridging that gap between a subsistence market and a commercial market is tricky. Still, even with a possibly difficult road ahead, in a world with a changing climate that brings with it unpredictable weather, getting alternative grains with traits such as drought and disease resistance to market may be an important step toward resiliency.

This story originally appeared on Ensia and is reprinted with permission. Top photo of corn, wheat and rice circle by nadyatess via Shutterstock. 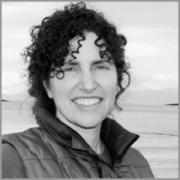 See all by Jude Isabella