Why your company's Earth Day pitch may be tone deaf

Every year, thousands of companies do thousands of well-meaning and beneficial Earth Day activities. This year, however, those activities may appear to be a bit out of touch.

Let’s rewind a few years to the height of the Obama administration. To say that environmental policy was 100 percent sound would be more than an overstatement. Many wanted much bolder action by the administration and, frankly, believed that President Barack Obama had failed to deliver on his promises.

How times have changed. Based on what we’ve seen in the last few months, those Obama administration days are starting to look like an environmental utopia.

Scott Pruitt has been appointed the head of the EPA, policy is being shaped to help coal regain momentum (although we believe that’s a lost cause), pipelines are being prepped, taps opened and more. National Geographic is running a real-time list of the administration's actions in this regard. And it’s worth checking out this piece from March 7: "The New Republic reports that the EPA’s Office of Science and Technology removed the word 'science' from its mission statement."

So, what does this have to do with Earth Day? Here’s what.

In the face of an all-out assault on environmental stewardship, and science specifically, a photo-op of a CEO planting a sapling seems a little out of touch.

Now, I’m sure I’m stepping on some toes, and I know that there is a lot more to Earth Day than a few token events. It’s a good thing, it’s done good in the past and continues to do good today. However, it’s time for more.

In the face of an all-out assault on environmental stewardship, and science specifically, a photo-op of a CEO planting a sapling seems a little out of touch.

This year’s Earth Day marks the first international March for Science. It’s surreal that a discipline that successfully has treated various forms of cancer, protected billions from debilitating diseases, enabled the agriculture industry to feed our planet’s growing population, and so on and so forth, should require advocacy. But here we are. Marching for science.

There is a fair amount of corporate involvement in the event but not many marquee names. Dave Rapaport, Aveda’s vice president of Earth and Community Care, represents one of the most recognizable players and termed his company’s involvement as "an authentic expression of our values." Well, Aveda is doing a lot more than expressing its own values; it's aligning itself with the values of millions of potential customers. Customers now more likely to buy Aveda.

In regards to the March for Science, AAAS CEO Rush Holt said, "In 50 years of being a scientist and a science watcher, I’ve never seen anything like this — I've never seen such a spontaneous surge of support for the idea of science."

Aveda expressed its values by getting behind a powerful environmental event. What are your company’s values? How can you get behind good, and align your brand with a growing group of passionate consumers?

Answer those questions and you’ll benefit far more than just your bottom line. 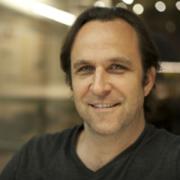 Keep it simple for effective messaging

The NFL’s game plan for a greener Super Bowl

See all by Matt Brass