The findings from a groundbreaking report released earlier this month are clear: Curbing climate change will require revolutionizing the way the world produces food. WRI’s own research shows that a widespread reduction in beef consumption is essential for keeping global temperature rise to 1.5 degrees Celsius and preventing the most dangerous climate impacts.

Fortunately, a lot is happening on this front, including Burger King’s recent announcement that it will offer the plant-based "Impossible Whopper" at all of its U.S. locations. The restaurant and hospitality industry play a key role in shaping consumer demand for different foods, with fast food restaurants such as Burger King, McDonald’s, KFC, Pizza Hut and Taco Bell some of the most powerful players in this space. Consumer spending in U.S. fast food restaurants alone was estimated at around $300 billion in 2018; about one in three Americans eats at a fast food restaurants daily.

Many other fast food restaurants have joined Burger King in adding plant-based options to their menus, a move that not only helps achieve sustainability targets, but can grow restaurants’ market share by catering to a growing number of flexitarian, vegan and vegetarian diners.

Beyond adding plant-based options, however, restaurants still can do more to ensure diners shift from meat towards these new menu additions. Existing behavioral science research reveals five strategies that are quick and low-cost, and so of particular appeal to fast food restaurants where affordability and speed are key to business models:

1. Use language on menus to emphasize the positive attributes of plant-rich dishes

Plant-based meals need to both taste good and be marketed effectively to boost their appeal. The type of language used to describe plant-based options on menus can have a significant influence on sales. Evocative language that emphasizes flavor, references provenance or helps customers visualize a dish helps promote these options. For example, Panera Bread found that changing the name of one of its plant-based soups from "Low-fat black bean" to "Cuban black bean" led to a 13 percent uplift in sales. Burger King’s "Impossible Whopper" evokes all the same positive expectations as the original Whopper while minimizing the difference between it and the meat-based original. Some other interesting names for plant-based burgers include Beyond Meat’s "Beast Burger," Dirty Burger’s "Dirty Cop Out" or Burger Craft’s "Pleasured by Veg" burger — all denoting satisfaction and indulgence. Contrast these to which clearly draws attention to the lack of meat and is likely to appeal to a very small and specialist audience only.

2. List plant-rich dishes in the main body of a menu, not in a separate 'vegetarian' section

Restaurants should consider offering plant-based options just beside meat on menus or in shelf displays. Research by WRI and others shows just how important menu placement is on food choice. In January, British fast food chain Greggs launched a vegan alternative to its sausage roll, one of its most popular products, selling about 2.5 million units a week. Greggs placed vegan and meat sausage rolls side-by-side in their shelf displays, omitted obvious "Vegan Option" labels (listing this information in regularly sized fonts and usual colors), and ensured that the two products looked equivalent. The result was an overall 9.6 percent uplift in like-for-like sales in the first seven weeks from launch compared to the same period the year before.

3. Increase the variety of plant-rich dishes on offer

Beyond plant-based burgers, fast food restaurants should consider adding a broader range of plant-based meat alternatives to their menus, boosting the chances that diners will find a non-meat option they want to eat. In addition, restaurants can increase the proportion of plant-based meals on offer, from a single item on an otherwise meat-based menu to a far higher percentage of meat-free dishes. This would help signal to diners that plant-based options are a normal, acceptable and rewarding choice. Scandinavian burger chain Max Burger saw success by launching its "Green" Burger Meals in 2016, including a range of non-meat alternatives such as falafel and a half-beef, half-soy blended burger. Since launching these options, Max has reduced its percentage sales from red meat from 87 percent in 2015 down to 60 percent today, while increasing sales of the "Green" Burger from 2 to 20 percent of sales.

Free samples allow diners to try new plant-based options for themselves, helping overcome any negative pre-conceptions about taste. Extensive research also tells us that familiarity with a product increases favorability, meaning the very act of trying plant-rich options is they’ll be selected in the future. At a school in Vermont, students were introduced to four new vegetable-focused meals via taster portions the day before each was sold as a main meal at lunch. Offering these free samples significantly increased the percentage of students who chose the vegetable-based dish the next day, which authors attributed to increased familiarity.

Restaurants can encourage their staff to selectively upsell plant-based options, focusing on positioning these as the tasty and satisfying choice, rather than emphasizing their environmental or health benefits. The Hilton hotel chain successfully used this approach as part of its 2018 campaign to introduce a 70 percent meat/30 percent mushroom blended burger patty with a lower environmental footprint than its regular 100-percent beef burger. Service staff received pre-shift sales training to give them a better understanding of the attractive selling points of the blended burger, including tasting it themselves, placing them in a far stronger position to communicate these benefits onto diners. This training resulted in 100 sales of the new dish in a single site in just the first week after launch.

These five recommendations, in addition to 18 others, are outlined in more detail in a forthcoming report by the Better Buying Lab that summarizes the full range of behavior change interventions that food service providers, including fast food restaurants, can use to help shift diners towards more plant-based options.

Serving more plant-based dishes at fast food restaurants is a great way to introduce more people to lower-emission alternatives to their favorite meals. It’s an approach that can help accelerate the dietary transformation that is so urgently needed. 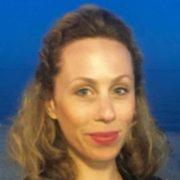 See all by Sophie Attwood