Will the Caribbean become the next hotbed for renewable energy?

Caribbean islands, with sky-high electricity prices and abundant solar and wind, are a natural home for solar and wind power. Will low oil prices slow their race to a clean energy future?

These islands are known for their tranquil, sunny landscapes and natural beauty. However, they also face a dirty reality: According to Rocky Mountain Institute, most of them get 90 to 100 percent of their electricity from diesel and heavy fuel oil.

With continuing low oil prices, is there a risk that investments in Caribbean clean energy will dry up?

Part of the reason renewable projects have been viable is that existing generation with diesel and fuel oil is so expensive. These high costs, along with abundant solar and wind resources, make grid parity for renewables achievable in much of the Caribbean, even with potential counterparty risks or high costs of capital. (Counterparty risk is the likelihood that organizations will not follow through with the contracts they sign.)

Intuition might lead to the conclusion that lower oil prices are leading to lower generation costs and thus a less favorable investment environment for renewables. However, there are reasons to believe that this may not be the case.

One reason is that some island utilities and consumers may not actually see savings on oil in real terms. This is because the response to high oil prices of the last decade for many island importers has been to implement aggressive fuel hedging strategies.

Financial hedging occurs when a firm takes a position outside of its primary market, often in a futures market, and takes an opposite or contrary position to offset the risk of price fluctuations.

Hedging can protect consumers from the threat of rising oil prices. However, with dramatically lower oil prices, many importers and utilities can become locked into above-market oil prices in the near term.

Also, many Caribbean nations already pay subsidized prices for a portion of their oil imports under the Petrocaribe agreement with Venezuela. High costs per kWh often persist in spite of this assistance.

Worryingly, low oil prices are putting increasing economic pressure on Venezuela’s leaders. According to Brookings, many are questioning the ongoing viability of Venezuela’s costly oil giveaways. A breakdown of the Petrocaribe agreement could dry up the flow of cheap oil and leave Caribbean countries exposed to rising oil prices in the future.

Interest in Caribbean clean energy has been growing in recent years. Several islands have completed projects or made commitments.

According to Rocky Mountain Institute, the small island of Bonaire has 11 MW of wind capacity installed and battery storage of 6 MWh. NRG Energy recently said it has unveiled a 4 MW solar field in St. Croix (PDF). For businesses with high electricity costs, such as resorts, the prospect of moving to large on-site generation is often attractive. The New York Times’s coverage of a hotel in St. Maarten is a good example.

In January 2014, BMR Energy announced financing for 36 MW of wind power in Jamaica at a cost of $63 million. This directly will offset diesel purchases.

With falling oil prices, Jamaica’s electricity prices are at all-time lows. This is primarily due to the local utility’s “Fuel and IPP” line item, typically over half of total tariff rates, falling over 50 percent to 13.7 cents per kWh in February. Jamaica Public Service Company publishes current rates regularly.

If low oil prices persist and average costs of generation remain low, the question remains whether clean energy PPAs will be able to be signed at high rates in the future.

Throughout the Caribbean, islands rely heavily on imported oil for their electricity. Hedging against volatility and high prices therefore can be very attractive. Clean energy investments, with zero fuel costs and predictable maintenance schedules, can be a price-leveling strategy in the face of fluctuating fuel prices.

According to Justin Locke, islands director at the Carbon War Room, “When you install a solar project, you know exactly how much those solar kilowatt-hours will cost you over the next 20 years, even accounting for operations and maintenance costs. So you can definitely see these projects as a hedging strategy.”

Low oil prices are causing painful budget deficits. From 2011 to 2013, the Petrocaribe program cost Venezuela $2.3 billion each year in lost income, according to The Economist.

Venezuela’s ongoing budgetary troubles could spell the end of the Petrocaribe agreement, leaving Caribbean island importers exposed to the full risks of the world oil market.

Despite recent claims by Venezuelan president Nicolas Maduro that Petrocaribe will expand, oil shipments for Petrocaribe fell in 2013, according to Reuters.

As U.S. Secretary of State John Kerry said March 12 at the Atlantic Council, “If Petrocaribe were to fall because of events in Venezuela or because of price and so forth, we could wind up with a serious humanitarian challenge in our near neighborhood.”

Jamaica is a Petrocaribe beneficiary that receives oil assistance from Venezuela in the form of payment deferrals. Despite these subsidies, Jamaica still gets most of its oil on the world market and retail electricity prices are still highly dependent on the world oil price. A collapse of the Petrocaribe program further would increase Jamaica’s risk exposure.

Islands as laboratories for clean energy

Beyond the financial benefits of clean energy investments in Caribbean, many are increasingly envisioning islands as test beds to explore strategies for clean energy transitions. According to International Renewable Energy Agency, the island of Aruba currently gets over 18 percent of its electricity from wind and plans to be 100 percent renewable by 2020 (PDF).

The French island of Guadeloupe is another Caribbean island with ambitious goals. Stéphane Tromilin, energy project manager at the French Development Agency, noted in a March 11 webinar, “Clean Energy in Island Settings,” that “islands are considered laboratories to develop renewable energy solutions.”

According to Tromilin, due to high fuel costs and aggressive feed-in tariffs, Guadeloupe has reached 30 percent solar penetration, a figure on par with Germany. Grid operators on Guadeloupe have decided to set a threshold of 30 percent before exploring next-generation grid balancing technologies such as integrated storage.

Acting as a model for clean energy is also part geopolitical strategy for many small island developing states. Being a leader on clean energy and demonstrating a clear path forward give island states a stronger and more credible voice at international climate negotiations.

The outcomes of these negotiations are of particular importance to island states, which are highly susceptible to the effects of climate change such as rising sea levels, stronger storms and coastal erosion.

Caribbean islands states are keen to make changes to their energy systems. Being dependent on fuel imports for over 90 percent of electricity and paying prices that are double those in Europe and the U.S. creates economic and political problems.

But the path toward a clean energy future is not always straightforward. Regulations, interconnection rules and corruption can slow projects and scare away foreign investors. Local issues can lead to significant counterparty risk and increase the cost of capital for projects.

A January report from Brookings points out that high level of indebtedness of Caribbean countries, including debts to Venezuela through Petrocaribe, results in low credit ratings, making it hard to finance projects.

Leaders across the Caribbean energy sector are taking measures to decrease risk. The Carbon War Room also has devoted significant attention to the energy needs of islands.

The Carbon War Room started the Ten Island Challenge in 2012 with a goal of transitioning 10 islands to renewable energy. Part of this strategy is entering in at the early stage of planning for new energy projects.

Carbon War Room takes much of the risk on in the early stages by preparing the request for proposals and working with local stakeholders. By entering early, their goal is to de-risk projects and make them more investment-ready by the time they seek financing.

Carbon War Room has large plans for the future. Locke said, “We think it’s great that islands see renewable energy as a hedge for volatile fuel prices. But we want it to be more than just a hedge. We’re looking for very high penetration of renewables throughout the Caribbean.”

Progress toward secure and affordable energy is being made across the Caribbean, but lower oil prices have the potential to take the pressure off in the near term. Energy leadership among Caribbean islands ultimately will depend on forward-thinking officials, regulators and investors.

Cheap oil may give temporary financial relief to Caribbean utilities and to government budgets. But rather than using low oil prices to further delay action, many in the government and private sectors are making the argument that now is the opportune time to make much-needed investments in new energy sources.

At the Caribbean Energy Security Initiative summit Jan. 26, Vice President Joe Biden, said: “There’s an old saying: The best time to fix a roof is when the sun is shining. The sun is shining now, figuratively speaking. The time is now.” 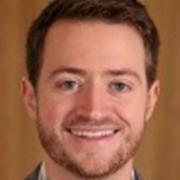 See all by Robert Youngs