As 2017 begins, China is poised to leap ahead of the United States on clean energy to become the most important player in the global market. Last year, China increased its foreign investment in renewables by 60 percent to reach a record $32 billion, according to a new report (PDF) from the Institute for Energy Economics and Financial Analysis. This includes 11 new overseas investment deals worth more than $1 billion each.

China’s new Going Global strategy for renewable energy was an important instigator of its huge increase in foreign investment in 2016. This is part of a broader picture of overseas investment. Last year, China showed its regional strength by establishing the Asia Infrastructure & Investment Bank and pouring money into the BRICS’ New Development Bank, which made its first loans, all for renewable energy.

Renewables on the rise

But it’s not just solar. China is also embracing more complex manufacturing such as electric cars. It overtook the United States as the largest market for electric vehicles in 2015, with over 200,000 (PDF) new registrations. Two Chinese firms, BYD and CATL, are challenging Tesla’s pre-eminence in the sector, and China’s Tainqi Lithium is the world’s largest manufacturer of lithium ion, an important input for electric vehicle batteries.

Even with renewables on the rise, the percentage of coal in China’s energy mix remains quite high, contributing to climate change and choking smog in some of the largest Chinese cities. Electricity from coal often receives priority over renewable power, which means that some renewable energy capacity is being wasted. In the first half of 2016, 21 percent of wind power in China went wasted and 12.1 percent of solar in northern China was curtailed.

The good news is that the government is aware of these problems and is working to address them. It recently set a target to limit coal at 58 percent of its energy mix by 2020, down from 64 percent in 2015, and is working to reduce wasted renewable energy (learn more about these efforts here).

Looking at China’s latest five-year economic plan it is on pace to over-deliver on its 2020 carbon intensity commitments. However, that’s not enough. All countries, including China, are falling short of the emissions cuts we need to avoid the most dangerous climate change. Everyone needs to go further.

Even though it is not going quite fast enough, China is heading in the right direction and is primed to become a clean energy superpower. By ramping up clean energy domestically, China is building the economies of scale it needs to export cost-competitive clean energy products and services abroad. The United States, on the other hand, soon could be moving in the opposite direction.

In the past, the U.S. has been quick to innovate and embrace new energy opportunities: it is a global leader in natural gas and was a pioneer of renewable energy technology. But as the clean energy market matures, the United States is ceding its leadership role to China. It’s time to catch up. U.S. states and cities are looking to a clean energy future. Public support is important at all levels, from investment in research and development to tax incentives for green investment. The rewards are immense, including new jobs and cheap, clean power. The U.S. solar industry is already creating jobs — well-paying, blue-collar construction and manufacturing jobs — 12 times faster (PDF) than the overall economy.

It’s not all competition between the United States and China in the clean energy market. Plenty of cooperation is going on as well.

It’s not all competition between the United States and China in the clean energy market. Plenty of cooperation is going on as well. These two giant economies are collaborating government-to-government with public-private partnerships, and many U.S. businesses are engaged with Chinese clean energy. For example, GE partnered with State Grid Corp., one of China’s large electric utilities, to develop standards for smart grids in China. Goldwind, a Chinese wind turbine manufacturer, developed and financed a 20-megawatt wind farm in Montana, working with state representatives.

The United States is not out of the race yet, but if the trends continue, China will leave it behind. The U.S. economy stands to benefit from greater efforts. It cannot afford to miss the clean energy opportunity. 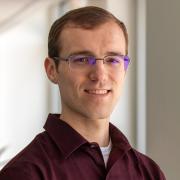 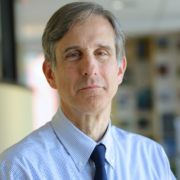 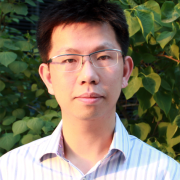