There was a time when manual transmissions always outperformed automatics on the track, but you won't find a clutch on today's F1 supercars anymore. Those have been replaced by semi-automatic paddle shifters mounted to the steering column. Even on the street-legal consumer side, acceleration is a shifting landscape.

While six-speed manuals such as the Lingenfelter Chevy Corvette and Dodge Viper Hennessey Venom still hold the top 0 to 60 mph times, today/s automatics are increasingly accelerating faster and getting better fuel economy than their manual counterparts in what amounts to a significant changing of the guard.

In the automotive world -- as in computing, Jeopardy!, and sometimes even chess -- technology is outperforming humans.

With much talk about driverless car technology lately, that begs a number of questions. One example: Vehicle fuel efficiency, hybrids and electric vehicles are central to a transforming, cleaner, greener transportation system; What will driverless cars mean for fossil fuel consumption in the transportation sector? At RMI, we're very interested in the answers to this question.

Consider hypermiling, which focuses on maximizing fuel efficiency through driving technique and has a cult of devout enthusiasts pushing the limits of their vehicles' mpg. For example, one driver on hypermiling site ecomodder.com is coaxing more than 86 mpg out of a 1988 Honda Civic, besting its EPA rating by close to 175 percent.

Hypermiling requires a whole new approach to driving -- how fast you drive; how you accelerate, brake, and approach hills and traffic lights. Most drivers aren’t well versed in how to hypermile; they just try to maintain (or not overly exceed) the speed limit. But driverless cars could do the hypermiling for us. (The Honda Civic Hybrid’s Econ Button is already a small step in that direction, prioritizing efficiency over a driver’s lead foot tendencies.)

And while hypermiling is often derided as “a fun way to drive slow,” driverless cars—via connected autonomy—could actually enable us to get places faster while still maintaining hypermile-like fuel economy.

There's a memorable scene in Days of Thunder when a young Tom Cruise teaches Nicole Kidman the concept of drafting: “When one car tucks in behind another, two cars go faster than one. They divide the air resistance between them. Now here’s where it gets interesting. The lead car has to floor it to hit 200 mph, but the car that’s tucked in behind doesn’t. It can go just as fast and still have power in reserve."

In the context of driverless cars, drafting becomes platooning, a grouped “train” of autonomous, connected cars following a lead car. The SARTRE project -- fully operational today and potentially ready for consumer deployment within 10 years -- is the latest iteration of a concept that first gained popularity in the 1990s. By traveling within 13 feet of one another, the platooned vehicles reap great efficiency gains. A 1995 PATH (Partners for Advanced Transportation TecHnology) study showed fuel use reductions up to 20 percent at this distance; even greater reductions are possible with larger platoons and/or tighter spacing between vehicles.

Now here's where driverless cars, hypermiling, and speed all potentially intersect. The National Highway Maximum Speed Law of 1974, motivated by the 1970s oil crisis, gave us the 55 mph speed limit, targeted at keeping U.S. drivers at peak fuel efficiency. In 1995, the law was abolished and speed limits now vary widely state by state, though 55 mph remains common on many of the nation's highways. But what if driverless cars -- by being able to safely maintain much closer following distances in platoons than human drivers -- could actually increase the speed of peak efficiency? We'd get places faster while still using less fuel.

The opportunities bound up in driverless cars are many. They're highly compatible with car-sharing programs. They have implications for public transportation systems. If you're feeling drowsy on a long-haul drive or at the end of a tough day at work, a driverless car could let you sit back and relax, or even take the wheel if it senses you're driving erratically; ditto if you find you've unexpectedly had too much to drink -- rather than call a taxi, a driverless car could take you home. By feeding information into (and obtaining info from) a shared database akin to the smartphone app Pothole Alert, they could avoid road hazards or even notify the local highway department or department of public works to road repair and maintenance needs.

But let's return to the fuel consumption issue. Driverless cars connected to the traffic light system could communicate with an upcoming light and have it stay green or change to green, so that you could maintain cruising speed and optimal fuel efficiency (not to mention avoiding an unnecessary delay at the light). And of course there's the familiar issue of parking, especially in urban environments where it accounts for 30 percent of all traffic. Autonomous cars and a smart parking system could allocate parking spaces to the nearest vehicles in need of a spot, and vehicles could navigate to those spots directly and quickly, reducing the fuel consumption, emissions and time associated with searching for a spot.

There are pitfalls to be wary of, however. One giant elephant in the driverless car room is vehicle miles traveled (VMT). It's tempting to believe that driverless cars will reduce VMTs through various efficiencies, but the opposite could also happen. In a highly autonomous vehicle future, we may do far more with our cars than we currently can -- think of Pierce Brosnan's James Bond calling his BMW 750 via cell phone in Tomorrow Never Dies, or David Hasselhoff's Michael Knight and his autonomous car, KITT, each chasing down different suspects in Knight Rider.

What if our driverless cars of the future have a valet mode that allows them to park themselves, becoming not just driverless but also passengerless? What if they run errands for us, such as picking up lunch or dry cleaning or the kids at soccer practice? What if driverless cars -- and the efficiencies and flexibility they offer -- actually incentivize us to drive more? This "rebound effect" could increase VMT and fuel consumption, eating into the potential energy savings we'd otherwise expect from highly efficient autonomous vehicles. We must be prepared to address these undesirable yet entirely possible outcomes.

Robert Frost wrote, "Two roads diverged in a wood, and I-- / I took the one less traveled by, / And that has made all the difference." With the dawn of driverless vehicle technology, we are at a fork in the road, each path with its own consequences, positive and negative. Driverless vehicle technology can and likely will make a difference. But what difference will it make? It has the potential to be radically more efficient than the status quo, but it also might increase -- possibly substantially -- VMTs and fuel consumption. So how do we ensure that our future state is more of the former, and less the latter? We'll explore that in coming posts. 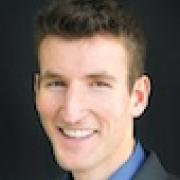 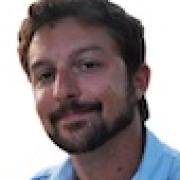 See all by Roy Torbert