For years, low-cost solar-plus-battery systems were seen as a distant possibility at best, a fringe technology not likely to be a threat to mainstream electricity delivery any time soon. By far, the limiting factor has been battery costs.

But thanks to a confluence of factors playing out across the energy industry, the reality is that affordable battery storage is coming much sooner than most people realize. That approaching day of cheaper battery storage, when combined with solar PV, has the potential to fundamentally alter the electricity landscape.

While grid-tied solar has seen dramatic recent cost declines, until recently, solar-plus-battery systems have not been considered economically viable. However, concurrent declining costs of batteries, growing maturity of solar-plus-battery systems and increasing adoption rates for these technologies are changing that. Recent media coverage, market analysis and industry discussions — including the Edison Electric Institute's January 2013 "Disruptive Challenges" (PDF) — have gone so far as to suggest that low-cost solar-plus-battery systems one day could enable customers to cut the cord with their utility and go from grid connected to grid defected.

But while more people are discussing solar-plus-battery systems as a potential option at some point in the distant future, there has been a scarcity of detailed analysis to quantify when and where. Until now.

The economics of grid defection 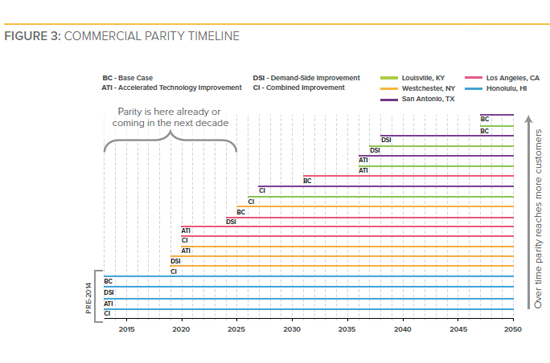 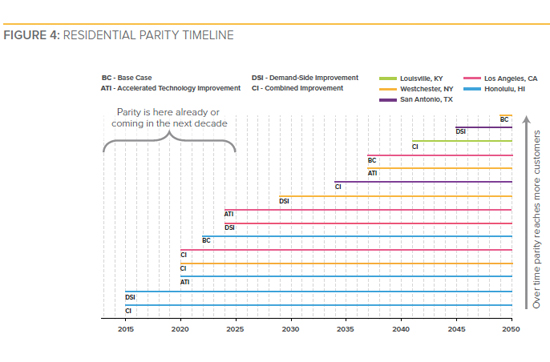 The results of the report show:

• Because grid parity arrives within the 30-year economic life of typical utility power assets, the days are numbered for traditional utility business models. The "old" cost recovery model, based on kWh sales, by which utilities recover costs and an allowed market return on infrastructure investments, will become obsolete. Utilities must re-think their current business model in order to retain customers and to capture the additional value that such distributed investments will bring.

The results are profound, especially in geographies such as the U.S. Southwest. In this region of the country, the conservative base case shows solar-plus-battery systems undercutting utility retail electricity prices for the most expensive one-fifth of load served in 2024; under the more aggressive assumptions, off-grid systems prove cheaper than all utility-sold electricity in the region just a decade out from today (see Figure ES3 below). 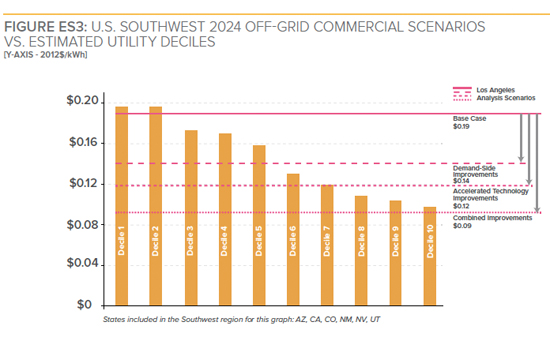 Millions of customers representing billions of dollars in utility revenues will find themselves in a position to cost-effectively defect from the grid if they so choose. The so-called utility death spiral is proving not just a hypothetical threat, but a real, near and present one. The coming grid parity of solar-plus-battery systems in the foreseeable future, among other factors, signals the eventual demise of legacy utility business models.

Although utilities could and should see this as a threat, they also can see solar-plus-battery systems as an opportunity to add value to the grid and their business models. The United States' electric grid is on the cusp of a great transformation, and the future of the grid need not be an either/or between central and distributed generation. It can and should be a network that combines the best of both.

Having determined when and where grid parity will happen, the important next question is how utilities, regulators, technology providers and customers might work together to reshape the market — either within existing regulatory frameworks or under an evolved regulatory landscape — to tap into and maximize new sources of value that build the best electricity system of the future that delivers value and affordability to customers and society. These disruptive opportunities are the subject of ongoing work by the authors, covered in a forthcoming report to follow soon.

This article originally appeared at the RMI Outlet. Electricity distribution image by Jarous via Shutterstock. 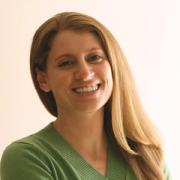