Wisdom from a climate champion: A conversation with Katharine Hayhoe

Katharine Hayhoe is a climate scientist, professor in the Department of Political Science and director of the Climate Science Center at Texas Tech University. She is also an award-winning climate communicator and (among many other honors) has been named one of TIME’s 100 Most Influential People, Foreign Policy’s 100 Leading Global Thinkers, and an American Geophysical Union’s Climate Communication Prize winner.

The interview has been edited for clarity and length.

Tom Bateman: You exemplify the small but growing cadre of people who are effectively driving sustainability and climate action. Some say that the challenges are far more human than technical.

Katharine Hayhoe: Climate change is not just an issue of science. More science is not the most important thing we need to make more proactive decisions. Our main problem is that we haven't connected that science to the risks people can actually understand.

Bateman: I’d love to hear your advice for other champions who want to improve their effectiveness. Have you always considered yourself a leader in this domain, or can you recall a turning point where you decided to become a more visible public leader?

Hayhoe: There absolutely was a time when I realized I had to step outside the ivory tower, but I did not do so from the perspective of wanting to be a leader. Rather, I realized I needed to provide a service to people by telling them it really is serious, and we need to start fixing it now before it's too late. But like one of those Old Testament prophets who's telling people that the doom is coming if we do not change our ways, many don't want to listen to what we have to say.

Bateman: In management classes I mention the elephant in the room, the topic that everybody knows is an issue in their company or team, but they don't talk about it publicly. It's been said that the elephant in the room with climate change is actually an elephant that we live in, meaning that is not visible to most people. Any reaction to that adaptation of a classic metaphor?

Hayhoe: It used to be that way. Back a decade or two, you would be hard pressed to point to obvious impacts of climate change that had an adverse effect on most people. But that is changing. People might not be willing to say it's human-caused, but they now are willing to say, "Well, that drought was not what we're used to." This wildfire season was unusual. That hurricane was like nothing we've ever seen before. And because of that, many more people are interested in talking about it now.

Bateman: Other species are adapting to climate change, some better than others. The human species is adapting some but not enough. Your thoughts?

Hayhoe: "Some, but not enough" is the perfect way to describe it. Actually, much of our lack of adaptation issue is due to our infrastructure. We have tens of trillions of dollars of infrastructure, from cities and ports to highways and wastewater treatment plants, built for conditions of the past, not the future. We have built our vulnerability to climate into the very fabric of our society and our civilization.

Add to that the fact that we place no value or cost on carbon emissions, yet carbon emissions are already wreaking devastation on our economy. Unchecked, those costs could grow to as much as 20 percent of global GDP by 2100.

Bateman: It seems to me humans might have a strategic advantage over other species when it comes to adaptation, because we can engage in forethought.

Bateman: No, that’s fine, you would hope is a perfect answer. Another advantage humans have is potential for collective action. We have advantages compared to other species, but we’re not capitalizing on them.

Hayhoe: Exactly. At its core, climate change is a tragedy of the commons that shows us that unless we work together, we will fail. But unfortunately, we humans are notoriously bad at working together for the common good.

Bateman: That brings us to leadership, including leadership that crosses boundaries or creates bridges between sectors, when people leave their silos and connect with different but relevant others. Leadership is another evolutionary advantage, at least potentially, that we are not putting to good use. I wrote a Nature Climate Change commentary with [climate scientist] Michael Mann, and one of the things we say is that there's a supply/demand imbalance regarding leaders in the climate arena. There's a need for more leaders, and for more effective leaders. That is to say, high demand but not enough supply.

Hayhoe: I would definitely agree, and I would say furthermore that we need leaders who are native to their communities. David Titley is a retired rear admiral, and he is an extremely vocal climate leader in the military community. Bob Inglis is the archetypal Republican politician, but he is also a climate leader. In religious communities, leaders from the pope to the U.S. National Association of Evangelicals have spoken up about the need for climate action. We need leaders who are endemic to their culture, who understand, share, and speak from the values that define them, values they share with those they are engaging with.

Currently, though, the biggest leadership vacuum is at the federal level in the U.S. Climate leaders are everywhere, but still not at that critical mass.

Bateman: We’ve both said it’s time to stop wallowing in the old debates and talk strategically about solutions going forward. Here’s a complex psychological challenge that worries me. Making progress can become a hindrance if we start to feel good about how we’re doing, and then relax. We need to guard against granting ourselves moral license to ease off after we’ve done something righteous. We’ve done something good for the environment, we’ve proven that we care, and now we can slide for a while and let others worry about it.

Hayhoe: That’s why targets like the Paris Agreement are so important, because they give us something to measure ourselves against.  If we don’t have that structure of knowing where we are today, where we want to go, and exactly how much it’s going to take to do that, we have no context to understand how much our choices matter.

One of the projects I'm most excited about is the We Are Still In movement that cities, states, universities and other organizations and businesses have joined to reduce their emissions consistent with the Paris target. It helps us all to assess where we are, and how far we need to go, to get to where we all want to be.

Bateman: Psychologically, we talk about status quo bias and temporal discounting, in which short-term rewards and costs carry more weight in decision making than longer-term. Do you want to talk about these biases?

Hayhoe: One challenge to long-term action is our political system. People are elected for only a few short years, so they have little incentive to fix long-standing problems that won’t be fully manifested until long after their political tenure is over.

As a contrast, look at China. China's ruling party has a vested interest in making sure that the country is still viable in 50 years because they plan to be there still. Now just to be clear: I am not endorsing their political system at all. But what I am saying is that they are able to make long-term decisions more effectively, and because of that they are already leading the world on clean energy and environmental innovation. And in turn, that means we have to do even more, to catch up.

Bateman: Does mentioning China’s competitive progress get people's attention? Does that provide some leverage for motivating your audiences?

Hayhoe: Yes, it absolutely does. I mention China for two reasons. First, it’s a common myth that China still builds one coal-fired power plant a day. When I talk about clean energy in North America, the first thing people usually say is, "Oh, but China…" I can defuse that immediately by saying, "Actually, China is leading the world in clean energy."

The second is what you just mentioned: competition. Do you want the United States to be No. 1? Well, let me tell you, the U.S. is not No. 1 in energy, and energy is what the entire world needs. So yes, that definitely is a positive lever.

Bateman: Early science communication research concluded that merely providing information about climate change isn't effective, it doesn't change people's minds or motivate action. But I wonder if educating on more specific things like China’s climate actions from a competition standpoint raises the emotions in a way that engages people.

Hayhoe: Oh, yes. The bottom line is it’s the content that makes all the difference. For most people, more information on climate science won’t make a difference. But if you provide facts about how the impact puts them at risk, and how the solutions benefit them, those two key differences can really change people’s minds.

Bateman: Humor me here, please: My favorite "Far Side" (Gary Larson) cartoon shows fish in the spawning season swimming upstream, trying to get above the rapids. Next to the stream is a shady-looking figure walking up a set of steps, wearing a long raincoat and a fedora pulled low over its head. At the bottom of the figure, beneath the raincoat, a fishtail is sticking out, so it's a fish experimenting with new ways of helping its species.

All the other fish are doing business as usual, the way they’ve always done it, while one individual steps outside of the natural order and tries to find a better path. I see species adaptation efforts by a lone potential leader who avoids visibility and attention. Would you like to add another interpretation?

Hayhoe: The world is changing very quickly right now, and because of that, a lot of people are just scared. We’re in a place of great change, and climate change requires even faster change at a time when everybody is doing everything they can to dig in their heels to slow things down.

So I like your description of the salmon ladder.

Bateman: Personally, you are a model of what it means to be proactive, as is the one fish trying to chart a new path. Your climate actions are more future-focused than the short-termism that drives most decisions, plus you go beyond the standard prescribed roles for your job to cross boundaries and work with many stakeholders. Do you have any other advice you want to share before we finish?

Hayhoe: The best advice for anyone who wants to engage with others on climate action is to start in our own communities. Begin with the people who share your values, and open your heart. Communicate why you care so passionately about this issue and why you think they might too, because of the same values. Connect with and plug into organizations and groups who share those values. When bridging between communities and sectors, ask questions and listen and learn what they care about, so you can effectively identify the connections to climate change and thereby the common ground.

The biggest thing I’ve learned is that if we want hearts to change, we have to learn to communicate from our hearts rather than our heads. 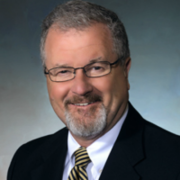 Stressing about work or the planet? Don’t forget to sustain yourself

Facing contradictory demands? Use them to launch exponential progress on climate change

See all by Tom Bateman