To help overcome this uncertainty and make environmental markets financeable, the World Bank engineered a successful Pilot Auction Facility model for international offsets, auctioning put option contracts that guarantee a minimum value for future credits. This credit enhancement assures projects, investors and lenders that environmental markets have real value — lowering the risk and therefore the cost of capital to build conservation projects. Piloting this model, referred to as a "buyer-of-last-resort" mechanism, has had some valuable lessons to teach that may benefit conservation in the U.S.

In the corporate sustainability space, BHP Billiton provided a put option to guarantee to purchase carbon credits, which enabled the International Finance Corporation to issue a $152 million Forest Carbon Bond to drive the financing of new tropical forest conservation projects. In California, Senate Bill 1383 requires the development of a pilot financial mechanism to reduce the uncertainty associated with Low Carbon Fuel Standard credits generated by dairy digester projects — this mechanism is essential to enabling the state to meet its stringent Short Lived Climate Pollutant goals. And in 2017, the Climate Trust was awarded a U.S. Department of Agriculture Conservation Innovation Grant to launch the Environmental Price Assurance Facility (EPAF), a new platform to auction long-term price guarantees to U.S. environmental markets, starting with domestic carbon markets.

By far, the furthest along in the implementation process of these buyer-of-last-resort programs is the World Bank’s Pilot Auction Facility (PAF) for Methane and Climate Change Mitigation. This facility has completed three auctions for nearly $54 million of price guarantees for international carbon credits, testing a variety of auction structures. As the EPAF considers what sectors to target with its first auction for domestic carbon credits, and what auction and contract structure to use, let's examine three lessons from the international work of the World Bank that apply domestically.

The more a buyer-of-last-resort program offers assurance that is greater than the current market, the more the donors to the program are acting like buyers instead of risk-mitigators.

Sufficient time has elapsed that winners of the World Bank’s PAF contracts have had two opportunities to determine whether to redeem their credits for the guaranteed minimum price or to instead sell them on the international carbon market. In December, the World Bank announced that more than 95 percent of the price guarantees were redeemed. Redemption is high because the market for Clean Development Mechanism Certified Emission Reductions has collapsed. The average price in 2016 was roughly $0.40/tCO2e (tons of carbon dioxide equivalent),  while the put options acquired by projects from the first two PAF auctions secured the right to sell credits for the much higher rate of $2.40/tCO2e and $3.50/tCO2e.

The Pilot Auction Facility was created to meet a need; incentivizing the continued operation of critical emission reduction projects that could do their job at a very low cost, however, not so low as the collapsed market price. The World Bank’s design actually ensured that redemption would be high unless something was to change in international carbon markets. At the time, there was a very real chance of market recovery given Article 6 of the Paris Agreement that allows for international carbon trading of "internationally transferred mitigation outcomes."

Although the market didn’t recover, as desired, high redemption rates should not be considered categorically bad. The outcome ultimately demonstrates that projects supported by the credit enhancement were able to generate verified emission reductions — which was the goal. However, redemption does mean the donors to the facility act as buyers of the environmental credits. This reduces the leverage associated with their donation. In other words, if redemption is assured, donors may as well purchase credits rather than adding the complexity associated with buyer-of-last resort agreements.

Two types of buyer-of-last-resort programs can emerge here. The first, like the World Bank’s PAF, supports projects that require a strike price well above the current market price — unless something changes in the market, the facility is likely to act as the eventual buyer for the credits. This design likely increases the additionality of the projects it promotes, but is less likely to lever the capital donors provide to it. Donors to a facility such as this more likely act as buyers than as risk mitigators.

The second model, similar to the structure being considered for the pilot financial mechanism in California, provides a strike price below current market price. This guarantee instead serves as downside protection, in some cases simply ensuring lenders against market collapse. Under this model, donor capital is more likely to revolve as projects sell their credits into the market. Facilities that provide this downside protection may be in a better position to further leverage donor capital by also bringing private investors into the facility.

Under any buyer-of-last-resort program, it is essential for the projects that desire the credit enhancement to pay some sort of cost for the price guarantee. Without a cost, uninformed developers or very early stage projects will acquire price assurance with little sense of the actual credit price needed to justify capital and operating costs. These uninformed projects could outcompete more mature projects, which understand the minimum prices needed for project viability — setting the strike prices too low to actually motivate the development of projects and resulting in public funding being idly held to guarantee projects that never actually will reduce emissions.

By comparing the number of bid units that bidders were willing to purchase at the beginning of the auction, NERA Economic Consulting’s review of the lessons learned (PDF) from the first and the second auctions concluded, "The second auction featured a higher proportion of 'larger' bidders, which suggests these are better capitalized entities bidding for multiple projects." Only eight of the 28 bidders in the first auction returned to bid in the second auction; in part, this is thought to have occurred because smaller bidders that are not as well capitalized were unable to finance the higher premium costs associated with the structure of the second auction.

The time has come to bring credit enhancement opportunities to environmental markets in the U.S.

In the compliance and voluntary carbon markets in the U.S., project developers are generally small, without easy access to capital. High upfront premium costs therefore could be a significant limitation to overall interest in a credit enhancement and competition at an auction. The EPAF is therefore looking to follow the structure of the World Bank PAF’s first auction, in which the premium is set by the facility and the strike price is reverse auctioned.

Other options can be considered to lower the barrier to entry of smaller and less capitalized entities. The bulk of a premium payment potentially could be delayed for a grace period, perhaps four to six months, allowing winners of the auction to use their new price guarantee to raise capital to, in part, pay the premium price associated with the price guarantee.

A different buyer-of-last-resort mechanism (PDF) under consideration by California for the pilot financial mechanism, the Contracts for Difference model, also may be seen as more attractive to smaller, less capitalized project developers. In this model, projects pay no upfront premium in order to receive a minimum price guarantee. Instead, if market prices exceed the strike price, the project is required to pay the facility all of the upside. In this way, there is no upfront cost, but long-term the project gives up the potential for upside.

This future "cost" of the Contract for Difference is more abstract than the upfront premium paid in the put option model. Even projects with only a remote chance of reaching commercial operation are incentivized to participate in the Contracts for Difference model, because there is little upfront cost to participating. As such, the Climate Trust believes the Contracts for Difference concept is more susceptible to early stage or uniformed developers outcompeting more informed projects and bidding the price guarantees too low to actually motivate the development of projects.

This risk could be mitigated, in part, by requiring that projects qualify themselves by demonstrating their pipeline of project opportunities is relatively advanced. To participate in the auction, projects could be required to provide evidence such as agreements with participant dairies, Engineering, Procurement and Construction contracts or interconnection studies with utilities. Another method would be to charge either a bidding fee or premium. The larger this upfront cost, the more upside projects should be allowed to retain.

In its third auction, the World Bank PAF set aside $6 million to specifically target new projects that would be verified to have made their capital investment after the auction date. However, there was not enough initial demand at the starting strike price of $6 per credit for the auction to proceed. As a result, no put options were awarded specifically to new projects, although an auction for which credits from new or existing projects were eligible incorporated this $6 million.

This experience is a good reminder that incentivizing new projects will be significantly more difficult than enabling existing projects to stay on-line. If a buyer-of-last resort facility wants to encourage new projects, auctions must be structured such that new projects only compete against other new projects. Existing projects, whose capital costs have been sunk and who must only justify ongoing operating costs, will outcompete new projects. Beyond higher prices, it is also likely that new projects require significantly more lead time to prepare a bidding strategy, and more education and marketing along the way to understand the opportunity presented by the buyer-of-last resort facility.

The World Bank has demonstrated the immense potential of buyer-of-last-resort mechanisms and how consequential design choices can be during the implementation process. The time has come to bring credit enhancement opportunities to environmental markets in the U.S. and enable landowners to access finance based on their potential to generate real environmental benefits. With the finalization of a plan for implementing California’s pilot financial mechanism and the EPAF’s first auction, this year will be a major step forward for domestic buyer-of-last-resort mechanisms in the U.S. 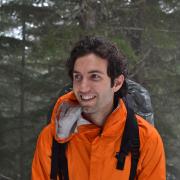 See all by Peter Weisberg