There’s no question, businesses can move fast. They can jump on an opportunity and pour money into it, often answering a market need.

But no company acting alone can answer big societal problems, like how to feed all the world’s people when resources are fast depleting. NGOs chip away at those problems, and tend to take in all stakeholders’ concerns and be inclusive in solutions. But they don’t have the capital or clout to solve global problems on their own.

Watching the world food system race towards a moment when it can’t possibly produce enough food to nourish the world’s population, the World Wildlife Fund launched last week a Markets Institute to Advance Sustainable Food Production with the help of some big food companies. Mars, Kellogg, Unilever and others are involved.

Their mission is to quickly scale market-based solutions across the industry to change how food is grown, procured, shipped and distribute so that natural resource will be sustained to grow food for future generations, too.

“Most of the problems we really need to be addressing are too big for one company,” said Jason Clay, WWF senior vice president and executive director of the Markets Institute.

Most of the problems we really need to be addressing are too big for one company.

“Many of the companies are thinking about the right thing, but they are not talking to each other. We needed to create a space for them to convene so they are comfortable talking about such things as how raw materials are sourced.”

Because food companies compete with one another in the marketplace, it’s tough for one company to dramatically change how they source food or take on the risk or expense to require certain processes from supply chains unless others in their industry do the same.

For sure, many food companies have worked with their supply chains to improve the sustainability practices in growing the commodities they use. But “systemic change” of the kind needed to feed 9 billion people without ravaging the planet and making things worse for future generations is another story. And the procurement of many staple commodities — cocoa, palm oil, cotton and soy among them — need systemic change in industry farming, harvesting, shipping, distribution and waste handling.

The basic problem is that already food production has a larger environmental impact than any other human activity. Yet the amount of food produced needs to roughly double by 2050 to meet the expected demand of 9 billion people, many of whom are wealthier than their ancestors.

Coupled with population growth is the fact that over the last 150 years, food ingredient sourcing has been estranged from food production. With the advent and then growth of commodities trading, food ingredients such as corn, wheat, cotton, palm oil, cocoa, soybeans are bought via commodity trading in the spot and futures markets, whereby traders bid for contracts to receive large amounts of a given commodity at a given time for a given price. Traders deal with mills and farm associations which in turn deal with farmers.

“Starting in the 1850's commodities become interchangeable with each other,” regardless of how they were produced or their quality through this system of contracts trading, Clay said. “Over 150 years we’ve made that system very efficient.  In the meantime we stripped out all the information about where the commodity is produced, how it is produced, who produced it. So the question is how to bring that back — a tracking system needs to be brought back.” 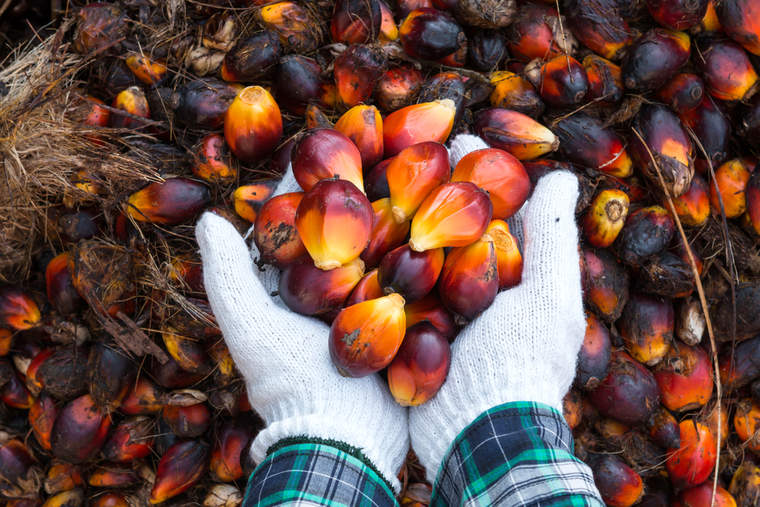 Increasingly, food companies are taking on the cost of tracing commodity supplies and encouraging sustainable farming practices in their supply chains so that they can fulfill aims of producing organic or free-trade food. Many have committed to use only sustainably sourced palm oil to avoid contributing to deforestation.

Yet verifying where ingredients come from is tough when procurement generally takes place by participating in the commodities trading system. The layers in between a producer of cookies in the U.S. Midwest and a grower of cocoa in Ecuador or Ghana are several and sometimes computer driven.

Diane Holdorf, chief sustainability officer at one of the participating companies, Kellogg, said companies need the work of an impartial but influential non-profit like WWF to help an industry navigate and coordinate the big changes that global environmental conditions call for.

"It is extremely important for an organization like WWF, with the level of credibility and convening power it brings, to identify solutions for global business challenges in the sustainability arena," Holdorf told GreenBiz in an email.

"Finding pathways to address complex issues such as illegality in supply chains, and reducing food waste and loss, helps multinational businesses identify which actions can truly move the dial towards successful outcomes.  None of us can tackle these challenges effectively in isolation, but the Markets Institute provides a collaborative platform in which we can learn and apply broader stakeholder solutions.

The Markets Institute aims to tackle many problems in the food growing and distribution arena, but they'll be “starting with how to encourage investment in more sustainable production among small holder farmers.”

Many growers of commodity crops, from palm trees to cocoa trees to quinoa and even soy, are small holder farmers.  For such farmers to change their ways often means risking a loss of income or a delay in earning income for a season.

No single company can take on helping farmers of a given commodity diversify crops or takes sustainability measures if other companies are also not doing so because they'd put themselves at a competive disadvantage on costs. "No company can do this by themselves and the biggest companies are competitive with each other,” Clay said so they need a platform or venue for them to work together on this, in what he calls pre-competitive mode.

For instance, Mars Inc. has been trying to work with cocoa farmers in Ghana and West Africa to phase out the use of older low-producing trees and plant new ones. But that process means farmers would be without income for a growing season.

So Mars and the Markets Institute are looking at how they can develop a long term contract with cocoa farmers that both guarantees them a market for the longhaul and also allows them to earn an income while planting new trees and not harvesting, Clay said.

We know technologically how to do this.

“We know technologically how to do this,” how to graft new plants from the older trees to get a new crop of cocoa trees producing similar beans. “What we need is systems to finance the change.” 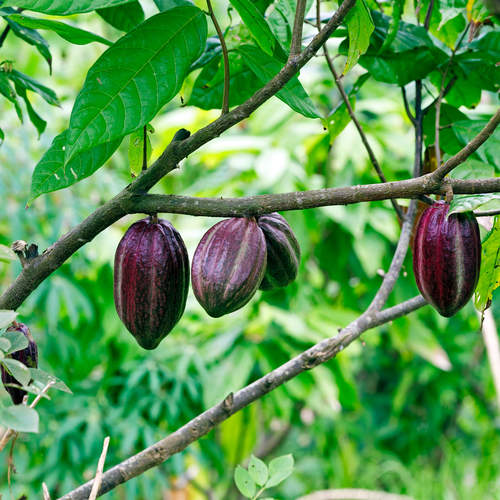 Clay is drafting a strategy for how to finance the replanting the cocoa trees on small holder farms in West Africa that the industry can agree on.

Meanwhile, Howard Shapiro, Mars Inc.’s chief agriculture officer and one of 13 of the Markets Institute's “thought leaders” has been mapping the genome of the cocoa plant so that no company owns it, but rather it will present knowledge to all cocoa users.

Others among the Market Institute's thought leaders team include Jeff Seabright, chief sustainability officer at Unilever; Rachel Kyte, vice president and special envoy for climate change at the World Bank, Daudi Lelijveld, group fund manager at the London-based Commonwealth Development Corporation and a former commodities trader with Cargill, and Angel Hsu from the Yale Center for Environmental Law and Policy.

It's a mix of expertise in finance, farming, distribution, hunger, environment and government policy.

Shapiro, of Mars, said the aspirations of the Markets Institute are better because of including the real-world business focus.

"The use of this venture capital model, nixing unrealistic approaches and focusing on those where you have consensus among serious people who can actually move the needle, is key to accelerating credible scalable responses in the face of change,” he said in a statement when the Markets Institute was launched last week.

In addition to encouraging investment in sustainable farming among small holder farmers, the Markets Institute plans to work on risk reduction in adapting sustainability on larger farms too. It will also work on undermining illegality in food sourcing and how best to measure and reduce waste in food supply chains.

Clay said illegally grown commodities, most notably palm oil produced from plantations that skirt laws about deforestation, can do signficant damage to sustainably grown crops of that same commodity. The Markets Institute will undertake an effort to route it out or determine when supplies are illegal.