Amidst the wheat farms of central Kansas, construction has begun on one of the Midwest’s latest wind farms.

The 48-megawatt Alexander Wind Farm, owned by NJR Clean Energy Ventures (NJRCEV) and developed by OwnEnergy in collaboration with the local landowner, is scheduled to come online in early December.

Nearly half of the project — 23 MW — will go to a familiar corporate buyer: Yahoo.

Yahoo is one of a small but growing group of large companies that have signed renewable energy contracts directly with wind and solar project developers.

And, while this transaction will help Yahoo progress towards its sustainability targets, the transaction is also — importantly — expected to save the company money.

Over the last decade, large companies increasingly have set sustainability targets. Forty-three percent of Fortune 500 (PDF) companies have goals to reduce their carbon footprint, reduce their energy use or power a portion of their operations with renewable energy.

Large companies, as for-profit entities, naturally have tried to find cost-effective ways of meeting these goals. As the cost of wind and solar power falls, companies are beginning to see renewable energy as a viable way to reduce their carbon footprint.

To help accelerate this market, RMI created the Business Renewables Center, a membership organization consisting of over 60 companies — including many Fortune 500 companies — aiming to streamline corporate procurement of off-site wind and solar energy.

PPAs are a particularly appealing option, as they offer the possibility of reducing energy costs without the need to provide an upfront capital investment. Yahoo’s deal in particular presents an example of a type of PPA known as a virtual PPA (VPPA).

The birth of the virtual PPA

Yahoo receives the renewable energy credits (RECs) and other environmental attributes of the wind farm but does not take delivery of or manage the flow of electrons to the electric grid.

Under this structure, Yahoo’s data centers and other locations remain connected to the local utility and continue to receive electricity and related services from that utility.

So how does this contract help bring additional renewable energy capacity online?

The short answer is that Yahoo, by agreeing to purchase electricity at a fixed price, removed one key element of risk from the project, allowing the developer to raise the money needed to finance its construction.

To understand this, consider that OwnEnergy and other developers have to raise external funding to build their projects. Investors will provide capital only if they feel reasonably confident about a project’s future revenues, which are a product of both the future quantities of electricity produced (MWh) and the prices received for that electricity ($/MWh).

While investors may accept the risks related to the quantity of electricity produced, they are usually disinclined to accept the price risk, as prices can vary significantly as wholesale electricity market conditions change.

As a result, investors require that the wind or solar project sign a PPA contract with an electricity buyer (offtaker), who agrees to buy the energy at a fixed price. When Yahoo signed the VPPA, it directly enabled a new wind project to be financed and — ultimately — built, thereby meeting the requirements for additionality.

The economic case for VPPAs

In addition to satisfying its sustainability and additionality goals, Yahoo bought wind energy from Alexander because it saw great value in the transaction.

This value comes not only in the form of an attractive long-term price, but also through risk mitigation.

Although the terms of Yahoo’s transaction are confidential, the above offers an example of how VPPA’s can offer economic savings.

In Situation 1, the customer pays $40/MWh to the local utility and $2/MWh to purchase RECs from the market. In contrast, in Situation 2 the customer still purchases electricity from the local utility but now also enters into a VPPA for $35/MWh that includes the RECs. The power generated by the farm is sold into the wholesale power market at a floating price, assumed in this example to be $40/MWh.

These floating price revenues are passed back to the customer, canceling out the payments under the utility bill. As a result, Situation 2 presents a net savings of $7/MWh in the "today" case.

The above example also highlights the potential for renewables to limit a company’s market exposure by providing a hedge against potential future increases in the price of electricity.

Few expect natural gas prices to remain stable, and many anticipate that the price of carbon soon may be reflected in consumers’ electricity bills. VPPAs may allow companies to offset these rising prices.

For example, if the market price of electricity rises to $50/MWh, a company with a VPPA will see not only an increase in its utility bills but also an increase in the revenue from its VPPA contract. Because the increase in cost and revenues cancel each other out, the VPPA "hedges" against electricity price increases.

Conversely, if the electricity market prices fall in the future, the reduction in the company’s utility bill will tend to offset the lower revenues from the VPPA contract.

For a Fortune 500 company that is not in the electricity business, signing a first PPA can be a daunting prospect.

Yahoo’s experience revealed several important considerations that other companies should consider when starting the process:

Yahoo’s primary advice: Engage early, engage often and do not attempt the "cram-down" approach with internal stakeholders, even if you have executive blessing. Internal stakeholders can become allies if you take the time to talk to them, address their concerns and educate them about the opportunity.

This will go a long way towards smoothing the next deal and also will help embed sustainability into the organization’s culture.

Many corporate purchasers have very few contracts with commitments of more than a few years.

For Yahoo, a 20-year-old company, signing a PPA for 10 to 20 years was a significant change from its traditional approach. Imagine if a company such as Yahoo had signed up for 15 years’ worth of StarTAC flip phones in 1995.

Yet companies are increasingly treating electricity as a fundamental business need that should be approached with a strategic, long-term perspective.

Another sensitive area in these transactions is the accounting treatment by the corporate offtaker.

Large companies that proactively manage accounting issues generally have found that they can structure VPPA contracts to fit their internal needs. However, companies should be aware that, depending on the contract structure, the offtaker may be required to consolidate the project on its financial statements or may need to use derivative or hedge accounting treatments.

For corporate offtakers that do not already have other transactions requiring these accounting standards, the additional reporting requirements that come with a derivative transaction can add meaningful complexity and often acts as a "gating item" for internal approvals for these contracts to move forward.

The Dodd-Frank Wall Street Reform and Consumer Protection Act was enacted in 2010 to regulate swaps, derivatives and other contracts deemed to have contributed to the financial crisis.

This law imposes reporting requirements for participants in some structures of purchase arrangements between corporate offtakers and renewable energy generators.

However, the act generally allows flexibility in assigning which party will be the reporting party, and this reporting requirement can be — and often is — undertaken by the project developer.

One piece of the sustainability puzzle

Corporations are doing their part for renewable energy in a variety of ways. Whether it’s purchasing RECs, signing up for green tariffs, buying renewable energy projects or signing PPAs, the race for additionality is definitely on.

And, after a huge 2014 which saw over 1 GW of corporate PPAs for the first time, 2015 is on pace to be an even bigger year. So far this year, large corporations have signed PPA contracts for over 1.8 GW of wind and solar energy.

This explosion showcases that contracts such as VPPAs make good business sense for large companies seeking to green their operations and take a more strategic approach to purchasing power.

Renewable energy has passed the threshold of cost competitiveness, and now it is just a matter of time before the market, enabled by flexible new models such as VPPAs, makes green power the norm. 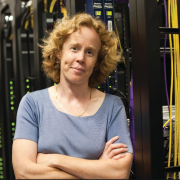