In recent days, companies have unveiled a number of high-profile data centers around the world that show how internet- and IT-centric firms are making green core to their operations.

First up is Yahoo's new Yahoo Computing Coop in Lockport, N.Y. (pictured at left), which took as its inspiration the unlikely source of Tyson Foods' large-scale chicken farms.

"Tyson Foods has done research involving facilities with the heat source in the center of the facility, looking at how to evacuate the hot air," Scott Noteboom, the Director of Data Center Operations for Yahoo, told DataCenterKnowledge. "We applied a lot of similar thought to our data center." He continued:

"The building itself is an air handler[...] The entire building is meant to breathe, and there’s a lot of louvers and dampers to control the airflow."

The Yahoo Computing Coops are prefabricated metal structures measuring about 120 feet long by 60 feet wide. Each of the three coops has louvers built into the side to allow cool air to enter the computing area. The air then flows through two rows of cabinets and into a contained center hot aisle, which has a chimney on top. The chimney directs the waste heat into the top of the facility, where it can either be recirculated or vented through the cupola.

The 181,000-square foot Computing Coop will have a PUE of 1.1, which is among the industry's lowest PUEs for a data center of that size, and will be able to make use of free outside-air cooling for 354 days a year -- Yahoo expects only about 212 hours per year where the temperatures rise above acceptable levels.

Intel too is getting in on the green data center scene; the company next month will open the doors on its first-ever LEED-certified building, the Intel Design Center 9 (IDC 9) data center in Haifa, Israel.

The massive building, pictured below, is the first building in Israel to be certified to LEED Gold levels by the U.S. Green Building Council. Intel expects to use 17 percent less energy than a comparably-sized building, and will save $200,000 a year in energy costs.

Among the green practices incorporated into the building are extensive use of daylighting, along with an automated light-control system that directs the flow of daylight, such that 75 percent of the building's populated areas will be exposed to sunlight. A rooftop garden will improve the insulation of the building year-round, and waste heat from air conditioners and data center hardware will heat the building when needed. 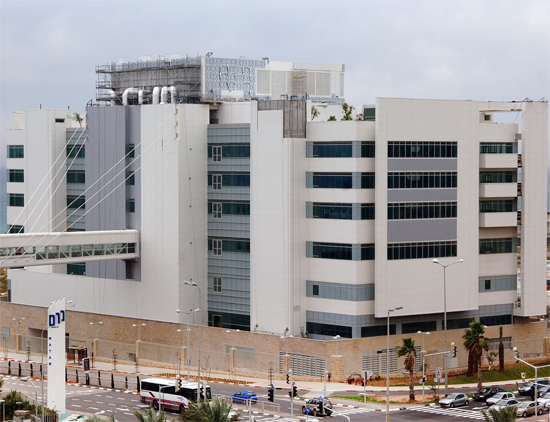 Intel is also awaiting LEED certification for its new facility in Chandler, Ariz., and for a retrofit of a 14-year-old factory in Malaysia.

{related_content}When the Dutch data center company EvoSwitch recently announced plans to more than double the size of its Amsterdam facility -- growing from 45,000 square feet to 110,000 square feet -- it took the opportunity to announce that not only would it continue to be a carbon neutral facility, it would actually improve its PUE in the process, from 1.5 to 1.2.

EvoSwitch said the demand for green computing facilities has driven the expansion, and that the company is already looking into a next phase of growth, expanding to 172,000 square feet.

EvoSwitch's facility gets green through the use of free cooling, a cold-aisle containment corridor, and energy efficient hardware, UPSes and lighting. The energy used in the facility is renewably generated, though EvoSwitch also invests in carbon offset projects to compensate for the non-renewable energy used for its emergency backup generations and the energy used by its company vehicles.

Click on the image below to see how EvoSwitch earns its climate-neutral claims.