In December 2015, President Obama signed the Microbeads Free Waters Act, banning the use of plastic microbeads used as exfoliants in personal care products. As a previous director of the organization that first helped uncover this issue, I continue to be astonished by the massive amounts of plastic pollution that originate from a seemingly innocent act: washing our collective faces.

Winning on microbeads took a huge, national coalition of NGOs with a united strategic plan. The next iteration of that work has a new target: microfibers that come from washing synthetic clothing in washing machines.

Oceanic gyres tend to eviscerate big plastics into smaller bits, and washing machines do the same — and even more efficiently. When you wash clothing made from synthetic materials such as polyester, tiny particles of plastic called microfibers are washed down the drain with the washing machine effluent. Microfiber pollution is one of the biggest sources of primary microplastic pollution. In a recent International Union for the Conservation of Nature (IUCN) report, washing clothing was found to be responsible for 33 percent of primary microplastic releases into the environment. Compare that to the effect of microbeads, which were banned for their paltry 2 percent contribution to watershed microplastic pollution.

For clothing brands, microfiber pollution represents an existential threat to their bottom line, and for outdoor companies, their pro-environment reputations.

When you wash clothing made from synthetic materials such as polyester, tiny particles of plastic called microfibers are washed down the drain with the washing machine effluent.

Why? Because fossil-fuel-derived, plastic textiles are becoming the go-to fabric of choice for sports and active lifestyle brands due to their performance attributes. Already, 60 percent of all clothing on earth is made of polyester, with even higher occurrences in activewear brands. But whether it’s yoga pants, fleece jackets or underwear, plastic clothes are the new normal — and are shedding massive amounts of persistent plastic pollutants into our shared waters and soil. Unfortunately, with increasing demand for synthetic fabrics, the problem is at risk of getting even worse.

To give an idea of scale, it’s estimated more than 1.4 million trillion fibers are awash in the ocean, a number derived by George Leonard, chief scientist for the Ocean Conservancy, based on an extrapolation from existing data. Now, consider that government data shows more than 103 million washing machines are in the United States doing an average of eight to 10 loads of laundry per week. According to the scientific literature, each load can release between 1,900 fibers per load, to as many as 250,000 per fleece jacket, per wash.

Microfibers are a huge source of pollution, but are they dangerous?

It’s seriously doubtful we’re going to see a scientific study that demonstrates that animals eating plastic is a good thing. As such, many scientists agree there is cause for alarm and that a solution must be found.

What we do know is that plankton, mussels and clams eat fibers and can cause gut impaction and other serious digestive tract problems. We know one in four fish procured from a fish market in California has evidence of microfiber ingestion. We also know microfibers will attract and concentrate (up to a million times greater toxicity) other chemical pollutants present in water, and that after ingestion these toxins can leach from the plastic into an organism’s tissues. Some clothing is also treated with dangerous chemicals that will desorb into water over time as well.

So, although we don’t know the ultimate human health connection implications yet from eating sea life, we know that larger organisms eat smaller ones, and that pollutants thus magnify up the food chain.

So what are clothing brands doing about it?

Forward-thinking brands have acknowledged microfiber pollution is real, and apparel company Patagonia has commissioned a study to look at their products’ contributions to the problem. But few brands have made any significant progress on mitigating their products’ impact on the environment.

In the six years since the first seminal study demonstrating microfiber pollution was published, no clothing company has abandoned synthetic fibers for use in their products. Instead, we’ve seen an increased use of synthetic textiles, especially polyester. Brands love polyester and other synthetics for their performance attributes: they repel water, wick sweat, and the fabric stretches without getting stretched out. Although cheap to produce, polyester is twice as carbon-intensive than the next most carbon-intensive material, cotton.

Some brands, recognizing a way to solve the carbon problem, thought making clothing out of recycled plastic water and soda bottles would be a good idea. This became an overall trend for "green activewear" brands to tell a sustainability story. Although these efforts are well-intentioned, the effect on water and soil remains the same with regard to microfiber pollution.

It’s clear that many concerned companies examining the microplastics problem associated with clothes are still in the ‘head scratching’ phase.

As is often the case with so many environmental problems, the first solutions are ones that encourage individual actions and technical quick fixes over more complicated, systemic interventions. Although we at The Story of Stuff Project absolutely appreciate innovation and individuals’ desire to "do good" in the world, we’ve been in the environmental advocacy sphere long enough to be skeptical of "sexy" tech fixes that attempt to frame an issue as being solved "if we all just do our part."

Does anyone really think retrofitting 103 million washing machines in the United States alone is practical? Here are my thoughts on some solutions proposed so far:

It’s clear that many concerned companies examining the microplastics problem associated with clothes are still in the "head scratching" phase. No clothing brand intended for their synthetic products to be discharged into the environment. Now that they know, they must step up and tackle the problem. As advocates and concerned citizens, we must work hard to listen to the brands but also to guide their proposed solutions and push for systemic fixes. 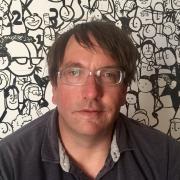 See all by Stiv Wilson