As You Sow: Unleash your hidden shareholder powers

This is an excerpt from "The Shareholder Action Guide," which will be released Nov. 15 by Berrett-Koehler Publishing and is available on Amazon.

Corporate sustainability professionals are the most highly trained group of people to deeply understand the impact and power of corporate policy and action. Therefore they have enormous leverage from within companies to improve environmental, social and governance issues.Outside shareholders are their best and most vocal allies and the book shows how this relationship can flourish and improve corporate brand and overall stakeholder value.

In addition, every CSR professional is a shareholder as well. This book can teach them how to use their power at other companies to build a coalition to create a world that we all want to see, one that creates a sustainable future for our children and future generations.

Creating a scorecard to compare companies is a prime example of how to separate leaders from laggards to move an industry. Motivated by poor U.S. bottle and can recycling rates, As You Sow first published a report ranking corporate commitments to beverage container recycling, in 2006. In that report, Nestlé Waters NA, the largest U.S. water company, was cited as a laggard and earned a dismal F.

CEO Kim Jeffery started making changes soon after the scorecard was released, and in 2008, with the release of the second scorecard, Nestlé Waters moved up to a C–. In 2009, it committed to a goal of recycling 60 percent of its polyethylene terephthalate (PET) beverage containers by 2018.

The company also conveyed to As You Sow that the report card had opened its eyes to its lack of sustainability practices. 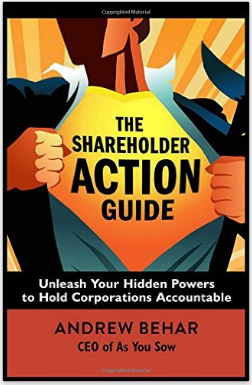 "Over the past two years, As You Sow engaged Nestlé Waters North America in a respectful but insistent dialogue on container recycling," said Alex McIntosh, director of corporate citizenship for Nestlé Waters.

"Its 2006 container recycling report and scorecard got our attention and encouraged us to look at the recycling challenge more broadly. As a result, our company has developed a deeper understanding of the challenges and opportunities of improving container recycling rates and recycled content, and has helped us adopt a bolder vision and commitment to comprehensive recycling in the U.S."

In 2010, PepsiCo, not to be outdone by Coke or Nestle Waters, committed to recycle 50 percent of all industry bottles and cans by 2018.

The third report, in 2011, had Coke, Pepsi and Nestlé Waters in a three-way tie for first place, each earning a B–. The fourth report in 2015 expanded to include fast food and consumer packaging. All three beverage companies, plus New Belgium Brewing, were ranked in the "Better Practices" category, with programs that mean 40 billion to 50 billion fewer plastic bottles will end up landfilled or polluting the oceans of world.

But there is still room for improvement. None of the companies made "Best Practices," and the goal of recycling 100 percent of the 250 billion plastic bottles produced each year in North America is still some distance off.

The goal is to establish "extended producer responsibility," or similar product stewardship policies where companies agree to take financial responsibility for part or all of the costs to collect and recycle their products or packaging. It is the law of the land in a number of European countries and results in recycling rates as high as 80 percent.

How do you make sure they do what they promised?

Since most shareholder resolutions are nonbinding, backsliding is a recurring risk. Competition, market conditions or management may change, or maybe the short-term costs of keeping their promises have too great an impact on their quarterly reports.

That’s why steady and persistent follow-up is required. Shareholder advocates have had significant success using scorecards and reports to keep pressure on companies by documenting when they have kept their promises and when they have not.

Press coverage can be a tremendous aid in keeping corporations’ feet to the fire, but the first step may not be to accuse them of lying in the press. Instead, letting a corporation know that you’re about to launch a press release detailing how the company has failed to keep its word may be a way to provide powerful incentive to a corporation to clean up its act. Pointing out competitors’ compliance with a given practice can also provide a powerful motivation to reform.

Levels of escalation from there might be to request further negotiation so they can correct the problem, with the underlying understanding that you retain the option to file another shareholder resolution, knowing that you can build shareholder engagement by pointing out the company’s failure to follow through on its promises. 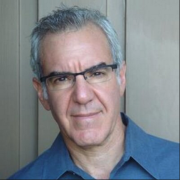 CEO
As You Sow
@andrewbehar

See all by Andrew Behar