Americans celebrate the winter holidays in many ways, which typically include an abundance of food, drinks, desserts — and waste. Food waste is receiving increasing attention from managers, activists, policymakers and scholars, who call it a global social problem. According to the U.N. Food and Agriculture Organization, wealthy nations waste nearly as much food every year as the entire net food production of sub-Saharan Africa.

Efforts to reduce food waste tend to focus on consumption practices, with less attention to the production and distribution side. But according to the U.S. Department of Agriculture, a large proportion of food loss and waste in the United States occurs at the farm-to-retail level, with about 133 billion pounds of food available at retailers going uneaten.

In a recent study, my colleague Arnold Vedlitz and I surveyed nearly 1,400 Americans about their views on food waste. We wanted to know what the public understood about the role that intermediary organizations such as grocery stores, cafeterias and restaurants play in this problem. We also wanted to see whether concern about food waste reflected awareness of the water-energy-food nexus — the interconnections between food production, energy and water. 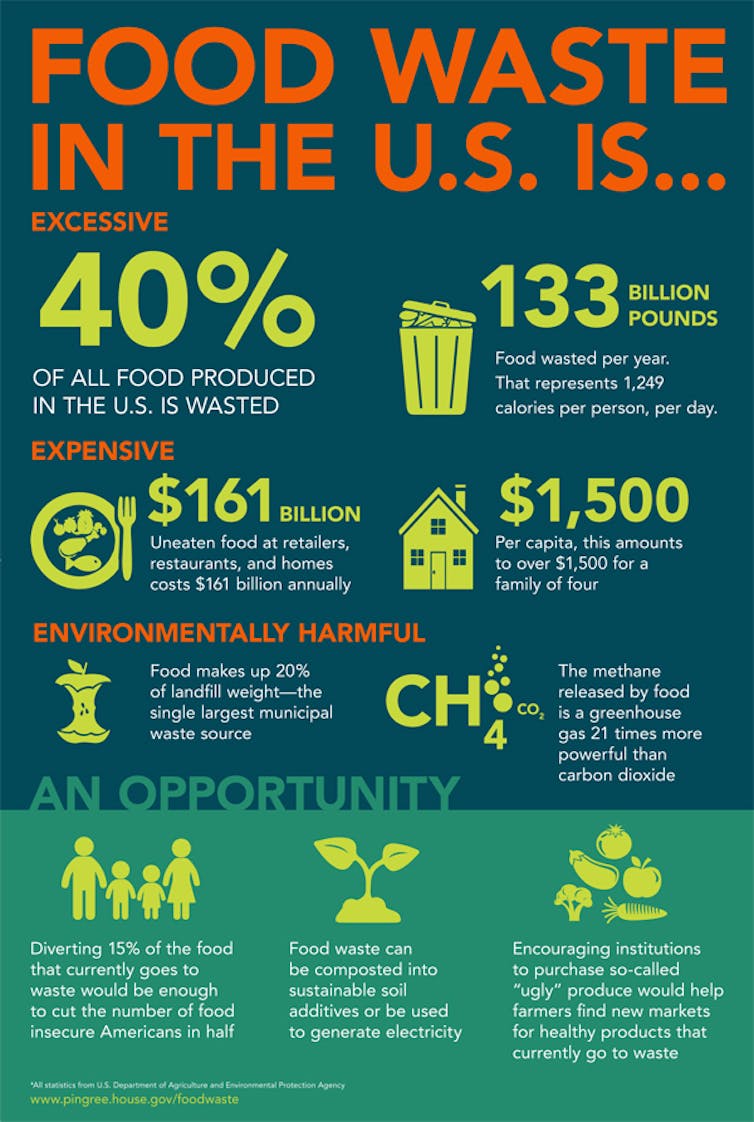 Organizations lose or waste food for many reasons. Grocery stores seek to keep shelves full and offer visually appealing produce, which can lead to over-ordering and throwing out items with cosmetic flaws. The Agriculture Department estimates that between 11 and 12 percent (PDF) of fresh foods and meats are discarded or lost from U.S. retail outlets and supermarkets.

Restaurants and cafeterias also contribute significantly through inventory losses, food preparation waste, food scraps not suitable for serving, foods prepared but not served and foods consumers purchase but do not finish.

When food is wasted, these resources are also wasted when they could have been put to better use elsewhere.

We used a nationally representative survey to see whether individuals were concerned about organizational food waste, and would support policies intended to reduce it. In response to the question "How concerned are you about the amount of food wasted by grocery stores, restaurants and cafeterias?" about 75 percent of respondents said they were concerned, very concerned or extremely concerned.

Our results also showed that women, older people, members of lower-income households and those who leaned politically liberal all expressed higher levels of concern about food wasted by organizations.

Interconnections between food, energy and water

Next we examined whether concern about food waste was tied to use of other natural resources. Growing, producing, transporting, treating and disposing of food consumes significant quantities of energy and water.

Producing a typical Thanksgiving meal, for example, requires corn and wheat to feed turkeys; acres of farmland to grow vegetables such as beans and potatoes; water to irrigate the produce and hydrate the turkeys; and energy to pump water, harvest crops and transport the food to consumers.

When food is wasted, these resources are also wasted when they could have been put to better use elsewhere. In a previous study, we examined the extent to which individuals understand or recognize the interconnections between water, energy and food, and created a "nexus awareness index." Awareness of these interconnections means that people recognize that food, energy and water are all intertwined at some level.

To explore what actions people would take or support to reduce food waste, we focused on two policy options: building compost facilities for large-scale commercial and private residential use, and increasing state or municipal licensing fees for organizations that do not develop and follow approved food waste reduction plans. Respondents who reported high concern about food waste were willing to support waste reduction policies, and those with higher awareness of food-water and food-energy links showed the strongest support for both policies.

We draw two primary conclusions from this study. First, highlighting the amounts of wasted water, energy and money embedded in food waste may help food waste issues reach a wider audience and build support for action.

Second, increasing awareness and concern about food waste may increase action and behavioral changes that reduce waste. Researchers long have been concerned about findings that show a disconnect between people’s intentions and their corresponding actions. Some food waste research examining this issue shows that intentions to reduce food waste have a mixed and generally weak impact on actual consumer practices.

Reducing food waste on a broad scale is a significant challenge. Our results suggest that increasing concern about food waste may motivate people to be more willing to act on this problem. Others suggest that regular reminders and nudges for consumers may be effective. Intentional, or purposeful, consumption with waste in mind — for example, showing people how to take waste into account as they shop for food — also may help. Best practices likely will differ among various groups of people and geographic regions.

Holiday meals are a good time to be mindful of food waste. Many are served in people’s homes, and most hosts wouldn’t dream of throwing away perfectly good leftovers instead of using them the next day. Although restaurants typically throw away leftovers that consumers purchase but don’t finish, many customers will take theirs home with a little encouragement. Especially once they know how much energy and water it took to grow those cranberries and fatten the turkey. 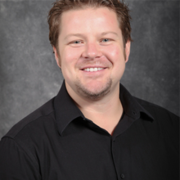 See all by Bryce Hannibal