Is Your Company Prepared for Gas at $5 a Gallon?

In case you haven’t noticed, fuel prices are on the rise again. Of course, it would be hard not to notice. Even those among us that have chosen to travel exclusively on other forms of transportation likely find it hard to miss the rote commiserating from the rest of us every time we have to pay a dime more at the gas station. Multiply your sense of resignation at the gas pump by a thousand and you’d have a sense of how corporate fleet managers are feeling these days.

Resignation, however, is only for the short-term. Over the long run, we can adapt. Two colleagues in the fleet industry, Elisa Durand of ARI and Tom Sloan of Donlen, recently posted insightful commentary on the likely path of fuel prices (up, but how high is anyone’s guess) and what fleets can be doing to hedge against this increase (get more efficient and transition to lower-carbon fuels).

In a Donlen "GreenKey" post, Tom states that EIA data suggests that “projected regular-grade gasoline prices are expected to average $3.17/gallon in 2011, with a peak of $3.23 in August. Relief at the gas pump is not expected in 2012, either, with average gasoline prices expected at $3.29/gallon.”

Elisa noted that a former oil-industry executive claimed that “much of the United States could see $5.00/gallon fuel prices by 2012,” but that “other industry experts were not as bleak in their predictions” with one suggesting that “15 states will see gasoline prices climb past $4.00/gallon by May.” She then posed what I agree is the key question: What are fleets willing to do to prepare for higher gas prices?

In reading her post, I was reminded of an industry event that I attended in the fall of 2006 when a fleet manager asked a leading expert what the company should assume would be the average price of gasoline over the coming year. The answer, $2.70 per gallon, provoked groans throughout the audience. It also proved to be right on.

This relatively short-term forecast was critical for companies to both budget fuel spend for the year and to project the total cost of ownership of the vehicles they were purchasing in the next buy cycle. Even if managers asking the question chose to build their incoming classes of vehicles based on $2.70/ gallon of gas, they would have still not been prepared for 2008, when fuel prices averaged $3.25 and saw national highs of $4.11. As most fleets hold on to vehicles for three to five years, they are locked into a certain amount of fuel consumption based on their past decisions. This is what makes Elisa’s question so important.

To adequately prepare for fuel prices in 2016, companies need to make decisions today. What will the price be in 2016? I certainly don’t know. The upwards trend is clear, though. As Tom writes, 2012 prices are expected to be $3.29, which is higher than the average from 2008.

Companies need to plan for the long-term, both from an emissions and cost perspective. As we move into the next buying cycle for corporate fleet vehicles, companies should be asking themselves, “What fleet do I want in 2014, 2015 and 2016?" Even if $5 a gallon gas is not likely, there is a risk of high and sustained prices over the coming years. I, for one, would not want to have to ask the CFO to double my fuel budget and not be able to articulate the comprehensive, multi-year plan that was already in place to mitigate our exposure to historic fuel prices.

There are many ways to prepare a fleet to use less fuel. Tom from Donlen and Elisa from ARI offer many options. EDF has long promoted best practices in this area too — many of which were developed through our partnership with PHH Arval. These steps almost always reduce greenhouse gas emissions too. It is time for companies to prepare for higher gas prices. One way to do so is to create a long term goal that cuts fuel consumption and emissions. EDF and Donlen issued a challenge to the industry last September to cut emissions 20 percent by 2016. Joining us in this effort is one place that companies can start to prepare for higher fuel prices.

The original version of this piece was published at the EDF Innovation Exchange. 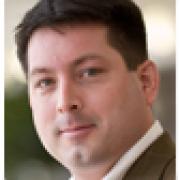 How businesses are leading the push for truck efficiency

See all by Jason Mathers