Zero-carbon electric transport is already in reach for small islands

Island states like Barbados, with a high tourist population and need for resilience, can test the transition to electrifying everything.

But far greater challenges remain in the heat and transport sectors. Electrifying road transport likely will take longer than 2025 and more electric vehicles could cause the grid’s current electricity demand to double.

This is where small island states could help. They provide the perfect proving ground for the multifaceted challenge of transitioning to a transport system that’s 100 percent powered by electricity. The obstacles are many. Massive infrastructure change is needed, consumer expectations have to be managed, a supportive policy structure must be shaped and the far reaching impacts of such a transition will need careful consideration.

Our recent paper explains why islands can lead the way towards fully electrified transport. They can help to guide the transition challenges and inform how to scale up for larger, continental transport systems. We focused on the Caribbean and the rapid progress already underway on the island of Barbados — the third highest user of electric vehicles in the world. 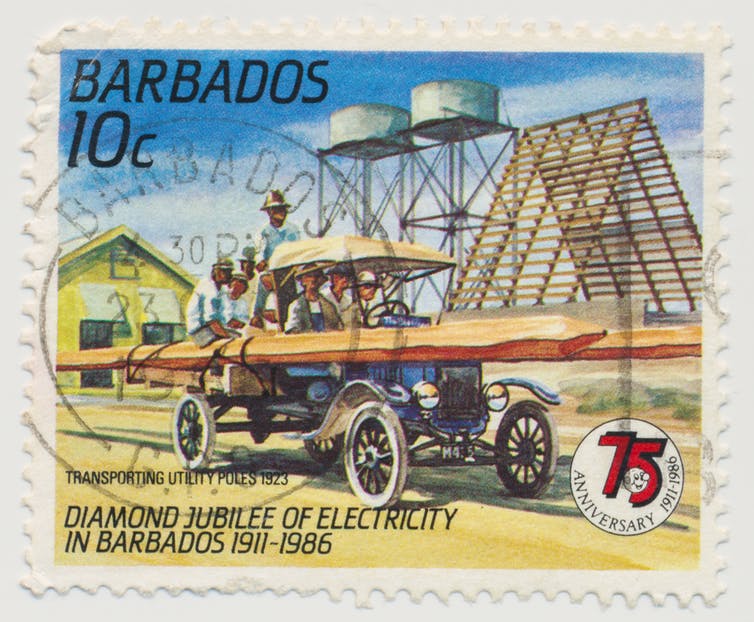 With excellent solar and wind resources, several Caribbean islands are pursuing 100 percent renewable energy transitions. This is a remarkable goal given most are heavily reliant on fossil fuels. As with any country that wants to target 100 percent renewable energy generation, islands will need to store excess energy for when demand exceeds the supply from wind and solar energy.

Here’s where electric vehicles offer a considerable advantage. Vehicle-to-grid is a relatively new idea that would allow electric vehicle owners to sell electricity back to grid operators while their car is plugged in on their driveway or in parking spaces. This helps the grid meet demand when there is fluctuating electricity generation from intermittent sources such as solar and wind power.

If all 132,000 vehicles currently on Barbados were electric, and vehicle-to-grid charging were adopted, the cumulative effect of these 132,000 batteries could act as a distributed storage system. That would provide a storage capacity of 0.5 GWh. This would go some of the way towards the 3 GWh needed for a 100 percent renewable energy system on Barbados.

Due to their relative isolation at sea, small islands always have been vulnerable to natural hazards. Acting as mobile storage, electric vehicles have the potential to help with recovery following natural disasters, particularly hurricanes and tsunamis, by acting as back-up energy storage for rescue and recovery efforts. As this application becomes better understood, the lessons learned in the Caribbean could become significant for mainland countries, too.

One of the main barriers to people buying electric vehicles is driver range anxiety. This stems from typical driving ranges of ~180km on a full battery, longer "refueling" times compared to conventional cars (30 minutes to 10 hours depending on the charger and the vehicle), and too few charging points. Progress is certainly being made in this area — electric vehicle range increased by 56 percent between 2011 and 2017 — but perhaps too slowly to encourage more drivers to choose electric.

On small islands, this barrier largely doesn’t exist. In Barbados, you can drive around the whole country on one charge. In effect, small islands offer an opportunity to fast forward to a time when battery capacities have increased, charging times have decreased and driver range anxiety is no longer an issue.

Like many Caribbean islands, Barbados is particularly reliant on tourism, which contributes over 15 percent of Caribbean GDP (PDF). With over 1.2 million visitors each year — more than four times the island’s population — and tourists typically interacting with taxis, public transport, hire cars and coach tours during their stay, islands such as Barbados are well-placed to act as country-sized showrooms for an electric transport transition. 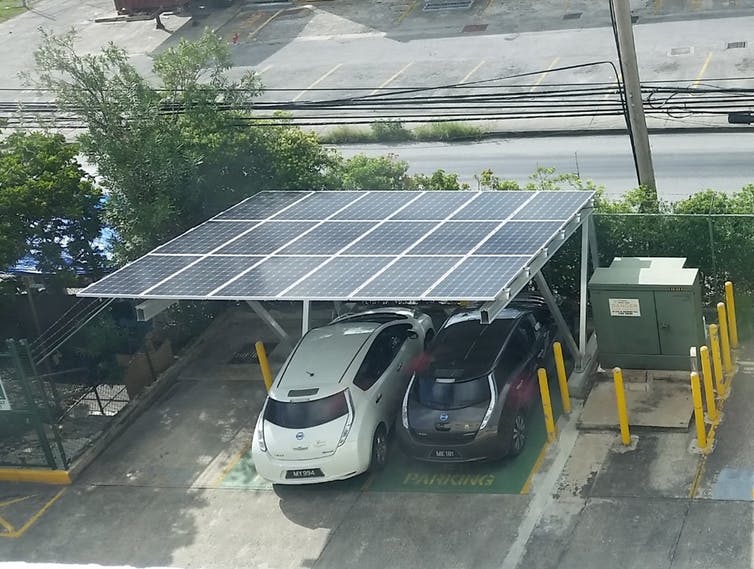 Caribbean islands have made considerable progress with rolling out electric vehicles, despite scant policy support and financial incentives. However, once a technology has been proven to benefit their economy, small islands tend to have fewer barriers between public ideas and executive decision making. Their relatively flexible governance structures mean they can support rapid adoption of new technology.

This was certainly the case in Barbados in the 1970s for water heaters powered by solar energy. A local manufacturer demonstrated their design to the prime minister at the time, highlighting its ability to drastically reduce a household’s monthly gas bill. Convinced, supportive policies were introduced, and the island is first in the world for solar water heating collector capacity.

Electric vehicles are held back in mainland countries due to cost, policy, driver distances and scant charging points, but these barriers are easily negotiated on islands such as Barbados. Small islands can lead the way to full decarbonization of the global transport sector — the rest of the world should take note.

PhD Researcher in Sustainability
The University of the West Indies

See all by Tom Rogers