You don't necessarily need an expensive MBA or a degree in environmental sciences to learn about social and environmental responsibility. In fact, many could learn from school children armed with about $17.

One of my favorite quotes I was lucky enough to hear in person. It was imparted by one of my favorite people -- David Attenborough, the famous naturalist and owner of a voice that sends women over 60 weak at the knees (at least true in my mother's case).

Asked when he first became interested in the natural world, he boldly replied, "I prefer to ask most adults when they stopped being interested … after all, you won't find many children that aren't fascinated by nature, it's just that my adolescent curiosity just never went away."

Perhaps not the most perfectly crafted of sound bites, but one that captures Attenborough's magic and the boundless curiosity of youth.

A little while back I teamed up with a friend, Oli Barrett, to help create a scheme called "Make Your Mark with a Tenner." The aim is to challenge youngsters to see what they can achieve with just £10 (slightly less than $17 in the U.S.) in one month. 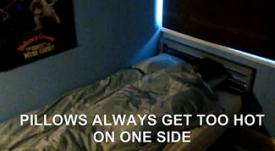 In the last couple of years, close to 30,000 school kids have participated in the program, aiming to make a profit and assessing the difference their schemes made, if any. (The photo to the right and the one below show the problem tackled by the Torquay Boys Grammar School and "The Chillow," the product the students created to solve it.)

The largest profit was £736 and the average £42, compared with a return a savings account would have provided in the same month -- a heady 2p! That's 4,200 penny sweets, versus a mere two.

In a world of economic crises, these enterprising teens are proof that measures to support young entrepreneurs and startups are of vital import.

I've also been lucky enough to participate in a BBC2 series called "Beat the Boss," in which our team of "bosses" was trounced by a team of enterprising children. Plus, I was a trustee of Young Enterprise, an organization that encourages young people to start businesses, with a bit of expert guidance, while at school.

It comes as no surprise to discover that the youth of today are resourceful, entrepreneurial and enthusiastic. What continues to surprise me is the passion that children have for making a positive impact. 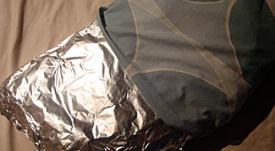 Although social awareness seemed somewhat of a misfit for a profit-focused enterprise, we asked "Make Your Mark with a Tenner" participants to report on the difference that their £10 schemes had.

An overwhelming number wrote passionate and insightful pieces, demonstrating a deep thoughtfulness and understanding of the interconnectedness of their actions within their local environment.

A large number of students donated all of their profits to charity, despite there being no compulsion to do so. In fact, money seemed to be one of the least important of their motivators.

So when exactly does the materialism kick in … when the pocket money ends? Perhaps.

Or, perhaps not. At Bright Green Talent, the No. 1 reason we hear from people hunting for a green job is that they crave meaning in the workplace. At about the same time as my "Tenner" involvement, I worked on a piece of research to assess what young people felt about social enterprise.

{related_content}Without getting bogged down in the definitional discrepancies, a social enterprise is an organization that achieves a social or environmental change while operating as a business, pursuing profit.

Inevitably, most of the youngsters were unclear about what a social enterprise was. However, almost everyone we spoke to understood the principle -- that a business could and should operate to benefit society.

What my experiences demonstrate is that social entrepreneurship, environmentalism and creating meaning in the workplace are not new concepts, but inherent, natural ambitions.

Our children dream of sustainable workplaces that contribute positively. Perhaps these ambitions get lost when bankers and businessmen focus only on making profit rather than principle and put production in place of pleasure.

In the case of the people coming to Bright Green Talent, many mention that they have awoken from their stale jobs in traditional businesses, and are desperate to create meaning. I believe that one of the reasons why there is such a clamor for green jobs and why companies like Patagonia, Innocent, Sawday's and Howies have done so well, is that they've harnessed the power of our natural working instincts.

There is no shortage of hope, enthusiasm, entrepreneurship and environmental awareness to be found amongst the next generation -- our job, dear adults, is not to "change the world" for our children, but to nurture much of what's there.

After all, it is often when children go from natural naturalists to adults that the world strips them of much of their innate wisdom. It can takes heroes like David Attenborough to bring out the child in all of us and remind us of the power and beauty of our natural instincts.

Credit for Images
Project by Torquay Boys Grammar School -- Courtesy of Enterprise UK, "Make Your Mark with a Tenner."

Beyond Boomers: Marketing to Younger Consumers

Is there a carbon tax on top talent?

Rushing to go nowhere: How can we make more progress on diversity in the corporate sector?