Go Slow, Stay Low: A Mantra for a Greener Economy

Go Slow, Stay Low: A Mantra for a Greener Economy

In another life, I was an educator for Save the Bay in Oakland, Calif.

With the humdrum of finance, technology, and transportation whirring around and above us, we spent our days with scores of middle schoolers, teaching them to paddle canoes and absorb the natural world around them for the first time. The most difficult part was to teach them to get into, and out of, the canoes without tipping them.

"Go slow, stay low" was the mantra. It worked for most, but not for all. Inevitably there would be a few life vest-wearing, mud-covered students waist high in the waters of the bay before class was over.

Canoes, like economies, are more stable moving steadily forward than still. As firms look ahead to 2010 and finalize their strategic planning and budgeting processes, they are asking themselves. "Will the economy return to its 'normal' growth patterns? What share of the market will we retain if it does?"

Where is the economy going? 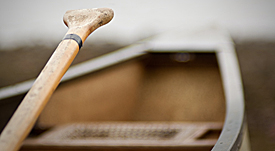 This "post-recession," still-life economy is very similar to that tippy, stationary canoe, and most companies would do well to pay heed to the advice given to 8th graders on Save the Bay trips. There are three reasons the economy will not return to its former state, especially in the U.S. The first is practical, the second behavioral, and the third theoretical. They are all sustainability related.

Firstly, there are practical reasons for a slow in growth that will have an impact on companies. It does not have to do with the crash in the housing market, although that rationale has been much discussed, and over-hyped. Taking GDP as the measure of economic growth in the United States, residential investment only accounts for 4 percent of GDP. Even at the height of pre-crash euphoria it was just 6 percent. By comparison, personal consumption, that holy grail of "consumer spending" makes up 70 percent of the U.S. GDP. That is astounding: Consumption of stuff -- goods and services -- makes up 70 percent of the U.S. economy.

That figure was previously lower -- 60 percent at the start of the 1950s. It is also lower in other countries: U.K.: 64 percent, Japan: 58 percent, Canada: 55 percent (2003 figures). In China, that figure is 36 percent (Note to reader: if your company is not looking for retail space in China, it will be). What does this mean? It means that the U.S. GDP is overly reliant on consumer spending. And now the money that was once being spent is being saved.

{related_content}According to The Economist Special Report on the Economy, the household saving rate went from just 2.7 percent between 2002 and 2007 (remember the post 9-11 advice from your then-president, "Go out shopping"?) to 5 percent in the second quarter of this year.

Not a big deal you say? Each increase in savings by one percentage point reduces annual spending by $109 billion. A savings rate of 8 percent would pull $545 billion out of the economy.

Not possible you say? The U.S. savings rate was 8 percent in much of the 1960s and 1970s. Those are dollars pulled directly from Main Street, like a bad Laurel and Hardy joke where a dollar bill on a string is yanked unexpectedly before it can be picked up. This is good for the long-term sustainability of the country and future generations, but it can be a short-term challenge for thousands of companies that make superfluous stuff under a model of planned, or even unplanned, obsolescence.

Scarred by the recent recession and jittery about a jobless recovery, the question is not will Americans save more, but how much more will Americans save, and how high will that savings rate reach. So for practical reasons, the economy will not return to its former state, and companies need to recognize this.

Secondly, "he who dies with the most toys wins" is soooooo 1990s.

Americans are beginning to come to terms with a culture of overconsumption. The prospect of more stuff is not seen as attractive as it once was, and U.S. citizens are rethinking the informal contract they have with companies. They expect more from them in terms of quality and durability and environmental safety.

"More is better" has been replaced by quality of life. It is not by accident that even Walmart's slogan has changed from "Everyday Low Prices" to "Save Money. Live Better."

The concept of America as a wasteful, over-consumptive society is not new.This was well chronicled in the documentary "Affluenza" in 1997, which described excessive consumption and its effects as almost a disease. Other magazine articles and books have also covered this ground. But the topic is now making stronger inroads into popular culture: "The Story of Stuff," "Wall-E," the shrinking size of homes, decrease in the number of cars per family, and the fact that you could fit three Priuses into one Hummer. The next generation in the bull's eye of Madison Avenue's scope -- millennials -- sees value not in what they have, but in the connections they make, in their degree of helpfulness, in the richness of their experiences.

"All the legislation in the world can't fix what is wrong with America. We've learned that piling up material goods cannot fill the emptiness of lives which have no confidence or purpose."

That phrase was not uttered at a San Francisco book reading or on "This American Life." It was spoken, extraordinarily, and publicly, in the Oval Office. Not by Obama or by Bush the Second. Jimmy Carter made that statement in a 30-minute televised address he gave to the nation in July 1979, 30 years ago this past summer.

Astute readers will note that nothing much changed after Carter gave that speech 30 years ago. So if nothing changed then, why should we expect anything to change now?

Because when Jimmy Carter made that speech it was the end of an era, the sunset of his presidency, which was followed by Reaganomics and Thatcherism, mass de-regulation, a decrease in the marginal tax rate of the highest incomes in the U.S. from 50 percent to 28 percent, the heyday of Gordon Gecko and "Greed is Good" on Wall Street, and an attempt to use high-octane capitalism as way to vanquish our monolithic enemy: the Soviet bloc countries.

In 2009, we are under very different circumstances.

We are at the beginning of a political era, facing a long-lasting recession, a backlash against greed and supply-side economics, the potential for an increase in the marginal tax rate, a diffuse enemy not responsive to capitalism's successes or excesses, and an environmental challenge that cannot be swept away like Carter's energy policy was after gas prices dropped in the late '70s.

Americans will still consume, but in different ways.

Look to Europe for cues. Enter more leisure time, healthfulness, quality and valued family time. Exit the Escalade, Evian and anything that smacks of materialism without meaning. Companies that think, "We have heard this story before," need to take a harder look at the unique confluence of trends we currently face. There will be ample opportunities, but not in the places you last looked.

GDP is a very poor measure of overall well-being and quality of life. We know this. Joseph Stiglitz, Amartya Sen, Nicholas Stern, and a Who's Who of economists commissioned by the French Government are currently trying to figure out a better measure of economic performance and social progress. In the meantime, GDP is the de-facto measurement of economic growth and one where we have sufficient data. Companies have enjoyed consistent GDP growth over the past century and that has generated ample wealth generation for individuals and consistent success for corporations.

One of the problems with GDP, however, is that the economy churns within the confines of a closed-loop system, otherwise known as the planet. This is not news to environmentalists or social scientists, but it always seems to surprise economists. Kenneth Boulding, with "The Economics of the Coming Spaceship Earth" in 1966, and Stuart Brand, with the photo of Earth from space on the first Whole Earth Catalog in 1968, did a brilliant job of trying to wake us up to this reality. That was over 40 years ago, and we are only now beginning to recognize the limits of this closed-loop system, in terms of resource supply and pollution sink capacity.

Any entity within a closed loop system cannot grow infinitely. By comparison, let's look at the growth patterns of a young male and the U.S. GDP. Both grow within a bounded system. 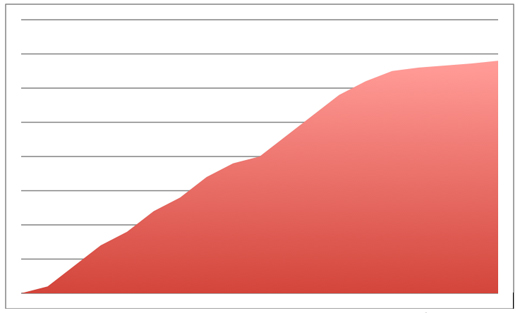 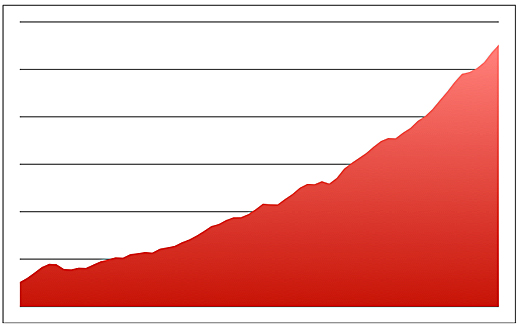 Even to the untrained eye, there appears to be a difference. The concept of limited resources has been debunked time and time again -- human ingenuity, technology, and price signals all step in to keep us plowing forward. But it appears that the Earth's ability as a sink, and the prospect of climate changing as the sink reaches its limit, may be the first indicator that growth cannot go on forever.

Any entity within a closed-loop system that grows without bounds would be the equivalent of a perpetual motion machine. Herman Daly's "Steady-State Economics" taught us this in 1977, two years before Carter made his speech. Theoretically, the economy cannot maintain its former growth rates permanently. Placing GDP within the context of the CDC growth chart, it is hard to know if we are a 4 year-old, or a teenager nearing our adult height. My money is on the latter.

Due to the practical, behavioral, and theoretical rationales laid out above, the growth economy as we knew it may be a relic of history. Our current jobless recovery could become a growthless "recovery." Companies with executives holed up in board rooms, contemplating 2010 forecasts and strategies, need to consider what their businesses will look like in an era of moderate to no growth.

This is not an altogether bad thing.

Companies will continue to add value through goods and services, and citizens will benefit. Some companies who think ahead, who thoughtfully evaluate the scenarios they face and their current capabilities, or lack thereof, and who rethink their business models and their contracts with their consumers -- they will benefit substantially. Others will slip off the S&P 500 without a sound. Sustainability, at a macro level, will be strengthened.

Stephen Linaweaver is associate principal at GreenOrder, an LRN Company. GreenOrder is a strategy and management consulting firm that, since 2000, has helped leading companies turn environmental innovation into business value.

Inside the 'Growthless, Jobless Recovery'

Weekend read: The trouble with growth