The day that gadget-lovers have been waiting for with bated breath for months if not years has finally arrived.

Today, just after 10 AM, Steve Jobs unveiled the iPad -- something along the lines of a blown-up version of the iPhone. Weighing 1.5 pounds, just half an inch thick, and 11 inches tall, the iPad aims to be the Next Huge Thing for technology, capable of playing music, watching movies, reading books and running all the other tens of thousands of apps available in the Apple's application store.

At the event, Steve Jobs and various Apple execs and partners showed off the iPad's specs, including a new iBooks e-reader application and associated bookstore, a new version of Apple's iWork office suite specifically for the iPad, and prices run from $499 for a 16-gigabyte model with no 3G internet, and run up to $829 for a 64-gigabyte model with 3G internet.

But what we really care about is, is it green?

At the start of the event, Jobs ran down the green creds of the gizmo: In keeping with Apple's environmental policies, the device is free of all kinds of nasty chemicals. It is arsenic-free, mercury-free, BFR-free, PVC-free, and, according to this slide, taken by the good folks (and great livebloggers) at Engadget, "highly recyclable." 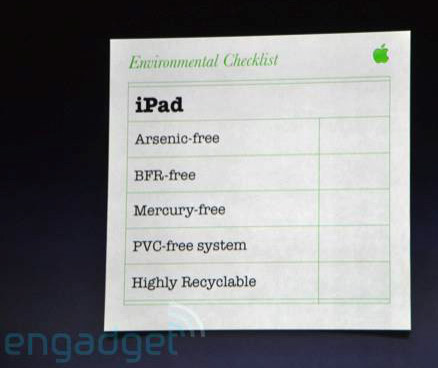 Jobs also stated that the iPad can get 10 hours of battery life -- an impressive feat if it's true. (For comparison's sake, my brand-new MacBook Pro supposedly gets 7 hours of battery life and in reality gets around 4, unless I turn the display to near-dark and stick to processor-light tasks.) 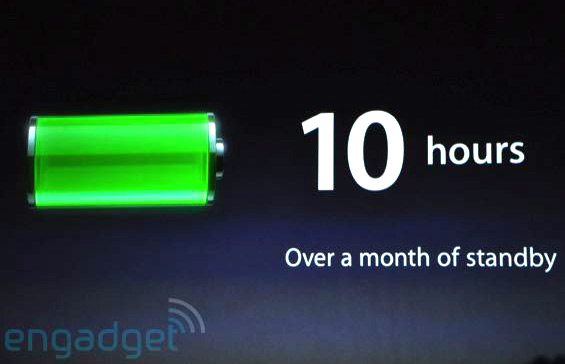 The vagaries of its "highly recyclable" claim notwithstanding, those are all great green attributes, and another example of how Apple is leading the way with green computing.

But all that notwithstanding, I fail to see how this is really a game-changer for the planet.

(Pics and more green discussions are on the next page...)

As I wrote on Monday:

I stand by this assessment. In a nutshell, the iPad is a nifty little gadget, I'm sure it will do wonders for how people engage with technology, and hopefully will give a boost to the flagging newspaper- and book-publishing industries, but it is still another resource-intensive gadget that will be an add-on rather than a replacement. 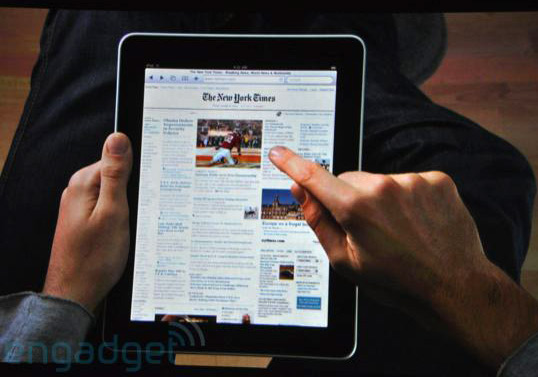 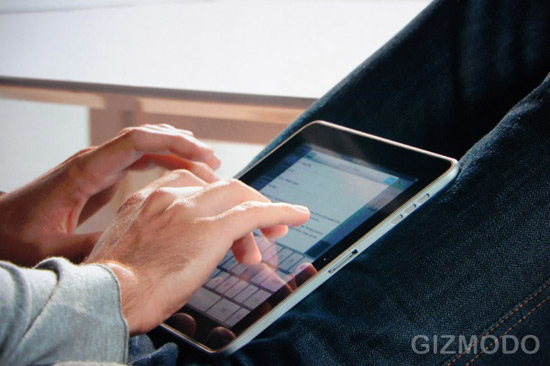 Why the Book Publishing Industry Hates the iPad

Why the E-Waste Industry Loves the iPad

Will the New iPhone Lead to an E-Waste Avalanche?