Who would have thought that one of the world's hottest, richest companies would spend about a third of its annual meeting discussing sustainability, melting glaciers and the finer points of reporting about greenhouse gas emissions? That's what happened at today's Apple Inc. shareholder meeting.

There were two shareholder proposals on the proxy, one of them from As You Sow, where I work, calling for the company to set greenhouse gas reduction goals and do a better job of environmental and corporate responsibility reporting in general. A second proposal, from Harrington Investments, asked the company to establish a permanent board committee on sustainability.

Normally we get our two minutes to speak and then the meeting veers back to more pressing matters such as how Apple should spent $25 billion in cash it's sitting on. However, a politically conservative investor started off the meeting commenting that the glaciers were not melting, climate change was not real, and Board Member Al Gore had become a laughingstock. This prompted a swift rebuttal from another shareholder in support of Mr. Gore, and the company's social and environmental performance went on to curiously pervade much of the meeting. 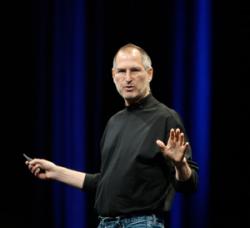 A question about our proposal, suggesting that the company do a better job on sustainability reporting, led CEO Steve Jobs to minimize the value of reporting, commenting that sustainability groups like to have companies generate lots of reports, make specific commitments, and schmooze at conferences.

"We don't trumpet" all the good things we do, we just try to do the right thing, he said. The problem with this line of argument is that it allows companies to selectively report on things they are making progress on and conveniently avoid dealing with issues they may be ignoring.

Although corporate responsibility reports by Dell and HP may have some greenwash, the benefit of those reports is to set out specific goals and key performance indicators and then discuss how well they have met them.

Another investor began to spontaneously engage Mr. Jobs in a lengthy exchange about the value of product environmental reports posted on Apple's website. The company says the reports "show the complete environmental footprint of every new Apple product so you can see how each one affects the planet."

For example, the report on the iPhone 3GS says it will use an "estimated" 55 kilograms of carbon dioxide equivalent (CO2e) over its life cycle. The problem is, there's no useful context for this information. As this investor pointed out, until you develop uniform test protocols for all products and list competitor products side by side, the reports aren't very helpful.

We are pleased the company did a life cycle analysis looking at the carbon implications of raw materials, production, use and disposal of its products. But without providing source data and methodologies used, and establishing common industry yardsticks, it's very difficult for stakeholders to make fair comparisons and understand whether Apple or its competitors are acting aggressively to evaluate and control carbon emissions.

Mr. Jobs said his company is a clear leader in areas like removing toxic chemicals, recycling and workers rights -- and he's right, Apple is now strong in all of those areas. But the company didn't become a leader because of its own proactive internal moral compass.

It didn't really move on some aspects of toxics reduction, at least publicly, until Greenpeace made the company the object of a high profile campaign.

It didn't move on e-waste recycling until As You Sow and activist groups pressed the company on the issue for several years. 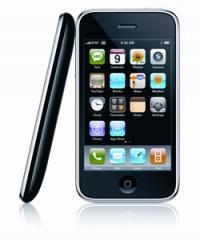 {related_content}It didn't have a supplier code of conduct to protect the workers who make its products until 2005 when Domini Social Investments pressed the company on the issue. Gap, Nike, Walt Disney Co. Wal-Mart and other retail giants adopted supply chain codes back in the mid-1990s.

The problems associated with achieving environmental sustainability remain daunting. But it was refreshing to see investors veer away from their usual preoccupation with why the company is not paying a dividend long enough to acknowledge that we must do better to plan how companies like Apple can continue to thrive in a future of limited raw materials and constrained carbon.

Even though it doesn't want to talk about it, we think Apple is paying more attention to these issues and we look forward to them sharing more about what they are doing.