Cambodia is one of the poorest and most environmentally challenged countries in Asia, not exactly ideal conditions to launch a business striving towards a more sustainable future.

In spite of such challenges, that is exactly what Managing Director Rin Seyha has done with SME Renewable Energy Ltd. (SME RE), a successful business that sells bio-mass gasifer systems providing reliable, affordable and environmentally friendly electricity to Cambodia's critical rice, brick, textile and ice industries.

The absence of a robust and stable Cambodian electric grid has created an opportunity for SME RE's gasifers. The national grid is in reality a patchwork of highly inefficient regional grids that extend from the major cities out into the countryside.

{related_content}Grid electricity in Cambodia is also some of the most expensive in Southeast Asia, with costs in excess of $0.20/kwh. This is a 20-160 percent respective premium on electric rates in neighboring Vietnam and Laos.

Despite the premium prices, Cambodian businesses are often plagued with blackouts, requiring the use of back-up diesel generators to maintain business operations. While diesel generated power can be less expensive than the grid, with costs between $0.13-$0.15/kwh, it remains highly vulnerable to fuel pricing and shortages in remote areas.

SME RE has been successful in Cambodia because its bio-mass gasifiers convert a widely available waste product, rice husks (pictured on next page) and other bio-mass, into a source of cheap, reliable and green energy.

The benefits to customers are considerable. Electricity generated by a gasifier can cost as little as half that of grid electricity. Business continuity is also improved as operators now have control of the bulk of their energy supply and are not forced to shut down during frequent blackouts.

The environmental benefits are also substantial. The 32 gasifiers installed by SME RE eliminate the need for over 3 million liters of diesel fuel and reduce carbon emissions by over 9,000 tons each year. If the Cambodian government begins to regulate emissions, as other Southeast Asian counties have, SME RE customers will increasingly value these environmental benefits.

Installing a gasifier requires an initial investment of $70,000. The substantial savings of independence from the grid can result in a payback period as short as two years.

However, many potential customers cannot afford the initial investment as they lack sufficient capital.


Commercial business lending to finance the purchase is nearly non-existent in Cambodia and is further complicated through legal constraints on collateralizing loans for electrical systems.

This is where SME RE's business partner, E+Co, steps in to fill the financing gap.

E+Co is an American non-profit that invests in renewable energy companies across the developing world. Through its partnership with SME RE, E+CO finances 80 percent of the capital required to install a gasifier, therefore dramatically increasing SME RE's customer pool while also earning 10 percent interest on the loans.

Thus far, repayment issues have been rare. In the one case to date where an issue arose, SME RE recovered the gasifier system and quickly redeployed it to a new customer. 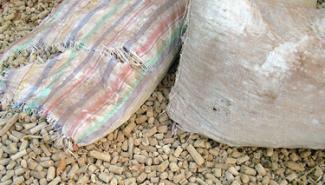 Building on success in Cambodia, SME RE is now looking to expand their business to the rest of Southeast Asia.

"Vietnam is a great expansion market for us," said Seyha. "The Vietnamese government is requiring all brick kilns to become more energy efficient, and to enable such efficiency the government is offering 6 percent financing for environmentally beneficial systems like our gasifiers." SME RE has already signed one contract for a gasifier in a Vietnamese brick factory.

Cambodia has a serious electricity problem and a poor regulatory environment for sustainable technologies. Despite these issues, SME RE is providing an innovative solution that is creating and maintaining jobs in core Cambodian industries by allowing them to remain regionally cost competitive.

Operating in one of the toughest environments for business, SME RE has enabled its customers, through a partnership with E+Co, to take control of their energy future. Creating solutions that enhance financial, strategic and environmental performance will always be a sustainable and profitable business model.

Keith and Amy Sutter are currently traveling the world for a year while documenting efforts in environmental sustainability on their blog, www.GreenAroundTheGlobe.com.

Universities and Companies Aim to Convert Biomass to Energy