[Editor's Note: This article was originally published by Yale Environment 360 and is reprinted here with permission.]

In a different world, it could be a reality television show -- "Buildings On Trial," with a street-savvy engineer going into skyscrapers, factories, offices and other commercial buildings to find the dumb mistakes that make them waste energy and produce a disproportionate share of the nation's global warming emissions.

And in almost every case, even new buildings proudly displaying a LEED green building plaque by the front door, the engineer would come back out with a list of energy hog culprits: Here's the ventilation system fan installed backwards, so it blows full force into another fan blowing in the right direction. Here's the control system set up so heating and cooling systems both work at once, like driving with your feet on the brakes and the accelerator at the same time. Here are the stuck dampers that prevent the building from drawing on outside air when the temperature is right.

Such mistakes are commonplace even in the best buildings -- and often costly. In one case, says Dave Moser of Portland Energy Conservation, Inc., an Oregon nonprofit, it cost a building owner $5,000 to fix stuck dampers -- and cut $50,000 off the annual energy bill. In a case of simultaneous heating and cooling at an 85,000-square-foot academic building, a minor programming fix cost almost nothing and saved $100,000 a year in wasted energy, according to Mark Miller of Strategic Building Solutions, a Connecticut company.

The business of finding and fixing these mistakes is called "building commissioning," a term borrowed from the standard naval practice of commissioning a new ship with sea trials to determine whether it's fit for service. People started doing roughly the same thing with non-residential real estate in the mid-1990s, as buildings with computer-controlled systems became almost as complex as ships at sea.

Commissioning frequently involves no more than a few weeks of testing out systems. But in the most complete form, the commissioning agent works with architects in the design stage, to help save money by specifying properly sized energy systems, then follows the building through construction, trains the operating staff, and tracks energy performance in different seasons through the first year of operation. Older buildings now also go through retrocommissioning, in search of improved efficiency. 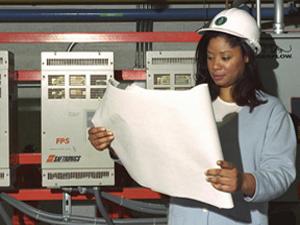 But if you imagine that real estate developers must be lining up for this service -- if only to save money, or determine whether they are getting the building they paid for -- you would be mistaken.

Even now, well under 5 percent -- and probably closer to 1 percent -- of new commercial buildings actually go through the process. Projects seeking certification under the Leadership in Energy and Environmental Design (or LEED) program, managed by the U.S. Green Building Council, can earn extra points by going through "enhanced" commissioning. But they're only required to do "fundamental" commissioning -- a sort of commissioning-lite, potentially performed not by a third party, but by an "independent" employee of the construction manager whose contractors made the mistakes in the first place.

And yet building commissioning is "arguably the single-most cost-effective strategy for reducing energy, costs, and greenhouse gas emissions in buildings today," according to a 2009 report from Lawrence Berkeley National Laboratory.

If applied to the nation's entire non-residential building stock, including retrocommissioning of older buildings, it would yield $30 billion in potential energy savings every year by 2030, the study projects, and avoid 340 million tons of global warming emissions annually.

To put the latter number in perspective, other studies project that the United States is now on a path to increase global warming emissions by more than a third, up to 9.7 billion metric tons a year by 2030. Roughly 35 percent of emissions come from heating, cooling, and providing electric power for buildings and homes, split evenly between commercial and residential. So building commissioning is hardly the only remedy required. But the potential savings ought to make it one of the most attractive.

Why isn't it more popular? A lot of developers, and even some building efficiency experts, have simply never heard of commissioning. Others have gotten turned off, says Glenn Hansen of Portland Energy Conservation, Inc., by early experiences in which "a fairly junior engineer" would go through a building checking off boxes on a clipboard.

In a 2008 study by the New Buildings Institute, the energy performance in many LEED-certified "green" buildings was actually worse than in the average conventional building, probably because inexperienced people doing "fundamental" conditioning had failed to detect problems.

"Just because you have a paper process doesn't mean you're going to get the desired result," says Hansen. As the commissioning industry has matured, he says, it has gotten better at putting together "a team of people who have good in-field experience at shaking buildings out." 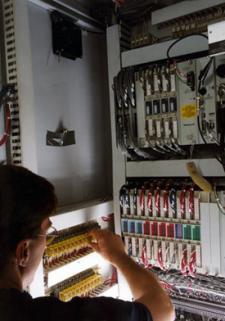 But the main roadblock to building commissioning is that it can seem expensive. And the company that develops a building typically has little incentive to take on that extra upfront burden, since a different company will often end up owning and operating the building.

For new buildings, full commissioning typically adds $1.16 on top of construction costs of roughly $230 a square foot, according to the Lawrence Berkeley National Laboratory study. For existing buildings, it costs 30 cents a square foot. That's not counting the cost of changes recommended as a result of commissioning. But the bottom line still looks good, the study reports: Energy savings from commissioning typically result in a payback time of 4.5 years for new buildings and 1.1 years for existing buildings.

Several new programs attempt to address the problem of one company getting stuck with the upfront costs while another company reaps the benefits from commissioning and other energy efficiency measures.

Last year, the city of Berkeley, Calif., issued the nation's first "property assessed clean energy," or PACE bonds, which pay the initial costs of such improvements on both commercial and residential properties, then recoup the investment over 20 years through a property tax surcharge that stays with the building even as ownership changes. Sixteen states have already approved enabling legislation for PACE bonds, and at the federal level, the Waxman-Markey climate bill also contains supporting language.

On a similar model, an ESCO, or energy service company, will provide efficiency improvements in a building and sometimes guarantee the energy savings that should result; the ESCO makes its money back by pocketing some of the difference between the building's old energy bill and the new one. About 30 U.S. utility companies also provide rebates or other incentives for commercial customers to undergo building commissioning. 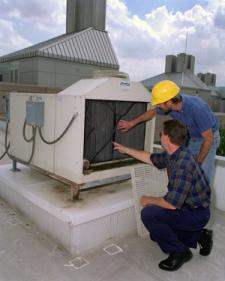 Commissioning of larger commercial properties could eventually be required by building codes. A push for such a requirement recently failed in Oregon. But commissioning is currently under discussion for the 2012 version of the International Energy Conservation Code, which serves as a model for building codes in many jurisdictions.

So-called "monitoring-based commissioning" could also make building owners and operators more comfortable with the idea that the process is actually yielding bottom-line results. Even in the most successful commissionings, says Glenn Hansen, equipment can eventually go out of whack again, or the operating staff can stop paying attention, allowing energy costs to creep back up. But relatively inexpensive control systems now make it possible to monitor usage throughout the life of a building, breaking it down by energy use per degree day, or per square foot, and sending alerts if the chillers, say, start operating inefficiently, or if the whole building misses certain benchmarks.

Given the complexity that makes it prudent for buildings to be commissioned like ships, those kind of monitoring systems can provide critical reassurance. Instead of steering blindly, operators of a building will know hour by hour whether they are in fact heading in the right direction.

Richard Conniff is a 2007 Guggenheim Fellow and a National Magazine Award-winning writer, whose articles have appeared in Time, Smithsonian, The Atlantic, The New York Times Magazine and National Geographic. His latest book is "Swimming With Piranhas at Feeding Time: My Life Doing Dumb Things With Animals." This article was originally published by Yale Environment 360 and can be viewed here.

Retro-Commissioning Revenue Could Skyrocket Beyond $1.8B by 2014

ESCOs and Utilities: Shaping the Future of the Energy Efficiency Business