10 Green NGOs Businesses Should Know About

10 Green NGOs Businesses Should Know About

Nonprofit organizations, or NGOs, have become a growing tool for companies as they strive to reduce their environmental footprints while garnering business value.

NGOs have invested heavily in building expertise in a range of areas, while at the same, the animosity that once existed between NGOs and the business community has steadily thawed. Many now view NGO-business partnerships as the rule, rather than the exception.

The type of NGO chosen by a company often depends on the sector, said Thomas Lyon, editor of the new book, "Good Cop/Bad Cop: Environmental NGOs and their Strategies Toward Business." "There's no one-size-fits-all for which NGOs to work with," Lyon told us.

Who are the NGOs that companies turn to most often -- and most effectively? To answer that question, we spoke with companies with long experience working with nonprofits, scanned our coverage over the last 10 years, and compared notes. Several NGOs stood out for their efforts to show the business community how they could operate leaner, greener, more profitably and more transparently.

While we'd love to offer a ranked list of the absolute best NGOs to work with, there are too many groups out there working in too many areas. And although some of the NGOs listed below received a number of recommendations, they're listed in alphabetical order for simplicity. We'd love for you to share your suggestions for others that have helped you make a difference in your operations. 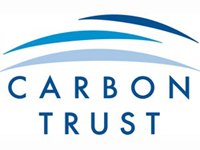 1. Carbon Trust -- The U.K. government established the Carbon Trust as a nonprofit to help the business community move toward a low carbon economy. Its menu of resources is broad and seems to keep growing with programs aimed at companies both large and small.

For example, it helps big companies create climate change strategies, gives small businesses free energy audits and no-interest loans for energy efficient equipment, and even funds budding cleantech entrepreneurs. Its work with product carbon footprinting contributed to PAS 2050, a product life cycle standard tested by the likes of PepsiCo, Cadbury and Coca-Cola. Though based in the U.K., look for a growing Carbon Trust presence in the U.S.

2. Ceres -- Since 1989, Ceres has brought together investors environmental and public interest groups to promote corporate responsibility with the goal of getting the marketplace to recognize and reward companies that incorporate sustainability into their business practices. It works year-round with its network of companies that have committed to sustainability reporting, stakeholder engagement and continuous improvement. It also takes on environmental issues at the sector-level, such as the oil, electric power, insurance and hotel industries.

Ceres holds the bragging rights to several important achievements: it developed the Global Reporting Initiative to help companies report sustainability performance in the same way as financial information; it launched Business for Innovative Climate and Energy Policy with Nike, Gap and others to give companies a larger voice to push for aggressive climate change laws; and it produced the "21st Century Corporation: The Ceres Roadmap for Sustainability," a set of 20 business goals it says will be expected of all companies by 2020. 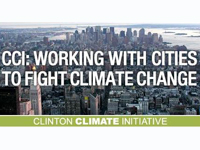 You'll find opportunities to work with the CCI largely in the areas of buildings and waste. Its work partnering with governments, NGOs and businesses includes a building retrofit program that can helps developers and owners improve the efficiency of their buildings, such as the high-profile retrofit of the Empire State Building. Several commercial structures in Bangkok, Mumbai, Chicago and New York are also getting energy face-lifts. The CCI also joined forces with Walmart to curtail the amount of waste it sends to landfills in Houston through a compost program that now includes participants from more than 40 local grocery stores.

4. Conservation International -- It has crossed paths with dozens of companies through its efforts to preserve and protect biodiversity since its founding in 1987. Conservation International (CI) offers two main corporate partnerships: It is well-known for inviting companies to donate to projects not directly related to their business, such as forest protection. It also helps companies create best practices to reduce their environmental impacts, such as helping Alcoa add biodiversity conservation into its environmental policies, advising Starbucks on a range of sustainable issues related to coffee, and working with Walmart to track sourcing for its jewelry products. With new tools on the horizon, CI in also interested in playing a larger role in influencing whole industries toward better green practices, rather than one-off efforts with individual companies.

5. EarthShare -- Its member charities founded EarthShare in 1988 as a facilitator of workforce giving programs to support environmental charities not represented by traditional programs -- sort of a United Way for green groups. The organization now has on-the-ground representation in many states, with 14 state affiliates offering dozens of local giving options and a network that helps companies engage their employees and boost morale.

Over the years, the organization has evolved in lockstep with a changing marketplace that has demanded guidance on growing number of green activities, such as launching green teams, communicating goals internally, and cause marketing opportunities. Now EarthShare is creating package of services to help workplace partners bring their employees on board for green initiatives, support workplace sustainability goals and provide volunteer opportunities.

6. Environmental Defense Fund -- Its 1990 collaboration with McDonald's eventually ended the company's use of foam-plastic sandwich boxes, which it says is the first corporate-NGO partnership of its kind. EDF has since worked with a parade of companies to generate both environmental and business results. It looks for projects that are transformative for industry either in size or by nature, before sharing the results publicly. Its approach is multi-disciplinary, which means its best legal, scientific, engineering and communications minds may end up sitting at the table. EDF expects the same amount of resources from its corporate partners, from which it accepts no money.

It worked with PHH Arval to develop green fleet best practices, helped Wegman's boost sales by improving shrimp and salmon sourcing, and opened an office in Bentonville, Ark., so it could be near the world's largest retailer, which, as a result, said it would squeeze 20 million tons of carbon dioxide emissions from its supply chain in five years. EDF also has an eye on tomorrow's green business leaders with a Climate Corps program that sends MBA students into large companies in search of opportunities to save energy and money.

7. GreenBlue -- Founded in 2002, GreenBlue works mostly with the private sector to make manufactured goods and systems more environmentally sustainable. Its well-regarded Sustainable Packaging Coalition has brought together the brightest minds in business to define what sustainable packaging means and draw up design guidelines, metrics, tools and resources.

Its CleanGredients and Green2Green projects also help manufacturers and building professionals make more environmentally preferable cleaning and construction products. Its recent acquisition of nonprofit Metafore, creator of the Environmental Paper Assessment Tool, adds expertise in paper and forestry product sourcing to its war chest, and it also launched an advisory services program in April to help individual companies. Founders William McDonough and Michael Braungart are no longer affiliated with the organization.

8. The Nature Conservancy -- Formed in 1951, The Nature Conservancy is one of the world's oldest and largest environmental NGOs. It prides itself on its scientific capacity and skill in implementing conservation programs. This set of tools gives The Nature Conservancy the ability to advise companies on large-scale corporate practices and strategies that can be connected to projects on the ground. That means it can help a company understand its global water impacts and then go into the field and work watershed by watershed.

Its work in the areas of fresh water, biodiversity, forestry and land management have led to a variety of partnerships crossing sector lines. It has worked with many organizations, such as International Paper, on large-scale conservation deals, while a recent feather in its cap is an agreement between timber products companies and NGOs that protects a huge swath of Canadian Boreal forest. Separately, it's collaborated with companies such as IBM, Caterpillar and Monsanto to protect and analyze data for the world's great rivers.

9. Rainforest Alliance -- Twenty years ago, Rainforest Alliance could only find a single multinational corporation to work with -- Chiquita -- but its work certifying the company's banana farms and independent producers precipitated a transformation of Chiquita's production practices, leading to better working conditions and yields, reforestation, and lower chemical use, among other improvements. Since then, the NGO has joined forces with some of the most influential names in chocolate, coffee, tea, forest products and tourism industries, promoting and certifying sustainable forestry and agriculture practices, helping companies boost sourcing of sustainable materials and products, and highlighting hotels that commit to sustainable management practices.

10. Rocky Mountain Institute -- Calling itself a "think-and-do-tank," RMI works with companies that want to stretch boundaries and do things that haven't been done before in energy efficiency, transportation, buildings and energy generation.

Established by Amory and Hunter Lovins, the group lent Jones Lang LaSalle and Johnson Controls its analytical expertise in their quest to turn New York City's tallest building into an energy-sipping model for retrofitted efficiency. It assisted Walmart in the redesign of its mammoth trucking system to dramatically cut fuel use, and helped HP rethink the way data centers operate, leading to the development of what could be the world's greenest data center. At the same time, its Project Get Ready brings together auto industry and municipalities to prep the nation's cities for a pending wave of electric vehicles.

Do you have insight, thoughts, or recommendations for any NGOs you've worked with successfully in the past? Share them in the comments below, or email your thoughts to us.

The Clinton Climate Initiative: A Business Solution to Climate Challenges

How NGO Partnerships Have Changed Over 20 Earth Days