How to Drive the Smart Grid Forward: Connect with Consumers

How to Drive the Smart Grid Forward: Connect with Consumers

Almost a year ago, I joined the GreenBiz.com debate about our nation's energy future and clearly stated my backing of smart grid as critical to affecting the rapid change we need on our industry's severely antiquated infrastructure and business models.

Perhaps not unexpectedly, many business, government, academic and consumer stakeholders still question its credibility as the answer to our current and anticipated energy challenges. This past year has shown some acceptance and progress, as well as lessons to move ahead with.

Putting Our Foot on the Accelerator

Many utilities unveiled their smart grid plans -- and even broke ground -- over the past year, and we've started to see headlines move beyond smart meters to encompass more game-changing smart grid efforts such as renewables integration, grid automation, system optimization and electric vehicle preparation. In addition, we've become smarter about how to increase energy efficiencies and utilize cleaner energy sources more effectively thanks to new R&D efforts and market trials. 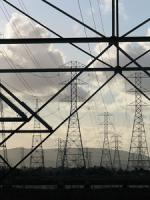 The private and public sectors have begun working toward common goals and have accepted that a collaborative effort is necessary to make smart grid a reality. That's why -- after two years of consultation -- the federal government, state and local officials, utilities, demand response providers, regional wholesale power market operators, electricity consumers and other interest groups finally came together to formalize the National Action Plan on Demand Response.

Significant progress has also been made this year standardizing smart grid technology. The National Institute of Standards and Technology's created a common smart grid framework and interoperability standards.

We've been pushing ahead at a very aggressive pace for months, but not without our share of speed bumps and lessons learned along the way.

I believe one of the most challenging obstacles to overcome as we move along the road to a smarter grid is consumer education.

Policymakers or regulators have to respond to the demands of the public. This is why we saw two game-changing smart grid proposals by Baltimore Gas & Electric and Hawaiian Electric Co. face early setbacks in securing regulators' approvals.  Although on the surface concerns with these proposals seemed primarily rooted in challenges with identified funding sources and determining smart meters' payoff, fundamentally they demonstrated how consumer misperception about what smart grid is -- and is not -- and the resulting levels of public discomfort with their supporting role in such investments -- can influence decisions about how and when to proceed with utility proposals.

Without consumer education, there's a lack of acceptance regarding smart grid's overall purpose and benefits. That causes confusion about the role of smart meters, the value of participating in energy efficiency programs, etc.

Public opinion will ultimately drive decisions by industry and government leaders, which is why I stress the need to focus on consumer education now. We know we must modernize our energy system, and policy, regulatory, and pricing models that go with it, but we have to do a better job of convincing consumers – the real smart grid decision-makers -- of this need.

They need to understand that smart grid encompasses more than just "visible" technologies such as meters and appliances. Most people don't realize that smart grid is about making decades-old transformers more intelligent in order to minimize outages in their homes. And many don't realize that without investment in our infrastructure today, we won't be able to support the electric car tomorrow. We have to educate consumers about everything a smart grid is -- a  way for our nation to regain a competitive edge and maintain energy security.

With 79 percent of consumers unfamiliar with the term "smart grid," much less what is really means, we truly have a challenge for the road ahead.

Despite not fully understanding what smart grid is, the majority of Americans actually support the premise of smart grid. In June, 73 percent of Americans surveyed  said they believe that how electricity is generated and used could affect the country's economic growth, and 63 percent said they would be willing to work with their power company to change their consumption habits. (GE Energy commissioned a consumer survey earlier this summer to better understand the general public's perceptions of smart meters and smart grids. The six-question omnibus survey was conducted in June 2010 by StrategyOne among a census representative sample of 1,000 U.S. consumers via telephone.)

With the seasonal summer impact of increased energy demand, we have an opportunity to communicate the purpose and value of smart grid investments in a way that will resonate with consumers. People may not care about saving a few dollars on their electric bill using insights from smart meters, but they will do whatever it takes to make sure they can turn on their AC as heat indexes hit triple digits.

We have had to work hard to convince government decision makers that smart grid is the right plan of action, which we did despite challenges by early skeptics. Now we must expand our circle of advocates to a much broader and diverse group.

It is time to connect with consumers in way that explain smart grid in terms relevant to their specific interests and attributes: income level, age, green interests, lifestyle habits, change motivators, political engagement, etc. We need to demonstrate that smart grid is a worthy investment with meaningful personal benefits. To succeed, we need to assure consistency in our messages and tactics by designing a consumer education model that can be easily replicated across all markets to move us forward at a more accelerated pace.

Smart Grid: Where Do We Grow From Here?