... Bill and Dave invented stuff in their garage

... Herb Kelleher drew a triangle on a cocktail napkin

As for Kim and Jason Graham-Nye, they were living in Sydney, Australia, when their first child, a boy named Fynn, was born. They didn't want to throw his diapers into landfills. They discovered a small Tasmanian company with a better idea -- flushable, compostable diapers! -- and moved halfway round the world to Portland, Ore., to try to sell these new "green" diapers to American moms. 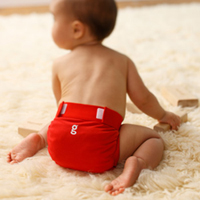 Sure, Procter & Gamble's Pampers and Kimberly-Clark's Huggies still dominate the diaper biz. But gDiapers has been growing by 50 percent a year (including during the recession), it's making money and the upstart brand has a growing army of fans -- 24,000 on Facebook alone -- who are helping to spread the word.

There are at least a couple of things to say about this.

First, never underestimate the power of story-telling in business. People want to do business with companies that are authentic.

Jason never tires of telling stories. He's got an entertaining blog and spends lots of time communicating with customers. "We grounded the business in this Australian idea called 'fair dinkum,' which means being genuine and real with everybody," Jason says.

Second, the disruptive power of the Internet is affecting even businesses like gDiapers which wouldn't seem to be web-friendly. Virtually all of the company's marketing unfolds (no pun intended) online, much it by word of mouth. What's more, roughly 60 percent of its diapers are sold online through companies like diapers.com, whose parent company Quidsi was acquired last fall for $545 million by Amazon. On the web, a little company can look like a big company.

Who would have guessed that people would buy diapers online? "You know, you need 5,000 diapers for your baby," Jason told me. "In the old days, I guess you'd go to Costco and load up." No more.

I caught up with Jason, who's your stereotypical Aussie -- outgoing, fun-loving, outdoorsy -- last week at the State of Green Business Forum in San Francisco. Like me, he's a marathon runner who favors Vibram "barefoot shoes" so we spent half our interview time talking about running. But once we got down to business, I was impressed to hear about the growth of gDiapers. (I wrote about the company for Fortune.com in 2006.)

I'm not going to try to explain the "gDiaper system" myself. The company website says:

gDiapers are plastic-free, elemental chlorine free, latex free, and perfume free. gDiapers biodegradable gRefills can be home composted, tossed, or flushed. They are the only certified 100 percent biodegradable diaper and break down in about 3 months, unlike disposables which can take up to 500 years.

It sounds a bit complicated and, in fact, it isn't as simple as tossing a soiled diaper in the trash. "Our product is harder to use," Jason concedes. "But people persist because they know we're on a mission."

That mission is to do something about waste. Again, from the website: 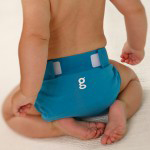 It's not just green consumers who are buying gDiapers, though. Jason and Kim have tried to make them cool and fashionable. The reusable cloth outer layers come in a variety of colors, as you can see here. Pink, orange and, of course, green, too. 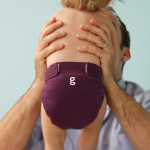 Consumers seem to passionate about the product, and the company. Mommy bloggers spread the word. When Jason wrote on his blog about trouble with the office coffee machine, a Portland customer and former Starbucks worker -- gBarista! -- offered to come and make coffee for the staff of 18. Some customers volunteer to promote the brand at baby shows. The gDiapers Facebook page is busy, with baby pictures and offers to trade or sell the reusable diapers after kids grow out of them.

Kind of amazing, no?

Why GDiapers' Nappies are Coming Up Roses