With its First-Ever CSO, UPS Kicks Sustainability Up to the C-Suite

With its First-Ever CSO, UPS Kicks Sustainability Up to the C-Suite

Scott Wicker started at United Parcel Service, Inc. on his first day of college in 1977. The job was part of a deal with his dad: If Wicker could help support his own expenses, his dad would cover housing costs and tuition at Wayne State. Responding to a flyer posted in a school administration building, Wicker applied to UPS and was unloading big rigs in no time.

Thirty-four years and a couple of engineering degrees later, Wicker's still at UPS. In that time, he's gone from the loading dock to supervising the $50-billion company's sustainability strategy and practices. 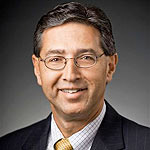 On Wednesday, Wicker got kicked upstairs, becoming the shipping giant's first chief sustainability officer. Wicker was promoted from his former role as vice president of sustainability and plant engineering.

The new title culminates a decades-long process at UPS to elevate sustainability to the company's highest levels of management. "It was strategic decision, made between our CEO and COO," says Wicker. "[Sustainability] is high on their list of priorities, so things get done. "

As CSO, Wicker serves on a steering committee that routinely gathers the company's top brass -- its CFO, CIO, COO, plus heads of marketing and communications, human resources, and communications, among others -- to oversee green strategy and help coordinate efforts of midlevel sustainability working groups across the enterprise.

The approach is part of an effort over the past few years "to really put teeth into our sustainability programs," Wicker said in telephone interview earlier this week. "As sustainability has moved along and we wanted to accelerate that, we needed more structure, and the organization has recognized that fact."

Top priorities for Wicker include devolving sustainability practices more deeply throughout UPS' sprawling global operations. To spread the word, UPS will continue to rely on internal training and communications.

Wicker also sees the profit potential in green service offerings as a way to recruit serious commitment from UPS' sales teams. "We've learned we have a competitive advantage in this area, and staff are always interested in ways to sell our business better from a sustainability perspective," says Wicker. "One of the first places we went was to the sales and marketing team to see the benefits of these programs."

One example of a green feature that is winning over customers, says Wicker, is UPS' push to develop detailed carbon footprint reporting for practically any shipment a UPS customer makes. "Every year, the requirement from our customers gets tougher, so our data has to get better and better," says Wicker.

For instance, the General Services Administration, the federal government's buying arm, is requiring carbon information for its suppliers. For companies working to meet that requirement by measuring and improving their supply chain, "They discover UPS is big piece of their business model."

Behind the scenes, UPS has led efforts to improve the integrity of reporting practices in these areas for the logistics and transportation industry. Recently, UPS collaborated with the World Resources Institute to adapt WRI's latest standards for so-called Scope 3 emissions measurement. UPS has also worked with Business for Social Responsibility's Clean Cargo Working Group, and the Global Reporting Initiative.

To validate its own sustainability report (link to the 2009 version here), UPS turned to Deloitte. The company plans to have a third party validate its carbon data for 2010, to be published in July. UPS reports its own carbon footprint and other sustainability measures to the Carbon Disclosure Project and is part of the Dow Jones Sustainability Index.

"Sustainability is like the wild, wild west," says Wicker. "Absent government regulation, if you're trying to be good, it's not crystal clear what you need to do to be good, so we're always trying to go an extra step to give customers confidence."

Reducing the environmental impact, and energy costs of UPS's huge transportation operations is another high priority for Wicker.

In 2010, the company spent $2.972 billion on fuel. With oil prices skirting along at over $100 per barrel in recent weeks, and shipping volumes picking up with the economy, that tab is likely to grow this year.

While fueling the company's ubiquitous brown trucks may, at first glance, seem to be its biggest environmental challenge, Big Brown's fleet of 216 jets accounts for the largest share of the company's carbon dioxide emissions, about 53%.

The company's fleet of 100,000-plus delivery vehicles -- which includes 18-wheelers, big brown vans, and even motorcycles and tuk-tuk three-wheelers in some countries -- count for about a third. UPS' more than 1,800 facilities make up the balance of its emissions. "Jet fuel is our biggest energy challenge," says Wicker, followed by diesel, then gasoline.

"It's a front-burner issue," says Wicker. "As a company, we'd like to get off of fossil fuels." To cut dependency on diesel and gas, UPS is trying many tricks, including both software and hardware. So-called package flow software technology helps UPS optimize the way it loads, and routes its trucks to minimize mileage.

On the roads, the company is trialing hundreds of vehicles propelled by a variety of cleaner technologies, including hybrid electric trucks, natural-gas and propane powered engines, and hydraulic hybrid systems. "There's no silver bullet," said Wicker, "All the alternatives are more expensive up front, but promise advantages in the long run that we have to explore."

UPS to FedEx: We're Greener Than You

Why UPS Takes Its Role as a Green Supply Chain Seriously