The company’s sustainability effort, which is called Plan A — because there’s no plan B to protect the planet — touches executives, rank-and-file employees, customers and suppliers. Executive pay is based, in part, on meeting sustainability targets. Store managers compete to save energy and waste. Factories and farmers that sell to M&S are rewarded for going “green.” Increasingly, customers are invited to get involved, too.

“Plan A, at heart, is a change-management tool,” says Mike Barry, head of sustainable business for M&S.

I met Mike this week at M&S headquarters in London. M&S is making demonstrable short-term progress towards big long-term goals (about which, more below) but what stuck in my mind were these examples of how Plan A is changing the way the retailer does business:

Cleaning out the closet: M&S and Oxfam have teamed up to reward shoppers for recycling unwanted clothes bought at M&S. The clothes are donated to Oxfam, which raised about £3.3 million ($5.3 million) by reselling them. Anyone donating an item of M&S clothing to Oxfam gets a £5 voucher to use on a purchase of £35 or more on clothing, homeware or beauty products at M&S. This develops brand loyalty, and points to the circular economy of the future, where stuff is recycled and make into something else instead of being thrown away.

Selling energy, along with food and clothing: Capitalizing on the strength of its brand, as well as its reputation for sustainability, M&S has become a retailer of electricity and gas. “The first market proposition is great customer service,” Barry tells me, but once they sign up customers — they have “hundreds of thousands now” — they offer advice on saving energy and saving money, and then try to sell them energy-efficient appliances and home insulation. Again, customers get rewarded with M&S vouchers, so there’s a clear benefit to “green” behavior.

That carbon-neutral bra: M&S’s carbon-neutral undies, unveiled in April, are more than a marketing gimmick. They’re a way to showcase an energy-efficient  factory in Sri Lanka that was built as part of Plan A and powered, in part, by solar energy and hydropower. They were also a challenge for the company, as it delved into the complexities of carbon footprinting (Believe it or not, the bra contains 21 component parts from 12 different suppliers). To offset the CO2 generated by the bra’s manufacturing and shipping, M&S is planting 6,000 trees in Sri Lanka, some of which are lime and mango trees intended to generate income for farmers.

The context for all of these activities is a thorough, detailed and transparent plan — 180 commitments, involving store and fleet operations, farming practices, animal welfare, healthy food, voluntarism, diversity, you name it. Employees are offered free energy monitors and insulation for their homes. Websites are being built for millions of customers who want to set their own personal sustainability goals. Products are being refashioned — every blend of coffee served in M&S Cafes is now Fairtrade, organic and Rainforest Alliance Certified.

All of this is being driven by the bottom line, Mike told me. “There’s no obvious government impetus to keep going,” he said. Nor are customers demanding change, although they want to do business with responsible companies. But, he said, M&S has saved money by becoming more efficient. 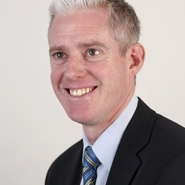 “Irrespective of what others want us to do, we want to keep our costs down,” he said. The company has saved about $80 million per year by focusing on “lots of little things that, on their own, you’d never get to” that were brought to the forefront by Plan A. It has generated another $20 million in new revenues attributed to Plan A. It’s also working to secure future supplies of such key commodities as palm oil, soy, cocoa, beef and coffee.

Of course, everything is not going according to Plan. Sales of organic food are down because of the recession. Business travel reductions have not been realized. Sourcing of sustainable cotton has proved more difficult than imagined.

But, unlike many U.S. companies, M&S is thinking systemically about the environment, going beyond eco-efficiency and aiming for a business model that is truly sustainable.

It’s a bold vision, but until companies rethink consumption, as well as production, they’ll merely be doing “less bad,” when what we need is for business to do more good.

BSR 2011: What a Bra, Beer & Bioscience Tell You About Green Innovation

Plan A Pays Off for M&S: 30% Lower Carbon Intensity than Some Rivals

Let’s go shwopping! (Not a typo)